Hayat Boumeddiene, the so called ‘white widow’ crosses into Syria ?
I spent a pile of time reading up on this Hayat person &  the story of her entering Syria...
My conclusion? Not a bit of this narrative is credible. Not one little bit of it!

Let's start with the images being provided to us by the war mongering media?

Look below at the alleged image of Hayat? 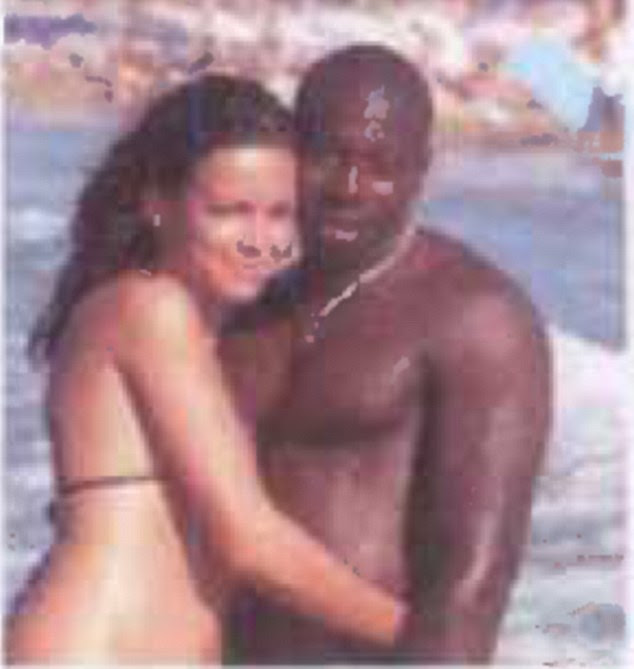 I cannot tell what this woman in the pic really looks like! The image is just terrible!
If this is actually Hayat? Who ever Hayat may be? Is the man at her side, the same man involved in the Paris incident?  I can't tell. It’s simply impossible. The pictures are the worst images imaginable!  Why?

Look at image # 2, below, making the rounds via the war mongering, perception managing media-

Conclusion?  The images of Hayat,  let me correct myself, the images being presented as representing Hayat don't represent any one identifiable person!

If this French citizen, allegedly named Hayat, traveled as we are being told, one would assume she should have a passport and other photo ID that enabled her to get that passport.
So, why are we not getting an image from that passport and the additional forms of ID this alleged French citizen should have? Wouldn't those images and the accompanying documents be much more useful in being able to accurately identify this woman?
The obvious answer to those questions is YES, of course!  But, since, we aren’t supposed to be able to identify this woman accurately.   We don't have to be presented with any clear imagery  or ID.  Therefore, we are being mislead..

Perception management imagery tossed to the side- Let's check out the so called intelligence that allegedly places Hayat in Syria?


Mevlut Cavusoglu told the Anadolu state-run news agency that Hayat Boumeddiene flew to Turkey from Madrid on Jan. 2, then crossed into Syria on Thursday after a stay at an Istanbul hotel, according to NBC News.

French authorities named Boumeddiene along with Amedy Coulibaly, identified as her boyfriend, as suspects in the fatal shooting of a female police officer Thursday in a Paris suburb.

It had been unclear whether Boumeddiene was present Friday when Coulibaly stormed the kosher market and was later killed in a police raid. A police union spokesman told CNN at the time that Boumeddiene was seen escaping from the shop as some hostages fled.

But Cavosoglu's intelligence, which he told the state news agency came from phone recordings, suggests Boumeddiene was not in France when the Paris terror attacks took place.

The phone call places Hayat in Syria! - Note the language on the timeline concerning the call from her phone- That’s right the call from ‘her phone’. That does not tell us she made the call!
This intelligence tells us that a call came from a phone, that is alleged to have been purchased by this woman. This does not tell us that Hayat was the caller! Or that Hayat was actually present in Syria when this call was made!

Wanna make fake phone calls? There is an app for that

There is likely more then one app for that, but, I have linked one below for your perusal
Fake call

Description- Fake call is a fantastic app which allow you to trick your friends and your family in many ways :

Etc, etc, etc.... Give yourself an alibi for a specific moment. Insert the call into call history. Intelligence from a cellphone call? Isn't worth a thing! Nothing! I laugh at this garbage. And so should you! If I was a bettin’ person? - This woman, if she exists at all, is an intelligence asset. If I had to choose a state? I would go with Israel. Israel has much to gain from scaring the Jewish population in France.
Posted by Penny at 10:51 AM