I have long discerned between the goals/ agenda of Turkey the nation state  versus NATO occupied Turkey. Apparently I am one of a few persons who recognize and understand this extremely important difference. Make no mistake it is an important difference! NATO is working directly AGAINST the wishes of the Turkish state, concerning the creation of Kurdistan. This topic has been written about repeatedly-


As recently as yesterday: A Sober Look at the West’s Kurdish Allies. As Opposed to the Alcohol Idiocy...


"Turkish leaders appear to be drawing a firm line against further manifestations of Kurdish separatism, especially in Syria President Erdoğan has stated explicitly that his government will not allow the emergence of a de facto independent Kurdish region in northern Syria akin to Iraqi Kurdistan. That is not surprising. Erdoğan and his colleagues fear that Iraqi Kurdistan and Kurdish-controlled areas in Syria would eventually link up to create an extensive, hostile presence along Turkey’s southern border"

Directly quoting Putin:
I'm also pointing out to my readers that the Guardian is spinning Putin's quote out of context.
Nowhere in Putin's statement was Turkey specifically cited as an accomplice of terrorists
"Putin calls Turkey 'accomplices of terrorists" This is a NATO meme.

Speaking ahead of his meeting with King Abdullah II of Jordan in Sochi, the Russian leader said: 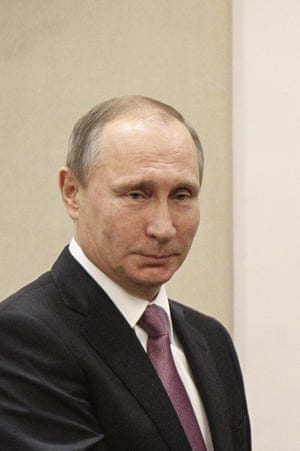 "This event is beyond the normal framework of fighting against terrorism. Of course our military is doing heroic work against terrorism... But the loss today is a stab in the back, carried out by the accomplices of terrorists.  I can’t describe it in any other way. Our aircraft was downed over the territory of Syria, using air-to-air missile from a Turkish F-16. It fell on the Syrian territory 4km from Turkey.

Neither our pilots nor our jet threatened the territory of Turkey. This is obvious. They are fighting terrorists in the northern areas around Latakia, where militants are located, mainly people who originated in Russia, and they were pursuing their direct duty, to make sure these people do not return to Russia. These are people who are clearly international terrorists.

Taking into account that we signed an agreement on deconflicting with the US, and as we know Turkey was among the ones that has joined the US coalition. Since Isis has such huge resources of hundreds of millions and billions of dollars coming from illicit oil sales, and they are protected by the armed forces of other states, then it’s clear why they are so brazen, why they are killing people, why they are carrying out terrorist attacks throughout the world including in the heart of Europe.

We will analyse everything, and today’s tragic event will have significant consequences, including for Russia-Turkish relations. We have always treated Turkey as a friendly state. I don’t know who was interested in what happened today, certainly not us. And instead of immediately getting in contact with us, as far as we know, the Turkish side immediately turned to their partners from Nato to discuss this incident, as if we shot down their plane and not they ours.


- "the accomplices of terrorists" = NATO

-Deconfliction agreement with the US. Leader of NATO

-Turkey is a partner of the US coalition, NATO occupied

-ISIS has resources from illicit oil sales, the US and NATO allies have NEVER ONCE impeded or blocked ISIS from this revenue source.

- Turkey (nation state) and Russia have had good relations "Friendly state"- Who would want to impede that? NATO would. Because NATO is in the process of destroying Turkey


It clear to me that Putin knows this was a NATO operation.

Dear readers: I ask that you consider this question when faced with misleading claims that Turkey "moved it's border"?

Kurdistan through to the Med:

Look at this map and think about where the Russia jet was shot down?
And boy oh boy is it good to know I'm not alone in discussing the NATO creation of Kurdistan aka greater Israel- Christof Lehman March 2015

Email ThisBlogThis!Share to TwitterShare to FacebookShare to Pinterest
Labels: kurds, NATO, Syria, US