The NATO backed rebels must have took a very big hit today!  Or should I say yesterday? Because the road to Aleppo is cleared of explosives and ready for use! And the NATO mercs that survived, fled.

AraNews- Then the reunion of terrorists

“The battle for liberating Raqqa has been agreed upon by major forces in northern Syria, and the zero-hour is approaching,” the rebel commander Abu Issa said in a statement on Thursday.

“We declare Raqqa province a military zone, and the zero-hour will be announced soon for liberating the entire province from ISIS terrorists.”


We being:  The Syrian rebel group of Liwaa Thuwar al-Raqqa, a major ally to the Kurdish forces of the People’s Protection Units (YPG)


Backed by the Lebanese militia of Hezbollah, forces loyal to the Syrian president Bashar al-Assad attacked positions of the radical group of Islamic State (ISIS) in Hama province, central Syria, seizing control of an oilfield with its facilities after clashes with ISIS insurgents, local sources reported on Wednesday.

Speaking to ARA News in Hama, media activist Khaled Mahmoud said that the Syrian army and allied Hezbollah militants forced ISIS to withdraw from an oilfield and its surroundings in al-Salamiyah sub-district in Hama province.

“ISIS has lost dozens of militants during the clashes near Aqayrbat town in al-Salamiyah suburbs,” the source reported.

Subsequent to heavy clashes with the radical group, the pro-regime forces have taken control of several hills on the highway of Khanasser-Ithraya, between Aleppo and Hama.

And a vital road to Aleppo! 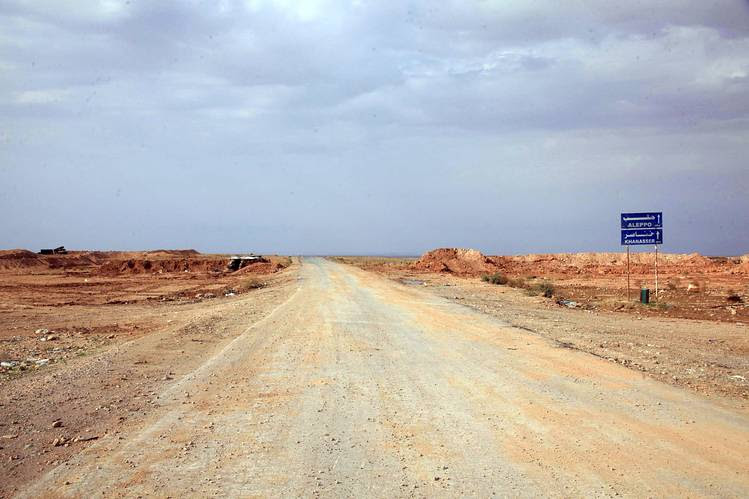 Syrian regime forces reopened a crucial supply line to the city of Aleppo on Thursday, nearly two weeks after Islamic State seized a section of the road and effectively cut off access to regime-held parts of the city.

Regime and allied forces including Iranian and Lebanese Hezbollah militias regained control of the road on Wednesday, after a dayslong battle against the extremists.

Syrian state media reported on Thursday that its army had cleared Islamic State-planted explosives from the road, which runs through the town of Khanaser.

The road now links the regime-held western half of the city of Aleppo and other areas under the control of President Bashar al-Assad. The main Aleppo-Damascus highway was cut off by rebels three years ago, and Khanaser has since served as an alternative supply route.

Its strategic position makes it a key target for both the regime and rebel groups in the area, as well as Islamic State.

To obfuscate the NATO losses, we get the chemical weapons meme.

An international expert group has confirmed that chemical weapons were used in August during a deadly battle in Syria between militants.

One casualty in this 'deadly battle'

A confidential October 29 report by the OPCW, a summary of which was shown to news agencies, concluded "with the utmost confidence that at least two people were exposed to sulphur mustard" in the town of Marea, north of Aleppo, on August 21.
"It is very likely that the effects of sulphur mustard resulted in the death of a baby," it said.


Deadly battle? Something seems off..

I expect that here in North America this chemical weapons tale will be the top story! On the lips of all talking heads! Look for it tomorrow morning- after midnight EST that is.
Back tomorrow!