What’s Behind the Iraq/Turkey/ Mosul Spat? Mosul is still today in Iraq!

I’ve continued to look for more information on Mosul. Which is still in Iraq as of  today!
Knowing the situation was vastly more complex then the simplistic tossing around of  memes such as ‘Sunnistan’, Neo-ottanism and the ‘sultan’ kept me digging for something of substance.
Not saying the article I’m linking below is the final word on the subject of what’s really going on in Mosul. Certainly not. Rather the article provides us a broader, more realistic look at the situation.
Someone here had mentioned the name Fidan and left some info. Very interesting man.

Question is when he tried to resign and run for office he was cajoled back to the Erdogan fold.

Fidan and the Oslo leak that ended the PKK talks
"As part of the the Kurdish peace process to end the 30 years of conflict, the discussion was held abroad between 2009 and 2011 in a series of meetings publicly known as the “Oslo talks.” The talks collapsed after a PKK attack killed 13 soldiers near Diyarbakır in July 2011, soon after their audio recordings leaked online."

His name appears in the article below. It appears Fidan was in Iraq. Negotiating with the government in Baghdad. Let’s read together. Though I’ve already read it twice, I will be reading it again!
David Barchard (unknown to me until today)


Amid the bizarre international row with Turkey, there is a battle between Kurds, Sunnis and Shia Iraqis for the long-term future of Mosul

The announcement on 3 December that Turkey had sent a detachment of 150 soldiers and seven tanks over 100km south of the border to the town of Bashiqa in Iraq added a new and confusing strand to the tangle of international disputes Turkey is currently involved in.

There is a camp in Bashiqa- Turkey has had people there for a good while.
By the way: 150 soldiers and seven tanks does not equal an annexation force. Not in my opinion. 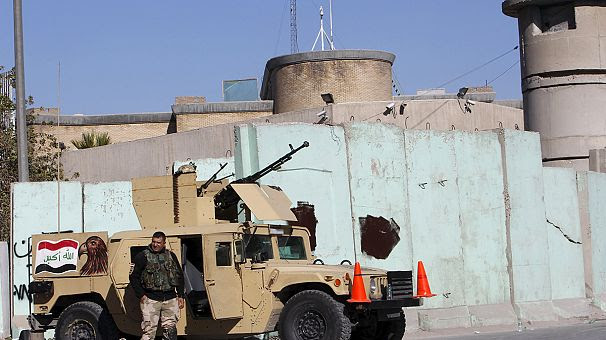 What was the intention behind sending such a force? Who in Iraq wanted it to come - and, given that there were instant Iraqi protests and claims that Turkey had violated international law, how would the detachment be able to stay there?

Who organized the 'instant Iraqi protests'?


Bashiqa (also known as Ba’ashiqa) is a small town about 20km north east of Mosul, the oil-rich Iraqi provincial capital which has been held by Islamic State (IS) militants since June 2014. Its location makes it a suitable staging point for a future operation to drive IS out of Mosul and for that reason a military encampment has come into being there where Turkey seems to have been training soldiers at least since March this year but probably for longer.

As a wealthier, stronger, and more powerful neighbour, Turkey has been drawn ever more directly into northern Iraq in recent decades to the point where the latter has become something close to a satellite state.


As the former imperial power Turkey has close knowledge and links with the tribes and families of Iraq, a structure cross-cutting religious and ethnic groupings which was the basis of Ottoman management of the country but was almost entirely unknown to the Americans during their occupation of the country after 2003.

Turkey has also become the economic powerhouse which has enabled the population of the Kurdish-ruled regions of northern Iraq to enjoy sustained development and prosperity at a level unknown elsewhere in the country. The community of economic interest between Turkey and the Kurds of Erbil has led to a dramatic shift in relations.

To the consternation of Baghdad.


For decades, the Iraqi Kurds and the peshmerga were regarded as dangerous adversaries who were anathema to Ankara as it struggled to subdue its own pro-Kurdish movements. About five years ago, that changed totally. The Barzani government has become one of Turkey’s closest and staunchest allies and in November 2013 Massoud Barzani, the Kurdish Regional Government (KRG) leader, even made a joint speech (read this linked article) with President Erdogan in the predominantly Kurdish city of Diyarbakir.

Recall my posting on the conflict between PKK and the Barzani government? :PKK Challenges Barazani in Iraq- One ring to rule them all?

Just over two years later Barzani is one of the few Iraqi leaders supporting the presence of Turkish forces at Bashiqa. Kurdish leaders say that Turkish troops helped train their peshmerga forces and make them more effective in the fight against IS.

But it would seem that at Bashiqa, long before the attack on Mosul had even begun, a struggle got under way between the various groups - Kurdish, Sunni, Shia and the Baghdad government - who want to lay claim to it when IS is gone.
Turkey feels that its presence there would be a stabilising factor in an extremely unstable situation, one which the former Turkish consul-general in Mosul, Yilmaz Oztürk, warns could be a worse bloodbath than anything seen so far. Oztürk, now an MP for the centre-left Republican Peoples Party (CHP), was held prisoner along with his colleagues for over three months when IS took Mosul in 2014.

Eyes have now turned to the future of Mosul following the fall of another and smaller city, Sinjar (also known as Shengal) on 13 November to a combination of Kurdish and Yazidi forces supported by US air power. (Kurdish and Kurdish forces. Yazidis being Kurds, however, the Yazidi are PKK aligned forces alongside Barzani's Peshmergai)

The future of Mosul, and the stationing of Turkish troops near it, seems to have been among the top subjects discussed by President Barzani during a two-day visit to Ankara that began on 9 December. This visit has to be seen in the context of visits to Saudi Arabia and the Gulf by Barzani just four days earlier: Barzani (reportedly praised by King Salman as a latter-day Saladin) seems to be trying to create a Kurdish-Arab Sunni front in Mosul and its hinterland.

No doubt against the PKK.


This fits neatly with what is known of the attempted Turkish military build-up in Bashiqa. Turkey’s interlocutor there is actually not Kurdish but a staunch leader of the Iraqi Sunni political movement: Atheel al-Nujaifi, leader of the Hashd al Watani, an Iraqi anti-IS Sunni militia.

A former governor of Nineveh Province, it is Nujaifi who created the encampment and welcomed Turkish participation, believed to be around 600 troops. Atheel’s connections are strong: his family first came to prominence under Ottoman rule and his brother, Usama al-Nujaifi, was speaker of the Iraqi parliament and vice-president until the summer of 2015 when that post was scrapped.

When this apparent alliance is born in mind, Turkey’s insistence on staying in Iraq and the refusal of the Iraqi Prime Minister Haider al-Abadi (a member of Iraq’s Shia community) to agree to any compromise over his country’s sovereignty looks easier to understand.

Relations between Ankara and the Shia-led Iraqi central government in Baghdad have long been very cool because of their respective differing sectarian backgrounds.

In this case tempers on both sides have clearly been lost and misunderstandings grown to an unprecedented degree. Two of Turkey’s most senior officials, Feridun Sinirlioglu, undersecretary at the Foreign Ministry, and Hakan Fidan, the national intelligence chief,  travelled to Baghdad on 10 December and returned home after talking with al-Abadi in the belief that they had agreed on a "mechanism" to resolve the dispute. Instead al-Abadi turned immediately to the United Nations, an apparent volte-face which President Erdogan described as "not honest".

After Hakan Fidan returned home, believing he had settled the dispute,why did Al Abadi go to the UN? Particularly after it was reported that Iraq was not going to take this issue up with the UN. Over 48 hours later- Mosul Still in Iraq. And no "Sunnistan" on the Horizon?
Looking for input from some knowledgeable readers???


However the next day Turkey’s Prime Minister Ahmet Davutoglu indicated willingness for a compromise, declaring that Turkey would "reorganise" its military presence at Bashiqa. His words apparently followed a telephone conversation with the US Vice-President Joe Biden.

Why did Davutoglu agree to 'reorganize' after a call from Joe Biden? Where was Erdogan? Is Davutoglu closer to the US then Erdogan?


By 6 am on Monday morning a limited Turkish troop withdrawal had begun. Diken, a Turkish web newsportal, quoted an unnamed peshmerga commander as saying that it was "being done for show" and that 144 soldiers had gone - which would probably leave the Turkish contingent at Bashiqa at 450. The departing soldiers, the commander expected, would be stationed elsewhere in northern Iraq.

Any plans that did exist to push IS out of Mosul have presumably been badly set back by this dispute, while there is still no agreement between the different groups yearning to make it their own.


So Biden's call, which resulted in a limited Turkish withdrawal, sets back the removal of ISIS from Mosul. If the US was truly at war with ISIS and really wanted Turkey to participate in ridding the globe of ISIS,  why request or demand a troop withdrawal from such a strategic area?