Points covered in previous post: Syria:NO Peace Talks- US to Intensify ISIS "fight" & Israel wants a Kurdish State
*Still doubting the Geneva talks will take place-
*Israel’s call for a so called “kurdish state” should’ve come as no surprise to anyone that reads here
* Israel and Sunni Muslims have long been allied and Kurds are largely Sunni Muslims.


"We must openly call for the establishment of a Kurdish state that separates Iran from Turkey, one which will be friendly towards Israel"

As previously mentioned P5+1 was a ruse. Early Seeds of Iranian destabilization cross the Turkish border

How much territory has to be annexed  from Turkey and Iran to create Israel’s dream ally? 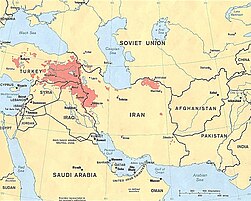 This is the airbase the US created alongside their Kurdish militia (YPG/PKK) in stolen Syrian territory. It's been previously mentioned at the blog

A small team of U.S. troops is setting up a base camp at Rmeilan Air Base in the Syrian Kurdish region near Syria's Iraqi and Turkish borders, according to local reports.

The airfield was until recently under control of the Syrian Kurdish forces, known as the YPG, but was turned over to the U.S. to help expand American support for the Syrian Democratic Forces, which is the loose-knit coalition of American-backed militants fighting the Islamic State group.

"Under a deal with the YPG, the U.S. was given control of the airport. The purpose of this deal is to back up the SDF, by providing weapons and an air base for U.S. warplanes," an SDF spokesperson,


The SDF is the YPG/PKK  Kurds with Arabs in the mix. Same as ISIS. Very clearly the YPG/PKK gave the US control of the airport so the US can assist the YPG/PKK in annexing more territory and helping to create Israel’s best ally in the area.


Rmeilan is near some of Syria's major oil production facilities.


Since it was always KurdIShIS shipping out oil from Syria and Iraq, through southern Turkey supplying mostly Israel, etc As covered very clearly in this previous post: Carving Turkey After a NATO Roasting- Claims vs Reality Read the articles that deal with oil smuggling- The Kurds have been shipping oil out from Syria and Iraq to their besties in Israel- one has to understand that when the headlines claim Israel buys most oil smuggled from ISIS territory - report   We are talkin' KurdIShIS


The airfield is in the Hasakah region, where American-backed militias have been mounting offensive operations against Islamic State-held territory northeast of the extremist group's stronghold in Raqqa.

It is also near a key supply line connecting Raqqa to the Islamic State group's second major city, Mosul, Iraq. Cutting that supply line is a key piece of the current American strategy for defeating the group.

In an area that is conveniently connectable to Mosul- perfect for expanding Israel’s ally:  Kurdistan- Where have I seen this exact scenario play out previously? Recall? Sinjar: Creating a Crucial Supply Route for KurdIShIS & Annexing Iraqi Territory

Control of the airfield would help U.S. troops expedite delivery of weapons and ammunition to the region as well as operate more aircraft such as medevac helicopters, armed drones or intelligence, surveillance and reconnaissance platforms.


NATO discussing request for AWACS surveillance aircraft in Syrian anti-'IS' fight
Really have to chuckle at that headline- The use of AWACS has nothing to do with any sort of anti -IS fight. AWACS are used for surveillance of other aircraft. 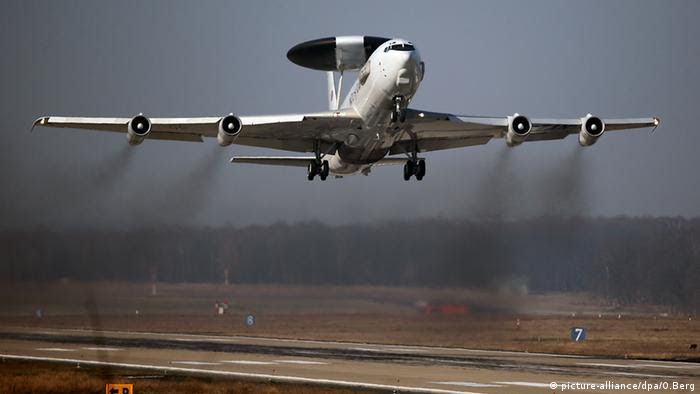 KurdIShIS doesn’t have an airforce, except for NATO’s. So, who might these AWAC's be used against? We will get to this shortly.


"We can confirm there has been a request for concrete support from NATO to the anti-[IS] effort in the form of NATO AWACS surveillance planes," the official said on Friday.

The unit of AWACS - Airborne Early Warning and Control System surveillance planes - comprises more than 20 planes which can locate and identify other aircraft more than 400 kilometers (643 miles) away.

The fleet could act as flying command posts, communicating with other aircraft, helping to warn of threats and coordinate coalition airstrikes against IS.


Regarding the intended AWAC target?

Ignoring Rudaw's headline- The area where Russia is setting up the airport is still controlled by the Syrian government:

Russia and US setting up shop in that part of Syria is a highly notable development in the Syrian conflict.

To this date the US and Russians have been operating in mostly separate parts of the country. US air power has been focused solely on bombing ISIS in the east and northeast while Russian air power has been bombing various forces fighting the regime of President Bashar al-Assad across Syria.