After declaring autonomy, Syrian Kurds (behind the scenes) ‘open to ties with Israel’

Not the least bit surprising.

“[The Syrian Kurds] are a community of people who are willing to cooperate with Israel,” Professor Ofra Bengio, head of the Kurdish studies program at Tel Aviv University, told The Times of Israel on Thursday.

There have not been any pro-Israel public declarations by Kurdish Syrians leaders, Bengio said, “but I know some that some have been to Israel behind the scenes but do not publicize it.”

The Kurdish expert said that she has made personal contacts with Syrian Kurds who would like to send the message that they are willing to have relations.

“This is like the Kurds of Iraq behind the scenes. Once they feel stronger, they can think about taking relations into the open,” she said.

Israel has had a secretive relationship with the Iraqi Kurds, including limited military assistance, and Israel has been a willing buyer of the KRG’s oil. When the autonomous Iraqi region decided it would defy Baghdad’s orders last year and begin selling its own oil directly, Israel was one of the first countries to give the Iraqi Kurds the economic outlet and much needed money to fund their fight against the Islamic State.

A report by the Financial Times estimated that Israel had purchased 19 million barrels of Iraqi Kurdish oil, worth roughly $1 billion, between May and August of last year.

Bengio believes Israel should move quickly to give behind-the-scenes support to the nascent Syrian Kurdish polity.

“This is the most effective party that can defeat the Islamic State and stand as a bulwark against it. The more ways we can find ways to cooperate with them the better for us,” she said.

So expected! So predictable!


Making a comparison to when Israel’s Arab neighbors immediately declared war on the nascent Jewish state after independence was declared in 1948, Bengio said, “The Kurds in Syria were a non-entity in 2012. In a few years, they have been building their state while fighting for it at the same time, just like what happened with Israel.”
“Israel can gain friendship with a party that is stable, pro-Israel, more democratic, more open and liberal. The role of women in Kurdish Syria is open, more egalitarian than any other place in the region,” she added. 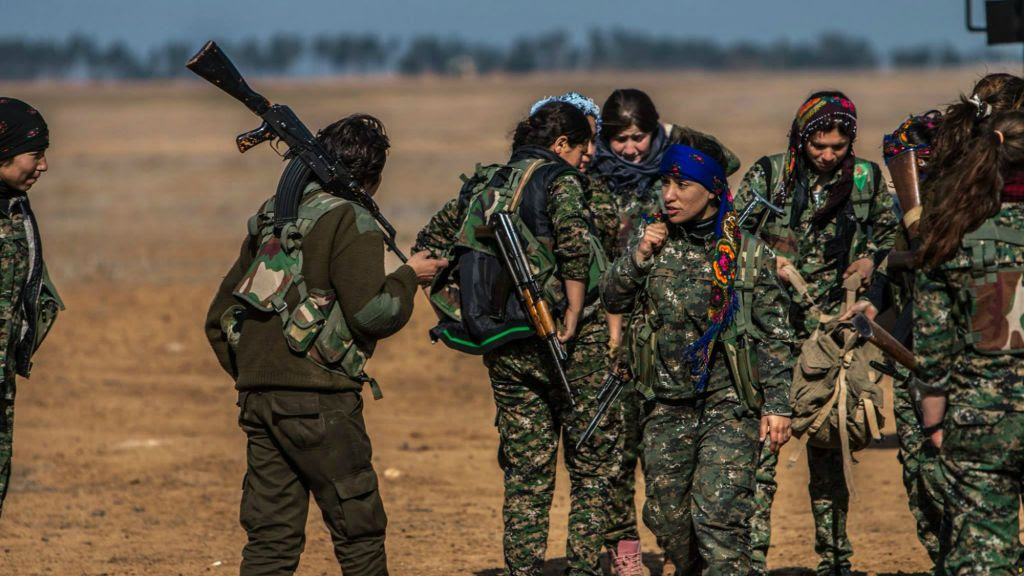 Every meme reinforced- Israel/Kurd similarities- LOL on the democratic nonsense- How about authoritarian? Dictatorial?

In June of 2014, Prime Minister Benjamin Netanyahu expressed support of the Kurdish cause.
“We should … support the Kurdish aspiration for independence,” he said, adding that the Kurds are “a nation of fighters [who] have proved political commitment and are worthy of independence.”

More recently, in January, Justice Minister Ayelet Shaked called for an independent Kurdistan between Iran and Turkey, and urged an enhanced policy of cooperation between Israel and the Kurds. (covered that call in an older post, which I will relink later)

Boy, oh boy- this ties in perfectly with the earlier post:

Bengio dismissed Turkey’s accusation that the PYD is a terrorist group. She said that even though the PYD is linked to the PKK, it did not carry out terrorist attacks, nor does the US label the PYD a terrorist organization as it does the PKK.


Of course she dismissed that accusation- Same as the NATO msm and NATO alt media do!


Though relations between Syrian Kurds and Israel would be secret, Bengio believes that Israel should stand strong in its support of Syria’s Kurds and break the linkage between its relations with Turkey and that of the Kurds. She cited Turkey’s support of Hamas while it continues to have relations with Israel.


“Israel should openly support and endorse Kurdish aspirations in Syria and the Syrian political factions should publicly declare these relations. At the end of day, this will be good step for the stability and coexistence in the region,” he said.
“Israel can have a trustworthy and reliable ally in the new Syria and I think the Kurds are the ones ready for that,” he added.