Coup In Turkey? Neo-Cons Talk Coup & Partition- Juncker: No accession to EU for Turkey in next 10 years!

This from the same man who made the case for the partitioning of Turkey!
And the creation of Kurdistan- with it’s capital in Diyarbakir, not Erbil.
Is Turkey Heading to Partition? American Enterprise Institute 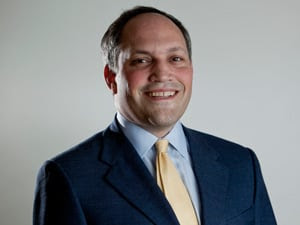 Michael Rubin is now talking about the potential for a coup in Turkey- And how the US will look the other way- Which they will, since the US is 100 percent on board with destroying Turkey!

So if the Turkish military moves to oust Erdogan and place his inner circle behind bars, could they get away with it?

In the realm of analysis rather than advocacy, the answer is yes. At this point in election season, it is doubtful that the Obama administration would do more than castigate any coup leaders, especially if they immediately laid out a clear path to the restoration of democracy. Nor would Erdogan engender the type of sympathy that Egyptian President Muhammad Morsi did. When Morsi was ousted, his commitment to democracy was still subject to debate; that debate is now moot when it comes to the Turkish strongman. Neither the Republican nor Democratic frontrunners would put US prestige on the line to seek a return to the status quo. They might offer lip service against a coup, but they would work with the new regime.

Of course the US would work with the new regime! They would be the ones that would install the new regime! Israel is just awaiting the destruction of Turkey.. And all you cheerleaders out there are doing Israel & US bidding! Doing your best for NATO to remake the ME.

PKK Ended Ceasefire Weeks Ago? A stream of the latest news

NATO Bows Out on Turkey. Turkey and Article 4

*Carving Turkey After a NATO Roasting- Claims vs Reality

*Turkey and the Discourse of Authoritarianism/ The West's Delusion of Morality

Of course there is lots more information posted here on NATO's knifing of Turkey
In favour of Kurdistan or Israel 2.0

And for the disinfo con artists who claim this is all about Turkey getting in the EU- Turkey holding the EU hostage? Baloney! I've already stated my beliefs that what's left of Turkey will be allowed into the EU.The EU is stringing Turkey along- Pure and Simple

Turkey not ready for accession to EU for 10 years: Juncker

Turkey's EU membership is not expected in the next 10 years, urged President of the European Commission Jean-Claude Juncker.


Speaking to the German Handelsblatt newspaper on March 16, Juncker said "Turkey is currently not ready for accession".

Jean-Claude Juncker expressed he was "cautiously optimistic" about an agreement expected to be reached for an EU-Turkey action plan to tackle the refugee crisis.

The EU and Turkey have paved the way of visa liberalization negotiations in exchange for Turkey's help to stem the refugee flow.

"In the coming days, we will conclude a binding agreement with Turkey, which we had already prepared during the last summit" Juncker told Handelsblatt newspaper.

"Every illegal migrant will go through an individual asylum process [and] will always have a right to appeal" Juncker added via his Twitter account.


By engaging in what I know to be deceptive behaviours they are feeding, promoting and encouraging the newest Sykes Picot. The refugee crisis. Ethnic cleansing. Destabilization. War. Environmental Destruction. The destruction of  culture.  And more. I can't promote that here. I have to live with me. And the person I am, can't accept these deceptions.

To Thine Own Self Be True

Newsweek has picked up Michael Rubin's AEI's oped: Will There Be a Coup Against Erdogan in Turkey

I had not noticed any mainstream media outlets using his Turkish partition piece. So, it is very interesting that Newsweek has chosen to publish this specific opinion piece. Is a narrative being prepped for the masses? I wonder? Stay tuned readers, stay tuned.
Posted by Penny at 11:19 AM