Perception: How an event is perceived can make the difference between success and failure.

I do not sit in the camp of the Mockingbird media, msm and alternative.  Those who are busying themselves with common appeals to ridicule and other mind games.  1- “keystone coup” to manage the readers perception.2-  The big boys at WSJ "Keystone Coup

But I think there is a bit more then just ridicule going on. Particularly with the use of  the term Keystone Coup! I mean why not a 'Police Academy coup'- LOL Or how about a "Car 54 where are you?" Everyone would have got the ridicule aspect- hahaha- Keystone Kops- is certainly not a phrase everyone would understand Considering the Keystone Kops were popular nearly 100 years ago!

With ridicule on the most superficial level addressed, embedded within the use of the term keystone coup are two even more intriguing connotations: I’m going to list them both, they are acknowledgements of western involvement, that is flying over the heads of the gullible masses.

An obfuscated  acknowledgement that Gulen was behind the coup?

“keystone" comes from architecture and refers to the central, wedge-shaped stone in an arch, which holds all the other stones in place 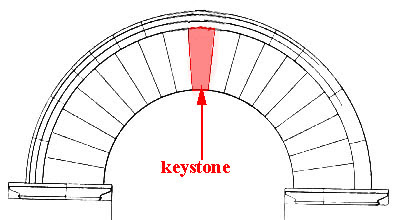 The central stone which holds all the others in place.

Like a central agency? Like the Central Intelligence Agency? Ah boys and girls, I think the powers that shouldn’t be are having an inside joke at the expense of the masses. Both acknowledging their involvement and yet distancing themselves from their failed coup-
By using one word with multiples of meaning..   We've talked about this on a number of occasions... “Cause you know sometimes words have two meanings”


In the short time the coup attempt lasted nearly 300 people were killed- There seemed to be no lack of violence in those few hours. Obviously the whole country was not locked down and it was never going to be. Just not possible to secure every city, every airport, every bus and train station.  And it’s not realistic to expect that to happen.

What the coup plotters need was to project power- Plain and Simple. And they didn’t!
Where did they fail?

1- They could not grab Erdogan:  There is evidence to suggest this was attempted and failed

2- The second failure came as a consequence of the first failure-  Once Erdogan was able to get a message out to the people- the coup plotters attempt to project power was a fail!

Not enough of the populace believed the coup plotters had the power- perception being the crucial necessity for a coup to succeed-  the people poured into the streets and it was pretty much over!

It is as straightforward and as obvious as that!

It seems sensible that Erdogan had foreknowledge of the coup plot. Had the Russians tipped him off? The Iranians? Had they all worked together?  The Russians surely had much to gain by tipping off Erdogan Pulling the rug from under Kerry and his dangling carrots aka offers. Quashing the Black Sea NATO base- Covered here.

"Paradoxically, what today promotes the rapprochement between Russia and Turkey is Moscow’s extremely negative attitude toward the activities and ideas of Fethullah Gulen.

"As over-excited former CIA ops were blaring on US networks – and they do know a thing or two about regime change — rule number one in a coup is to aim at, and isolate, the head of the snake. Yet the wily Turkish snake, in this case, was nowhere to be seen"

Meanwhile, Erdogan’s Gulfstream 4, flight number TK8456, took off from Bodrum’s airport at 1:43 A.M. and flew for hours over Turkey’s northwest

Why just over the northwest of Turkey? Other then knowing it was safe? What was going on in the rest of the Turkish skies that made them unsafe?


And yet the two key armies positioned in the Syrian and Iranian borders remained on “wait and see” mode. And then, at 2 A.M., the command of the also key 7th army based in Diyarbakir – in charge of fighting the PKK guerrillas – proclaimed his loyalty to Erdogan. That was the exact, crucial moment when Prime Minister Binali Yildırım announced a no-fly zone over Ankara.
That meant Erdogan controlled the skies. And the game was over

So the number one eyebrow-raising possibility is a go; Erdogan’s intel services knew a coup was brewing; and the wily Sultan let it happen knowing it would fail as the plotters had very limited support.


"So if the Turkish military moves to oust Erdoğan and place his inner circle behind bars, could they get away with it? In the realm of analysis rather than advocacy, the answer is yes.

At this point in election season, it is doubtful that the Obama administration would do more than castigate any coup leaders, especially if they immediately laid out a clear path to the restoration of democracy.

Turkey’s NATO membership is no deterrent to action"

Turkey's NATO membership was never a deterrent to a coup, or destabilizing Turkey via stay behind proxies the PKK.  Of course the coup plotters ,who have not been castigated by Obama, did state they were going to restore democracy.

Coincidentally Pepe is speaking my language "His order of the day is to prevent by all means an autonomous state entity in northeast Syria – a "Kurdistan" set up like a second Israel supported by the US."

Yup! How long has that been stated here? Kurdistan aka Israel 2.0

Gallier raised the LIHOP scenario, in a comment from a few days ago:
Same as I had mentioned on Saturday-


gallier2July 17, 2016 at 2:37 PM
In a comment on E&R where they presented a scenario compatible with yours, there floated an idea that I found interesting. They noticed that the coup attempt was quite ill conceived and poorly implemented, a lot of people conclude (wrongly imho) from it that Erdogan has done on purpose (false flagging). I tend more to think that it was more a lihop operation (probably with Russian inteligence as you noted). The original idea of that comment was that the announcement of warming relations between Russia and Turkey last week that had us all puzzled, was in fact the bait that forced the hand of USrael/NATO to handle, and handle quickly or else they would lose completely the momentum.

And we're back to the Turkish/Russian relations warm up- Did this move force the hand of CIA/NATO? It's entirely possible. This was mentioned in Saturday's post. In my opinion the LIHOP aspect is further bolstered when Putin phones Erdogan immediately after the coup attempt

Iran was openly supportive of the coup take down. Long time readers are aware that Turkey and Iran have good relations, thanks again to a common enemy.

Many of the images that had been passed around on Saturday have been shown to be misleading- I had a link here to another article, but, can't find it as of yet.

And finally from Ally- Sibel Edmonds and James Corbett:

Before I get to the most recent video I want to relink the post from 2015 which contained Sibel Edmonds commentary about the possibility of a coup & my statement at that time! ( of course the video is mia) Sibel Edmonds Explains the Erdogan Takedown

Most important points: Erdogan is under the Gun. As has been mentioned here for well over a year now!  The Alt media is indeed singing from the same playbook as NATO- I've made note of that on any number of occasions-


James and Sibel lament the lack of diverse coverage regarding the obvious and impending destruction of Turkey- Obviously they don't read my blog! Since I started talking this up and finally writing about it over a year ago! All the while taking a ton of flak for this theory.

The signs were there to be seen, quite openly placed too. I wrote about the destruction of Turkey November 2014:


"Identity politics has been co-opted by the neoliberal technocracy to divert attention from wealth inequalities, the d