Turkey’s Coup Plotters Outing Themselves including Requesting Asylum in the US!

WSJ presents this as Turkey hunting coup plotters. Reality? -These suspicious persons are outing themselves!!


Two Turkish military attachés posted in Greece and their families disappeared just before a request from Turkey on Sunday to have Athens revoke their diplomatic passports, according to a person familiar with the matter.

Foreign Minister Mevlut Cavusoglu said that the Turks had boarded a ferry bound for Italy, but that their current whereabouts were unknown.

Turkey, wants the traitors back, but, they're gone! 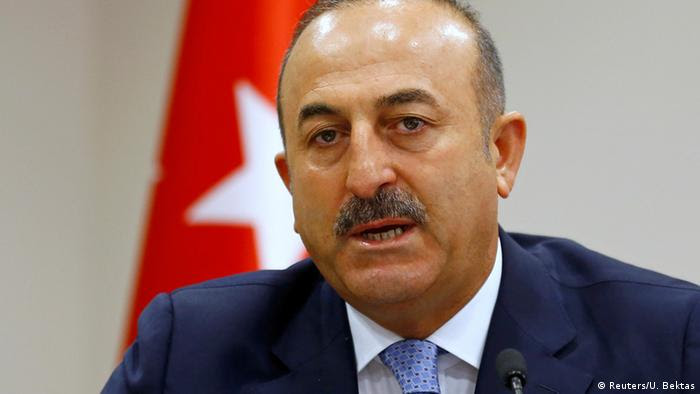 They had boarded a ferry for Italy with their families on 6 August. One of them had a brother in the Netherlands, the foreign minister said.

This followed the July 15 coup attempt, after which President Reccep Tayyip Erdogan initiated a purge of the military and public services.

A Turkish Military Officer Stationed in Norfolk Virginia has requested asylum in the US.


In addition, one Turkish military officer stationed at the North Atlantic Treaty Organization’s allied command in Norfolk, Va., has requested asylum in the U.S., according to Turkey’s state-run Anadolu Agency and a U.S. official familiar with the matter. Rear Adm. Mustafa Zeki Ugurlu hasn’t been heard from since leaving the NATO base July 22—a week after the failed coup, Anadolu said.

Meanwhile, two Turkish civil servants in Bangladesh fled to New York, and another in Kazan, Russia, went to Japan after the coup attempt, Mr. Cavusoglu said. Turkish authorities are in contact with their foreign counterparts to secure their return, he said.

U.S. officials declined to comment on that case and Japanese officials didn’t immediately respond to an emailed request.

Greek officials declined to comment on the two military attachés who had been posted in Greece.

A spokesman for Italy’s Foreign Ministry said it hadn’t been informed by Turkey about them and didn’t know if they were in Italy. The Interior Ministry had no immediate comment.

A Turkish military officer on a U.S.-based assignment for NATO is seeking asylum in the United States after being recalled by the Turkish government in the wake of last month's failed military coup, U.S. officials told Reuters.

The two U.S. officials, who spoke to Reuters on condition of anonymity, said the Turkish officer was working at the headquarters of NATO's Allied Command Transformation, located in Norfolk, Virginia. They did not name him or offer his rank.

However, an official at Turkey's embassy in Washington said Turkish Navy Rear Admiral Mustafa Ugurlu had failed to report to authorities after Turkey issued a detention order for him last month.
"On July 22, on that day he left his badges and his ID at the base and after that no one has heard anything from him," the official said, also speaking on condition of anonymity.


Turkey’s military attache in Athens, Staff Col. Ilhan Yasitli and naval attache Col. Halis Tunç, had disappeared along with their families, according to several media reports on Aug. 10.

Their whereabouts were unknown, as the two attaches did not attend a NATO handover ceremony on July 29 at the Salamina Naval Base near the Greek capital, the agency confirmed.

Carnegie Europe: Did Turkey’s Moves Toward Russia Provoke the Coup?


The increasing signs that Erdoğan was mulling a new great alliance with Moscow and Tehran set off the alarms. Was this the immediate reason for the failed coup? Turkish journalists have for a few months commented in private that the Turkish Air Force F-16 fighter jet that shot down the Russian bomber was a rogue unit operating outside the chain of command. They were told to keep silent, but on the night of the coup the early news that as many as six F-16 had begun flying over Ankara at very low altitude and with their transponders turned off sounded like a confirmation. In what must be one of the most remarkable facts about the coup, we know that one of the pilots aboard the rebel fighters the night of the coup was in fact the pilot who shot down the Russian plane in November 2015.


The maneuver back then certainly derailed the rapprochement between Ankara and Moscow, but only for a few months. When it was resumed a month ago, there must have been a sense among sectors of the army, mostly associated with the Gulen movement, that time was running up. A number of the implicated officers knew that the coup would endanger Turkish chances of accession to the European Union, but they must have thought that the chances were even lower if nothing was done. Was this the motivation for the coup attempt? There are strong reasons to think so.

As a final twist, we should mention the reports about a direct Russian role the night of the failed coup. Fars news agency of Iran (closed linked to the Tehran government) quoted diplomatic sources in Ankara as saying that Turkey's National Intelligence Organization received intelligence from its Russian counterpart that warned of an impending coup. Russia is uniquely placed to have access to intercepted communications from its intelligence bases in the Syrian province of Lattakia. The same sources said that the shift in Erdoğans foreign policy in the weeks before the coup ultimately saved him, as it is not clear the Russians would provide him with the prized intel otherwise. In a press conference on July 21 the Kremlin denied any prior knowledge of the failed coup.

Watch Toner answer (squirm, deflect and avoid) questions regarding the coup and Gulen


Turn On, Tune In, Play Pokemon Go (Drop Out)