Will the US give up Gulen? I don't think so, but, apparently Turkey will find out "in a few days"

After stumbling across both the Gulen and Turkey wall news, articles appeared in my news feed regarding Putin visiting Turkey:

YEREVAN, SEPTEMBER 28, ARMENPRESS. Russian President Vladimir Putin may visit Turkey in October, Kremlin spokesman Dmitry Peskov said, reports TASS.
"We do not rule out such possibility," he said. "When all the preparations are completed, we will make a relevant announcement," Peskov added.

Earlier on Wednesday, the President of the Union of Chambers and Commodity Exchanges of Turkey Rifat Hisarciklioglu said at a meeting with Russia’s First Deputy Minister of Economic Development Alexey Likhachyov that Turkish government was expecting the official visit by the Russian President to take place in the beginning of October.

"It is a great pleasure for us and we are looking forward to Russian President Vladimir Putin’s official visit to our country, anticipated for the beginning of October. We expect that during this visit, major projects such as the Turkish Stream and a decision on lifting some restrictions imposed on Turkish businessmen in Russia, will be discussed" Hisarciklioglu said. 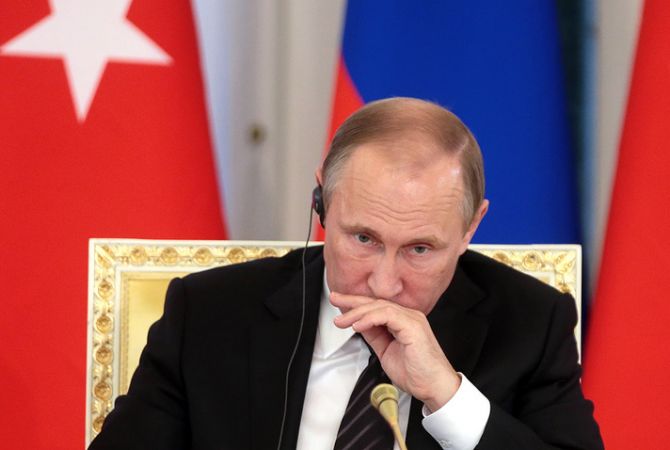 
Putin due in Turkey on Oct 11 - UPDATED

Baku – APA. Russian President Vladimir Putin will pay a visit to Turkey on Oct. 11, marking his first visit to the country after relations between Ankara and Moscow were put back on track following a crisis last year, Kanal 24 has reported.

The Russian president is scheduled to visit Istanbul on Oct. 11, the channel said.

One item from Armenia and one from Azerbaijain-


Which seems oddly synchronistic to:

By the way.... Locally, speaking. The squirrels are getting their winter fur!! Saw a fox yesterday and it too was looking much fluffier then when I had last seen one mid summer- It's may just be an early winter here in southern Ontario.

That said, back to cleaning my car
Posted by Penny at 12:29 PM