No such thing as bad PR! 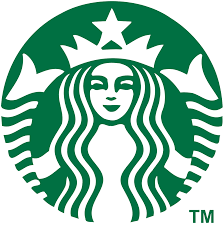 - The United States has warned its citizens to avoid Starbucks coffee shops and other businesses catering to Westerners in the Turkish city of Gaziantep, near the border with Syria.
In a security warning sent to U.S. citizens Thursday, the U.S. Embassy said Turkish police were investigating a "terror cell" in Gaziantep that could be targeting "shopping centers, Starbucks, Big Chef Restaurants" and other businesses in the city.
The warning did not specify the organization that is under investigation.


US warns of 'Starbucks attack risk' in south Turkey

The United States has warned of the risk of a terror attack in the southern Turkish city of Gaziantep close to the Syrian border on businesses frequented by Westerners, including the popular coffee chain Starbucks.
The US embassy in Ankara said in a message to citizens that there are reports of a police investigation into a "terror cell" in Gaziantep, which in August was hit by a deadly suicide bombing on a wedding blamed on Islamic State (IS) jihadists.
It said the information suggests the jihadists are "possibly targeting" shopping centres, Starbucks, the popular upscale Turkish restaurant chain Big Chef or other businesses frequented by Western customers.

In 1998, Schultz was awarded the "Israel 50th Anniversary Tribute Award" from the Jerusalem Fund of Aish Ha-Torah for "playing a key role in promoting a close alliance between the United States and Israel".[26][27