Well, well, well... doesn't the resignation of Flynn get more and more interesting ????

The official said preparations had been under way to replace Flynn for a long time. The person asked not to be identified discussing a personnel matter.

Harward is a retired vice admiral who once served under Defense Secretary James Mattis.

Harward is a most interesting individual particularly when one considers the post of February 10/17: "How America Could Stumble Into War With Iran" ? Elliot Abrams Nixed


"In Donald Trump’s first term there is a serious possibility of a military conflict, whether intentional or inadvertent, between the United States or Israel and Iran. What follows is how it could unfold, and how it might be avoided"

Let's take a gander at Harward

Robert Harward: Everything you need to know about possible national security adviser

Here’s everything you need to know about the man who could serve as Trump’s chief White House adviser on national security issues.

What he used to do:

Harward was appointed in 2011 as the deputy commander of U.S. Central Command, serving under then-commander Mattis, until his retirement from the military in 2013.

Before that assignment, he was the deputy commander of U.S. Joint Forces Command and commander of Combined Joint Interagency Task Force 435 in Afghanistan.

Harward enlisted in the Navy and was later awarded a fleet appointment to the U.S Naval Academy, from where he graduated in 1979. He qualified as a surface warfare officer aboard the destroyer USS Scott before joining the Naval Special Warfare community. Harward was the “Honor Man” of his Basic Underwater Demolition/SEAL class 128, an award given to the most outstanding member of the training course.

Throughout his distinguished career, Harward has been stationed around the world, but also worked for the executive branch in the nation’s capital. He has served on the National Security Council as the director of Strategy and Policy for the office of Combating Terrorism and was chairman of the Joint Chiefs of Staff representative to the National Counterterrorism Center as a member of the Senior Interagency Strategy Team, according to his Navy biography.

He holds a master’s degree in international relations and strategic security affairs, served as a federal executive fellow at Rand and completed the Center for International Studies’ foreign policy program at the Massachusetts Institute of Technology, according to the biography.

Harward was awarded the Distinguished Graduate Leadership Award in 2013 by the U.S. Naval War College for his prominence in the field of national security. In 2012 he received the Ellis Island Medal of Honor Award for individuals “whose accomplishments in their field and inspired service to our nation are cause for celebration,” according to the National Ethnic Coalition of Organizations, which sponsors the award.

Harward grew up the son of a naval officer and spent much of his teenage years in Iran. He graduated from Tehran American High School in 1974 and speaks Farsi. 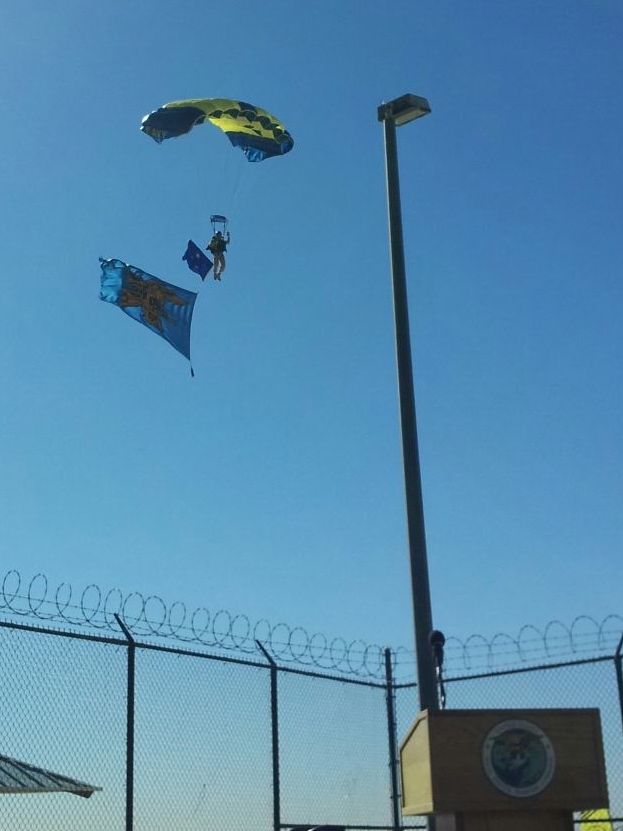 Harward’s parachute had the SEAL trident flag along with his three-star flag above it, according to The Coronado Times.


Interesting no? Harward and his family smack dab in Iran during the reign of the Shah
Images from the 1979 revolution