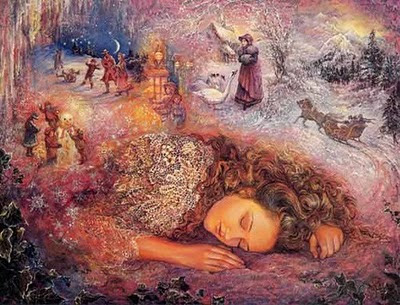 I forced myself to watch the Beatty/Dunaway presentation. There was no mistake made. Beatty and Dunaway were reveling in their joke, on the audience, who are all in La La Land. A state of unreality

What is La La Land?

La La Land is a very loaded term. It has a number of meanings. A reference to Hollywood. The physical locale.
La La Land can be a state of mind - One that is out of touch with reality, choosing instead to focus on fantasies and frivolity. Like the theatre of the Oscars?  La La Land is a place that one needs to break free of in order to be real. To live real.

Addressed to some degree in the post from earlier today: And the Oscar goes to..... The Greatest Unconscious Carrier of Propaganda!

My take on this?

Beatty & Dunaway as Trump & Clinton. Both of whom emulated Bonnie and Clyde. Both in a dramatic production- Beatty & Dunaway in a movie. Clyde and Bonnie, er I mean, Trump and Clinton in an election campaign.


1st: Beatty and Dunaway as Trump and Clinton

2nd:  Emulating Bonnie & Clyde- Another level of the psyop

Bonnie and Clyde were shamelessly promoted by the media of the day, who distracted the impoverished, depression era, masses with enthralling tales of the star crossed lovers employing a Robin Hood type trope - "In essence, a thief or other kind of criminal, usually of the gentleman kind, who targets people who probably deserve it in order to help the downtrodden"

Robbing banks during the depression must have went over well with the inhabitants of LaLaLand-  So enamored of Bonnie and Clyde ,the masses didn't demand justice for all the bank foreclosures enabled by the government of the day. A great distraction.

Who Were Bonnie and Clyde?


It was during the Great Depression that Bonnie Parker and Clyde Barrow went on their two-year crime spree (1932-1934). The general attitude in the United States was against government and Bonnie and Clyde used that to their advantage. With an image closer to Robin Hood rather than mass murderers, Bonnie and Clyde captured the imagination of the nation.

Certainly Trump and Clinton have captivated (held hostage) the nation and much of the planet. Both running  two of the most divisive election campaigns I’ve ever seen. Any way you look at Trump and Clinton both were/are presenting themselves as modern day hero/heroine. Trump will allegedly tame the elites/corporations/big business: Make American Great Again.  And, Hillary?  Ms Social Justice- She will lift the poor, she will stop repression and save a whole pile of victims- She’ll break the glass ceiling- She will Make America Great Again too. Just in a feel good social justice warrior kind of way.  And the inhabitants of La La Land bought the performances of the two candidates.

Because the real joke is supposed to be on the masses the winning loser had to be La La Land.. Because La La Land is the state of mind most people exist in. And the joke is on them!

In other words Dunaway and Beatty as Clinton and Trump are reveling in the fact they pulled one over on all the inhabitants of La La Land- When Faye Dunaway left the Oscars she was asked about the ‘mistake’- She said talk to Warren. This was Clinton/Dunaway tossing  responsibilty for the bad joke on Trump/ Beatty. Though Fay Dunaway/Clinton was the person who gave us the punchline. Beatty/Trump was equally guilty.


And the masses seeing this as anything but theatre are truly imprisoned in the La La Land of their own making. This was not a flub. Not a mistake. It was a an eye wink, an insiders joke, at the expense of all the inhabitants of LaLaLand
Posted by Penny at 6:50 PM