How Trump Became a Russia Skeptic: The Conventional Wisdom About a Kremlin-Friendly White House Is Dated

I tried for two days to get the entire news article, but, was unsuccessful. Then got sidetracked with the real world and the attack on Syria. On April 3rd, I thought "well isn't this was an interesting admission". Not a surprising admission, at least not surprising for me. Speaking for myself I didn't believe any of the claims that Trump was Russia friendly. Not A One of them! As stated in this post: Trump's Presidency: A Dangerous Deception


"Personally speaking here. I've never been a believer in "the Donald" as the leader of any sort of grassroots/populist movement. Nor do I buy the common presentation of the media being opposed to him. I'm also not a fan of the whole 'deep state' is against Mr Trump. I see the psychology of influence at play"

What the April 03 oped suggested to me was a change in tone towards Russia, accompanied by an interesting illustration that represents that change. As you can see below


Illustration defined:
-a picture illustrating a book, newspaper, etc.
- the action or fact of illustrating something, either pictorially or by exemplification- 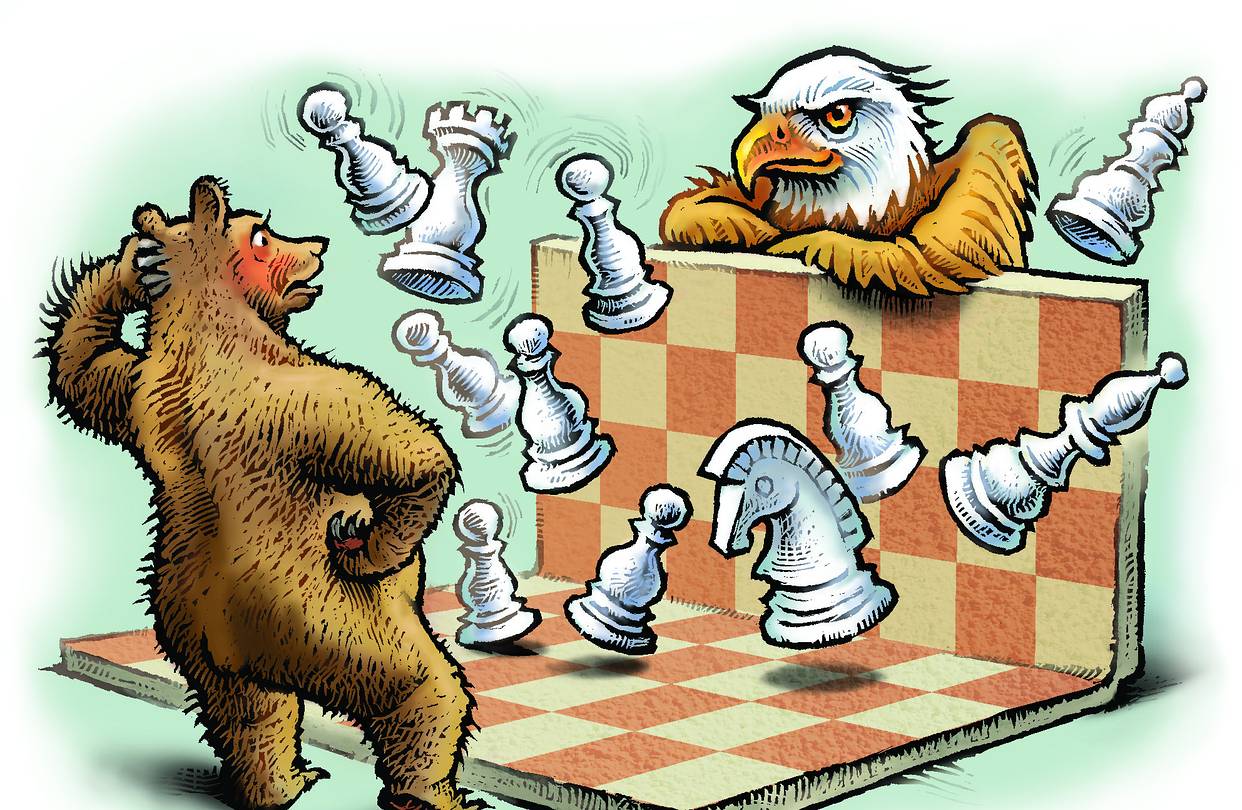 The illustration (picture) accompanying the oped very much encapsulated, pictorially, a change that was on the horizon. The attack on Syria. The very aggressive language and threats taken against yet another sovereign nation state, Russia.

A Kremlin spokesman told ABC News on Friday that despite the new administration in Washington, Russian-American relations remain “at the lowest possible point.” Yet the spokesman also suggested that if Donald Trump and Vladimir Putin were to meet in person “there will be chance for our volatile relations to get better.”

These are telling remarks, given that only a few months ago Mr. Putin was salivating at the thought of a Trump presidency. Mr. Trump had extolled the Russian leader, declared the North Atlantic Treaty Organization “obsolete,” and hinted that the U.S. might accept Russia’s annexation of Crimea. A few years ago Steve Bannon, an influential Trump adviser, promoted the idea of a grand alliance between the West and a traditionalist Russia against secularism and Islam. Mike Flynn, a Putin-friendly recipient of Moscow’s largess, was appointed national security adviser.

Yet as the investigations continue into Trumpworld’s Russia connections, the White House has replaced these friendly soundings with a sober, decidedly hawkish stance.

As the atmosphere shifts, Russia’s state-controlled and state-directed media have begun to turn against Mr. Trump, suggesting that Moscow no longer expects a cooperative relationship. Gazeta.ru, a Kremlin mouthpiece, called Mr. Trump a narcissist not long after he took office.

Would've loved to read the rest- Still would! If anyone can help?

A question for readers? Stumbled across a Reuters report this morning. Can't find any updates or additional reporting regarding this news. What do you all make of this?

Black smoke rising from Moscow's Vnukovo airport - Reuters photographer
This was the airport that Rex Tillerson was set to land at. (He's in Russia presently)


"A Reuters photographer at Moscow's Vnukovo airport said on Tuesday there was black smoke rising from a part of the airfield where planes are parked.

U.S. Secretary of State Rex Tillerson is due to land at the airport on Tuesday afternoon to begin a visit to Moscow. The photographer said when the smoke was spotted, Tillerson's aircraft had yet to land. Officials at the airport could not immediately be reached for comment" 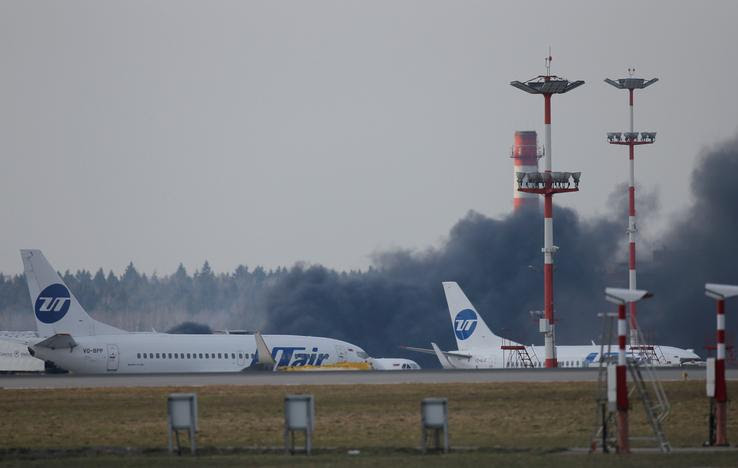 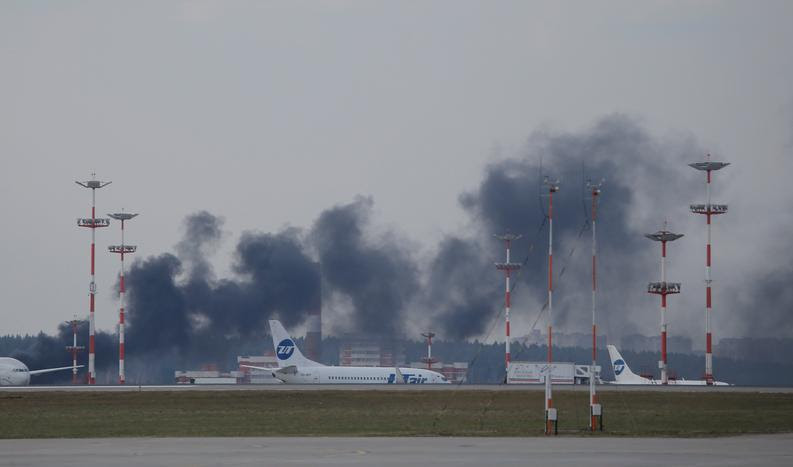 Black smoke. Some type of fuel burning?
Don't know for sure...  Is this the named airport? Not sure.
Was the Reuter's reporter expecting more?
Posted by Penny at 6:39 PM