Interesting comment included asking if the 5 eyes, should really be knows as  the 6 eyes?
Included after the main article

Readers here have surely noticed I use the "5 eyes media" label to describe what is almost entirely all of the main stream and alternative media
I caught exactly, ZERO news stories originating from here in Canada on this meeting. Yet, Canada is assuredly fully represented at the meeting in New Zealand.


The real reason 5 Eyes are meeting in Queenstown

Key meets high-ranking US intelligence chief
Prime Minister John Key has had a meeting with a man he describes as the most senior American intelligence official to visit New Zealand.


US Defense Secretary’s visit ‘shows great progress’ – Coleman
New Zealand is hosting the United States Secretary of Defense today in a symbolic visit that could signal a move towards restoring defence ties between the two countries.

…this ignorant surprise at 5 Eye spooks visiting NZ hides the horrible reason as to why the 5 Eye Nazgul visit so regularly here, and that is because we are so apathetic that we don’t bother protesting these visits.
If these spooks were trying to meet in Canada, Australia, Britain or the US, it would provoke massive civil rights protests, but because they are held in the Shire, the sleepy hobbits of muddle Nu Zilind barely even register what the hell is going on.
It is time we pulled out of the 5 Eyes and became an independent nation again, whatever we gain from being a member is nothing compared to the control we are losing. The GCSB and SIS have both had increases in budget by 250% and 174% under National and Key reorganised the following intelligence apparatus to answer only to a small clique of security goons that Prime Minister Bill English now controls; the Organised Crime Intelligence Unit, Financial Intelligence Unit, Strategic Intelligence Unit, National Bureau of Criminal Intelligence, Identity Intelligence Unit, Threat Assessment Unit, Police Terrorism Investigation and Intelligence Group and the Special Investigation Group.
That’s a lot of security apparatus doing what?
The Government can barely keep our privacy safe as it is with their new demands of unconstricted access held by multiple agencies…

Our digital individualism has trapped us all culturally by the mass surveillance of the Deep State and its power over our Democracy is almost immeasurable.


It was understood about 15 agencies that carry out intelligence for Five Eyes - the spying partnership of the United States, Australia, Canada, the United Kingdom and New Zealand - would be attending the conference, which was believed to run for about a week and include golf, it was reported. 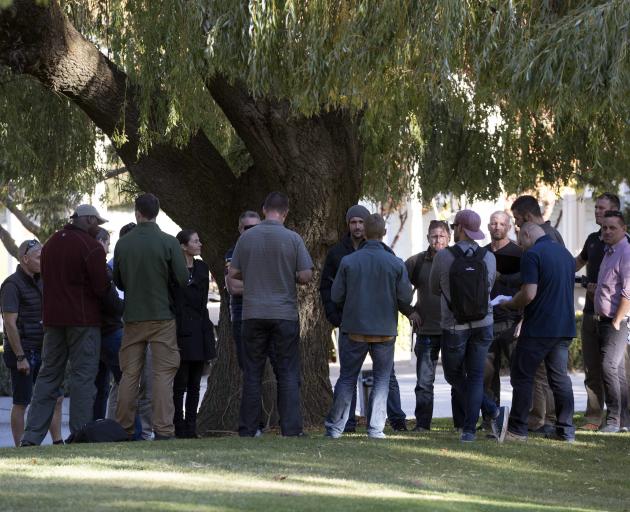 The Otago Daily Times understands police officers from Dunedin, Christchurch and further afield are in Arrowtown to provide security during the event.

A group of police officers who ``looked like a rugby team'' reportedly arrived at Millbrook, near Arrowtown, late yesterday afternoon in unmarked police cars and a dog squad vehicle.

One road, beside the main reception area, was blocked off by road cones.
Black vans could later be seen in the distance at the golf resort. The main entrance to Millbrook was open and no security was present.

“The IDF’s Urim facility in the northern Negev is part of the network of Echelon satellite interception ground stations initially set up in the early 1960s by the US, Britain, Canada, Australia and New Zealand (“Five Eyes”)…”