Isn't this interesting? She lied. All these years later.
Just another example of how your perception is managed and how narratives are contrived to serve agendas. How much of this vile woman's testimony factored into the demonization of the Germanwings pilot? All of it, I'll bet.  Trial by media, as usual!
Keep this in mind as we follow the USS Fitzgerald incident

"Maria W." told a German newspaper she was the lover of Andreas Lubitz, who copiloted the Germanwings flight that killed 150 people in 2015.


Days after the crash, the German newspaper Bild published an interview with a woman who claimed that she was Lubitz's lover. Her story lined up perfectly with the emerging narrative of an unstable and destructive pilot.

"Maria W." told Bild she was a flight attendant who traveled through Europe with Lubitz. She said he had told her that one day he planned to "do something that will change the whole system, and only then will everyone know and remember my name."

Liar! I recall this fabrication being everywhere at the time of the crash. 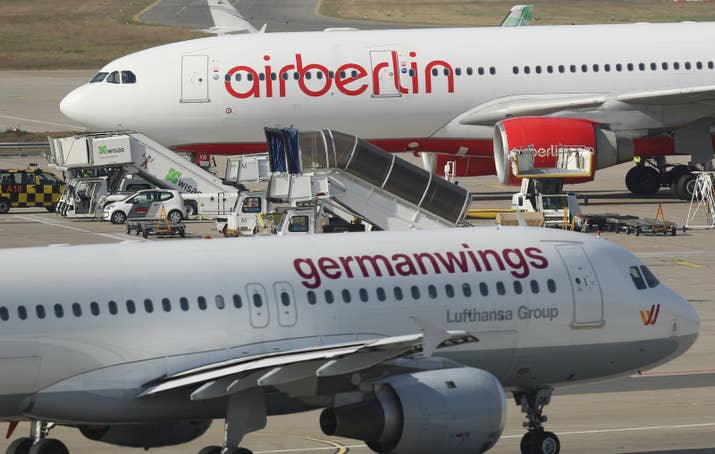 Die Zeit first reported doubts around her account in March. Prosecutor Christoph Kumpa described Maria's account as a "hoax," but Bild stood by its story. BuzzFeed News is the first news organization to confirm that it is false.

Maria claimed to have secretly spent nights with Lubitz in hotels all over Europe, but a logbook of his flights for the year preceding the crash, provided to authorities by the pilot's family, shows he spent the night outside Germany only once, in Budapest. That flight had no cabin crew, as it was to transport spare parts, not passengers.

"We can absolutely confirm that Maria W.'s story is purely fictional. During a fourth meeting in December 2015, she explicitly admitted to it," RTL spokesman Matthias Bolhöfer told BuzzFeed News.

"At first, she didn't want to tell us her real name and she exclusively wanted to meet up in a neutral environment, in a bar in Frankfurt, and only with a woman," RTL manager Thorsten Wimber said. "So we sent a female colleague. Her impression was: 'Maria W. is trustworthy.'"

But when RTL requested evidence to confirm her identity, Maria failed to provide it. When RTL confronted her with doubts about her story, Maria presented email and chat records between her and Lubitz, but wasn't able to provide a witness who could confirm their relationship.


The broadcaster eventually got in touch with the Düsseldorf public prosecutor's office, which discouraged them from running an interview with Maria W.

Wimber says Maria also apologized at her final meeting with RTL, when she admitted she'd made up the story. "She told us she was surprised how much effort we put into our research," he told BuzzFeed News. The editor also told Maria that if she shopped her story to another media outlet, he would go public "because this was clearly fraud."
Bild's press office told BuzzFeed News "that we generally don't make statements with regard to sources and editorial procedures," but the editorial staff is concerned about the attempt "to challenge the coverage of Mr. Lubitz's mass murder of 149 human beings with the aid of alleged speculations of third parties."

The paper said that since the Düsseldorf prosecutor hasn't accused Bild of fabricating the story, "we don't feel a correction is necessary. Instead, we will hold on to the reporting on the gruesome killing spree of Mr. Lubitz."

Since the prosecutor has not or will not accept that Bild LIED they aren't changing a dam thing!

But nobody is claiming that Bild made up the story — it simply appears to have been duped by Maria. Prosecutor Kumpa said that he "has substantial doubts and must conjecture that the woman has fabricated the story."

The revelation that Maria's story is false comes as Lubitz's family is aiming to clear his name. They've threatened to sue German authorities over what they say are wrongful claims.

Documents and investigation files seen by BuzzFeed News also show that Andreas Lubitz apparently wasn't diagnosed with depression before the deadly plane flight and didn't have a history of inpatient treatment. The Lubitz family also alleges that the official investigation didn't meet international standards. The responsible authority in Germany, the Bundesstelle für Flugunfalluntersuchung (BFU), rejected all accusations and told BuzzFeed News that the new Lubitz report will not change its official conclusions.


I sincerely hope the family can get some justice for their much maligned son- What a disgrace!

Here's one of the many media reports from 2015- Lies, lies and more lies

Maria now understands Lubitz's eerie prediction that "one day everyone will know my name."
“I never knew what he meant, but now it makes sense.”

An accurate descriptor of this person