As Expected, Nikol Pashinyan is the new Armenian Leader

The Armenian Velvet Revolution is over: Pashinian voted in as prime minister


The Armenian Velvet Revolution - as Pashinian has named the movement, after the 1989 non-violent transition of power that took place in what was then Czechoslovakia - has been brewing for years.

We'd have to define how this was brewing.. Since Pashinyan said in 2013 he could lead a 'velvet revolution' Might it have been a culmination of successive "civic movements" leading up to finally the one that would have enough "push" to make this occur?

“This is the culmination of all the previous civic movements. Every bit of experience and knowledge gained in those past mobilisations has been put to use here. From the idea of decentralised protests in the 100 Drams movement [against sharp hike in public transport ticket pricing] to the positivity and humour used in the No Pasaran Campaign [for constitutional reform] (read below about the Council of Europe's roll in constitutional reform)– it has all led up to this very moment,” explains Babken Dergrigoryan, who coined the hashtag #ElectricYerevan and is today part of Pashinian’s transition team.

Wonder why it is here in Ontario no one hit the streets over electricity rate gouging? Not enough "incentive" maybe?

“Today's decision by the Armenian Parliament shows that the constitutional reform, which is being carried out with the help of our organisation, has started to be implemented.

This process should continue, in line with the wishes of the Armenian people,”ready to provide any further assistance to the Armenian authorities in this very important process based on human rights, democracy and the rule of law.” 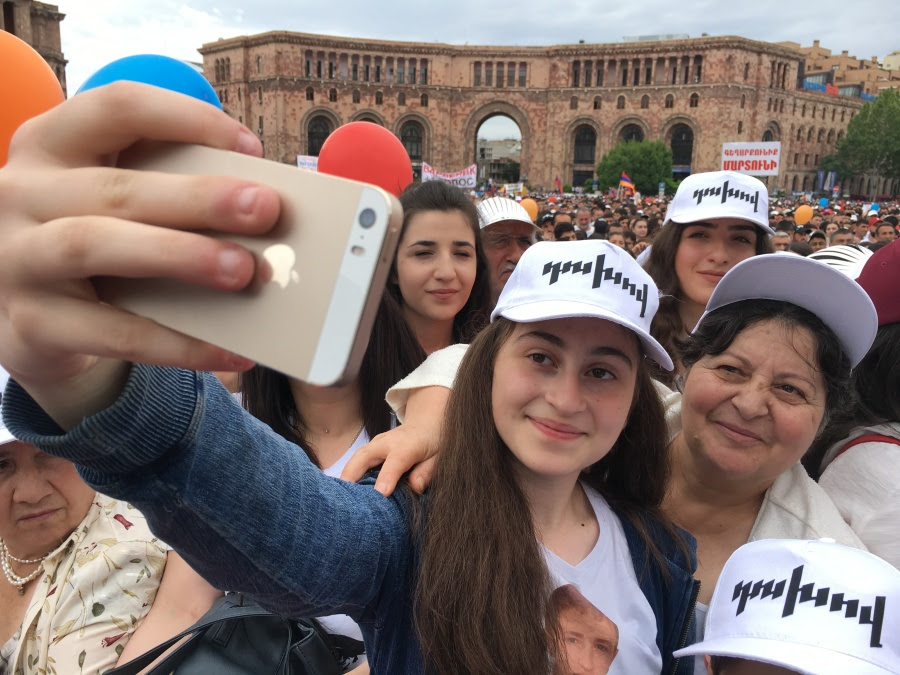 "Not to mention merchandising for the revolution. Pashinian’s face is on T-shirts, posters, and leaflets while the whole of the central part of Yerevan is a moving sea of white T-shirts and caps with the script “dukhov,” which roughly translates as “courage” or “spirit.”


Branding works. Which is why it's always employed.