SDF/YPG/PKK Under Attack From "Unknown Aggressors"?

I'm really not sure what to make of this news. Still, it seems interesting enough to post.

Is the unknown aggressor a new player on the field. If so who exactly are they? Who are they really affiliated with? Jane's curiously provided for us all a new/different name for an entity that may or may not be the 'unknown aggressor'.  Scroll down for that bit of info. And yes, I'll certainly be keeping my eye on this group.

"American-backed paramilitaries battling the Islamic State terror group in Syria came under attack by an “unknown aggressor” Friday, a day after Israeli forces launched a massive attack against pro-regime forces in the country.

Elements of the Syrian Democratic Forces or SDF, the loose-knit confederation of Arab and Kurdish militias supported by the U.S. military, came under mortar and artillery fire near the Syrian city of Deir-e-Zour, a known Islamic State redoubt.

If the area is a known Islamic state redoubt why at the same time is the 'unknown aggressor' label being employed?  Let's talk about what a redoubt is: 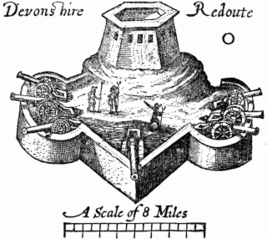 A redoubt (historically redout)[1][2] is a fort or fort system usually consisting of an enclosed defensive emplacement outside a larger fort, usually relying on earthworks, although some are constructed of stone or brick.[3] It is meant to protect soldiers outside the main defensive line and can be a permanent structure or a hastily constructed temporary fortification


“The hostile force engaged the SDF with artillery, and the SDF responded in self-defense, resulting in the destruction of one artillery piece,” officials from Operation Inherent Resolve said in a statement Friday. Command officials did not identify who was responsible for Friday’s skirmish, but did note U.S. commanders did reach out to their Russian counterparts “via ground and air deconfliction lines.”

So far we've got a very one sided narrative presented by the US and their allies. Who claim they contacted their Russian counterparts? Maybe? Or maybe not.

The hostile force engaged SDF with artillery, and SDF responded in self-defence, resulting in the destruction of one artillery piece. It’s unclear if pro-Syrian government forces fired on the SDF.

Coalition officials discussed the event with Russian counterparts via established ground and air deconfliction lines, the coalition said. There are no reports of casualties on either side"


As the above news was making the rounds yesterday. One day after it occurred. The article below also appeared at Jane's:

In Deir al-Zour governorate, Liwa al-Baqir via a statement on social media announced they would launch 'Islamist' operations against United States-led coalition Forces, announcing they had recruited 'fearless' 'holy warriors' and commando units. They called on civilians to stay clear of US military assets.


Conveniently we have a new "Islamist" group launching "Islamist" operations from an ISIS redoubt, but, when you search this group they are alleged to be Assad loyalists.
I'm confused! And doubtful. But can definitely entertain the spin value in this narrative


Jihad Intel is presented by the Middle East Forum. The Philadelphia-based Forum has been promoting American interests and protecting Western values for over 20 years. (Which looks to be an Israeli intelligence affiliate)


Not yet designated terrorist by a Western country
Base of operations: Syria
Background: Aymenn al-Tamimi
Liwa al-Baqir (The Baqir Brigade, named for the fifth Shi'i Imam) is a militia operating in the Aleppo area. Claiming origins that go back to 2012, the militia primarily seems to consist of Shi'ified Bekara tribesmen, many of whom have converted both during and prior to the Syrian civil war on account of Iranian proselytization efforts and the ostensible link between the Bekara tribe and Imam Baqir.

Wikipedia looks to have started a page on this group in or about February 2018 (If I'm figuring this all out correctly?)

There is just something about this entire incident/narrative that doesn't 'sit right'
Keep it under your hat.
Posted by Penny at 3:58 PM