Finally.. that which has been reported on for years  here at the blog is being admitted via TWITTER- which means the gullible masses are being prepped for the next big move-
I'm including flashbacks to when much of what's being reported openly today was covered here.

“That’s the dirty little secret here — there could be thousands of US troops camped out in northern and eastern Syria for decades.”

This is only a "dirty little secret" if you've had your head buried in the sand.


This time last year, the US military was refusing to admit that there were four times as many troops in Syria as it had disclosed previously, insisting they were serving as temporary military advisers to local forces fighting ISIS.

In other words the US obfuscated the massive presence with spin- I roll my eyes!


Now, however, the Pentagon is giving a face, a name, and a map location to the US presence in Syria – and sharing it on Twitter and Instagram.

The latest video, set to dramatic music and drone footage of the landscape, features Sgt. Matthew Yanik, an infantry squad leader with India Company, 3rd Battalion, 7th Marine Regiment, and shows US troops conducting drills near the small US military outpost at al-Tanf in southeastern Syria. It is one of a series of new bases that the Pentagon has quietly built in the country, according to local reports.

“What does kind of blow one’s mind is that one third of Syria is now practically a US forward operation base,” said Heras, the Syria expert at CNAS. “That’s the dirty little secret here — there could be thousands of US troops camped out in northern and eastern Syria for decades.”


One third of Syria. A US Forward operation base. That will absolutely come as no surprise to anyone reading here. 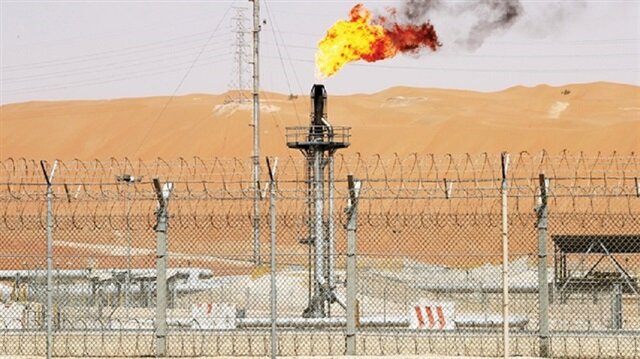 Raqqa Local Council Member Ekrem Dede spoke exclusively to Yeni Şafak daily and unveiled the striking details about the U.S.-led energy corridor in the region, stating that American, French and British companies have queued up for the drilling and export of hundreds of billions of dollars’ worth of oil and gas.

He stressed that the number of officials in these oil-rich territories, including private companies, who came to inspect the site in last two months alone has exceeded 400.

“The feasibility studies of the U.S. are currently in progress. In parallel to this project, the number of U.S. officials has been doubled in the last six months in the countryside of Syria’s Hasakah, Raqqa and Deir ez-Zor. A significant number of these figures work in the oil and construction field,” he added.

Underlining the alliance between the Kurdistan Workers’ Party ( PKK) terror organization and Washington administration, “U.S.’s oil shipments to the regime refineries in the regions occupied by PKK terrorists have stopped and all the petroleum has been transferred to Iraq. The U.S. is now using the same route for its oil shipment, the one they used for weapons deliveries to PKK terrorists in the past. There is a clandestine pipeline in this region that was built in former Iraqi President Saddam Hussein’s era. On the other hand, they will construct an overt oil pipeline in near future in this region,”, Dede said.

There's been a clandestine pipeline all along in that region.... How convenient!

We're going to trip down memory lane again, dear readers- to a couple of posts from way back.
One in which I informed readers here that it was the Kurds trafficking oil via a pipeline into Turkey. With the help of Kurdish and Israeli traders...
Recall that? While the limited hangout analysts were saying it was Erdogan and Bilal. What ever! Completely bogus. Besides myself,  only Scott @ Nomadiceveryman, caught on to this scam. If there was anyone else... it sure didn't pass my computer screen.

All this noise about Turkey deflects from the very big Israeli involvement. Convenient.


Start reading, including external links, at the start point cited below in that nearly three year old post

Claim: Turkey is shipping ISIS oil
Reality- Britain is facilitating ISIS oil sales Reality: Pipelines that transit through Turkey are being used, but, this does not imply implicit  knowledge by the Turkish state. Reality- The Kurds are also transiting oil through Turkey’s Ceyhan pipeline  Conclusion: Pipelines don’t discern. Complicity between Turkey and ISIS is unprovable

What an anglo zionist friendly narrative the 5 eyes, alt and msm, presented??
Obfuscating for Israeli and British involvement in the KurdISIS oil trade and blaming Turkey-

3-Mattis confirms doubling of ‘diplomats’ on the ground

Our diplomats there on the ground have been doubled in number. As we see the military operations becoming less, we will see the diplomatic effort now able to take (root)" Mattis said.

He did not give a specific number.


4- Putin talks about ALL foreign forces leaving Syria- Including Russia's We should pursue a goal that there would be no foreign forces, [the forces] of third states in Syria at all," Putin said.

"Including Russia, if this would be adopted at the level of government of the Syrian Arab Republic," the Russian president added asked by the moderator if Russia was meant here.

Russia is interested in stability in Syria. It is linked to how the situation affects the energy market as well as to international security and the war on terror, Putin added.

Russian-Turkish agreement on setting up a demilitarized zone in Syria’s Idlib Governorate is a "very good deal" that prevented further bloodshed and the sides are actively working on fulfilling it, he said.

"This is a very good deal between Russia and Turkey in this case. That’s because it prevented further bloodshed," Putin told a plenary session of the Russian Energy Week forum in Moscow

Rebel groups in Syria on Tuesday began to withdraw their heavy weapons from a planned demilitarized zone in the country’s last opposition stronghold, but confusion over its implementation threatens to derail it ahead of a looming deadline.