If the earlier Syrian incident in Aleppo was a provocation that Russia and Turkey managed to get ahead of.   Syria & the Aleppo Chlorine Attack: LIHOP?
What’s going on with Ukraine & Russia near the Kerch crossing bridge?
Sure looks like Russia and allies are being kept busy.

Russia would be protecting this brand new crossing, because it’s strategic.
Undoubtedly interested parties would wish to damage or destroy the crossing.

Ukraine has made unsubstantiated claims regarding what went on. Though it is clear the bridge is blocked and guarded.

"Shipping in both directions was later suspended after a large cargo ship was moored across the arch of the Kerch bridge, the only navigable channel through the strait, on Sunday afternoon.

Russian military ships were deployed near the bridge over the strait and military helicopters and fighter jets were seen patrolling overhead earlier in the day.

Russian state media cited Alexei Volkov, the director of the Crimean Sea Ports, saying the closure was for "safety reasons". 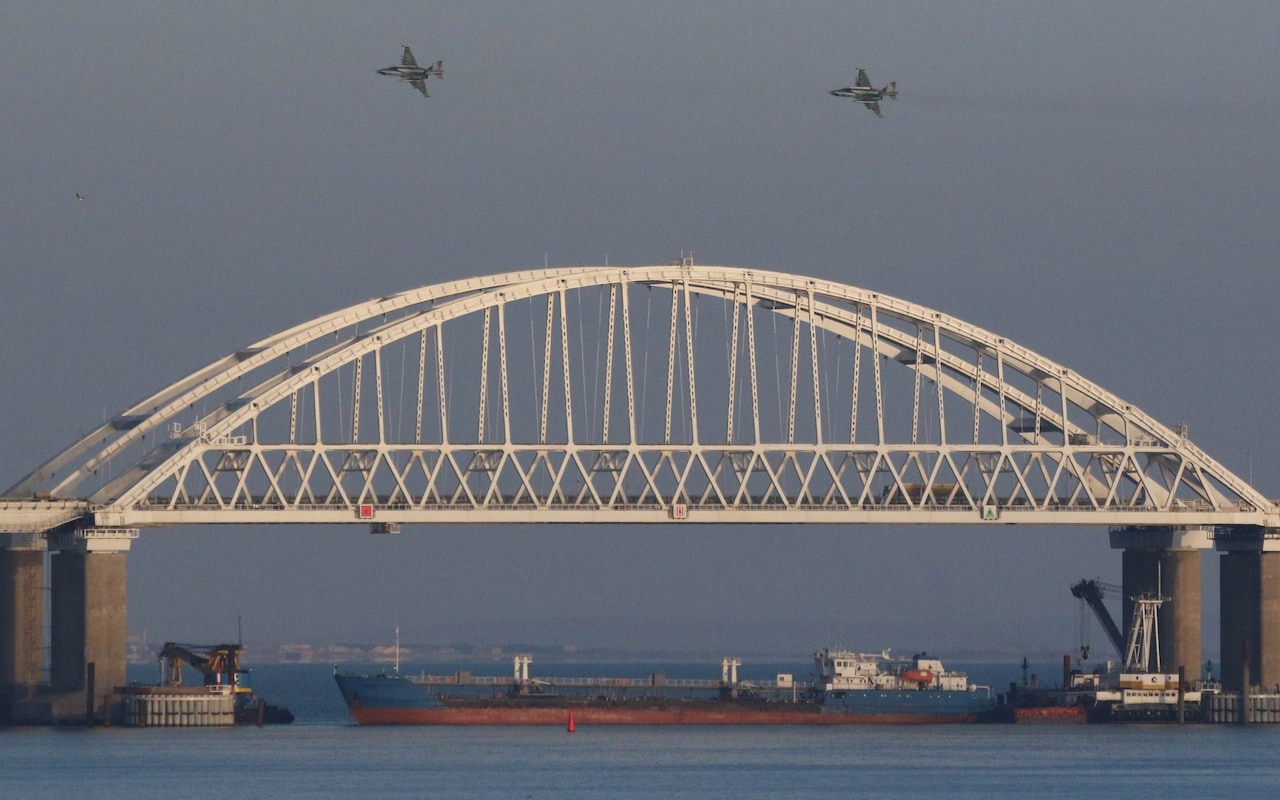 
A group of Ukrainian Navy ships that were approaching the Kerch Strait lying between Crimea and mainland Russia have retraced their course and are returning to their ports, the Russian Federal Security Service (FSB) said.

This group departed from the Ukrainian port of Berdyansk on the Azov sea to the east of Crimea straight around 11.30 Moscow Time (08.30 GMT) on Sunday and set a course for the Kerch Strait. A few hours before that another group of vessels entered Russian territorial waters from the west Crimea. They hadn't made proper application for passing through the Kerch Strait. They refused to follow orders from the Russian Border Guard vessels.

The video released by Russian authorities show border guard ships pursuing Ukrainian vessels that maneuvered dangerously close to them.
The Ukrainian Navy said that its vessels were sailing as part of a scheduled routine transfer, at some point, adding that it warned the Russian authorities about it in advance. The Ukrainian military also accused Russian border guards of firing at their ships and seizing three of them.

Now, the FSB said it has obtained “irrefutable evidence” of a provocation planned by the Ukrainian Navy.

However, a while ago reports started coming in that a firefight have taken place. Apparently the first casualty was Ukrainian patrol craft (gun) Berdyansk (pennant U175) which reportedly lost propulsion. After that Russian forces tried boarding the vessel, with Berdyansk returning fire.

However, a while ago reports started coming in that a firefight have taken place. Apparently the first casualty was Ukrainian patrol craft (gun) Berdyansk (pennant U175) which reportedly lost propulsion. After that Russian forces tried boarding the vessel, with Berdyansk returning fire.

Exactly what has taken place since is even more unclear, but it should be remembered that the closing of the strait lead to a significant number of civilian vessels being stuck in the area waiting for things to clear up that they could continue their journeys. There is a very real risk for these, including both Russian and Ukrainian ones, being caught in crossfire. Significant air activity was also observed throughout the day, including Su-25 attack aircraft and armed Ka-52 attack helicopters. One report stated that following the exchange of fire both Berdyansk, sister Nikopol, and a naval tug has been captured by Russian forces, but currently the word is that six Ukranians are wounded, two vessels are under tow by friendlies, and one vessel is held by Russian forces.


One thing I do know. Ukraine was looking to kick start the conflict, again, with Russia- With the help of both Canada and the US. Covered in  previous posts.

This fall being... RIGHT ABOUT NOW!

Operation Unifier: Can it get any more obvious that Canada is working with the Ukraine on 'unifying" Ukraine by reclaiming Crimea?

Lots happening today. On two fronts and probably more- Thinking about Saudi Arabia all in turmoil too.

The news about this incident between Russia and Ukraine will dominate the news cycle for the next little while. Barring any other dramatic occurrence. This will erase the Syrian/Aleppo incident from the minds of the masses.
It will be a week of demonizing Russia, while the attack on Syrian civilians will be ignored.

Ukraine will be taking this to the OSCE

Russia said it opened fire after the Ukrainian ships illegally entered its territorial waters. The European Union and NATO called for restraint on both sides to de-escalate the situation.

Russia on Sunday seized three Ukrainian ships off the coast of Crimea after opening fire on them and wounding three sailors.
Russia's Federal Security Service (FSB), which oversees the country's border guard service, said it was forced to open fire after the ships illegally entered Russian territorial waters.

This was the reporting from earlier today- That Ukraine had entered Russian territorial waters. (Hubby's been watching this one for me- thanks hubby)


"There is irrefutable evidence that Kiev prepared and orchestrated provocations," it said. "These materials will soon be made public."