US Syrian Withdrawal- "You can check out anytime you like but you can never leave."


'Relax' said the night man,
'We are programmed to receive.
You can check out any time you like,
But you can never leave!'

How perfect is the Hotel California analogy for Trump's alleged troop withdrawal?
Is he going to "check out" but "never leave"?


"But for now the United States will have to accept that it is creating a far more volatile situation than the one Trump inherited. That will mean new wars and new transformations, which could draw the U.S. back into the region. As Obama learned, you can check out of the Middle East but it doesn’t mean you can leave"

With those opening lines we find ourselves again mired in the Syrian situation- Where the US has claimed they are “checking out” but like Hotel California they can never leave.
Unless they are forced out? But, this idea of just walking away is not credible. Or to put it another way.. I’ll believe it when I see it.

1. The US has brought in a whole pile of additional fighters- I mentioned this the other day
The so called/labeled/branded Rojova Peshmerga


More on that:Peshmerga Forces Enter East of the Euphrates

So much for the idea of Turkey and the US just swapping out places. Though the relocation of these US trained fighters can allow the illusion of  US troop withdrawal to be presented.

2: The US Will Continue to Conduct Airstrikes In Syria


"The US will continue to conduct air strikes on Syrian terrorists until the full pullout of troops from its territory," Pentagon Spokeswoman Commander Rebecca Rebarich told TASS on Thursday.


"As long as there are US troops on the ground, we will conduct air and artillery strikes in support of our forces," she stated. "We will not speculate on future operations," the spokeswoman added"

The continuation of airstrikes makes sense when one considers the US moving into Syria of the “Rojova Peshmerga”- Most probably the US is going to give their additional fighters air cover against any Turkish advancement so the US can hide the dust cloud made by the clashing of  two NATO nations.

Which takes us right back to my post from the other day: 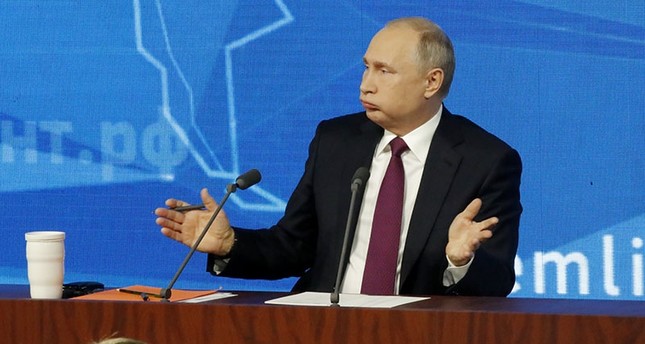 Putin commenting on Trump ordering U.S. troops home from Syria:  "I don't know what US withdrawal from Syria means, Americans have been in Afghanistan for 17 years and every year they say they're withdrawing."

I'm not quite sure how so many in the alt news are so certain this claim should be taken at face value? Putin can't even take it at face value.

4. France is staying: France Confirms That Its Troops Will Stay in Syria

"France announced that it will maintain its military presence in Syria in order to continue its war against the Islamic State (ISIS). This came a day after the United States announcement that it will begin to withdraw its forces"


5. US Offers to Sell Patriot Missiles to Turkey as an enticement to drop purchase of S-400

“The real breakthrough would only be if Turkey abandoned its plans to buy the S-400s,” Nicholas Danforth, a senior policy analyst at the Bipartisan Policy Center’s National Security Project, told Arab News. “For the Patriot sale to move forward, Turkish officials would presumably also have to convince Washington they weren’t going to buy the S-400s, which will be hard when they keep insisting they will.”

"The spectre that haunts Trump is of body bags of American soldiers killed in Syria coming home, which of course, will be spelling doom for his re-election bid in the 2020 election.

Trump understands that there is a Russian-Turkish-Iranian convergence to evict the US forces from Syria and the only way to counter it can be by committing boots on the ground in much larger numbers, which is course unrealistic.

But the US has committed to larger numbers... "Rojova Peshmerga" not regular army

Meanwhile, the Pentagon has been pursuing an invidious agenda of creating a quagmire for the Russians in Syria and acting, therefore, as a “spoiler” in any whichever way it can to frustrate the Russian-Turkish-Iranian efforts to stabilize Syria. Time and again, it became apparent that the US forces in Syria maintain covert links with extremist groups, provide cover for them, and disrupt the operations by the Syrian government forces fighting terrorism. The US role in Al-Tanf on the Syrian-Iraqi border is dubious, shameful and cowardly, to say the least.

Quite obviously, the Mission Creep pursed by the Pentagon commanders have come to a point where real danger exists today of direct clashes erupting at any moment involving the US forces arrayed against the Russian / Turkish / Iranian / Syrian forces.


An extremely risky venture of brinkmanship by the Pentagon commanders has been afoot. There is no way Turkey can compromise with the US-Kurdish axis in Syria. Nor are Russian and Iran going to throw away their hard-earned victory in the Syrian conflict to strengthen the government led by President Bashar Al-Assad. In a major speech in Moscow on Tuesday while addressing Russian Defence Board, President Vladimir Putin touched on the Syrian situation, underscoring, “We will give Syrians all the support they need.”

Equally, Trump cannot be unaware that there is growing uncertainty about the Saudis bankrolling the US operations in Syria, what with the growing tensions in the US-Saudi relations over the Jamal Khashoggi affair. Qatar and Jordan have already pulled out of the “regime change” project in Syria. Suffice to say, Israel is the only American ally in the region, which is today keen on an open-ended US military intervention in Syria.

Israel has always wanted this to go one because they were set to be the single biggest beneficiary in the region. Kurdistan aka Israel 2.0

"Of course, interest groups and war profiteers (“military-industrial complex”) in the US will castigate Trump for his decision to order the halt of the gravy train. But their main argument that residual terrorism still remains in Syria is a phoney one bordering on rank hypocrisy.

For, it is a matter of time before Russia and Iran and the Syrian government forces with their affiliated militia will make mincemeat out of the terrorist groups that have taken shelter in the US- controlled zone in eastern Syria as well as destroy the US-backed extremist groups ensconced in Idlib.

Plainly put, the fight against terrorism will be taken to its logical conclusion as soon as the US forces get out of the way and Pentagon is prevented from playing the spoiler’s role.

Therefore, paradoxically, the decision to pull out from Syria and the rebooting of the Turkish-American alliance can only improve the US’ capacity to influence the Syrian peace process, and regional politics in general. Interestingly, Trump’s announcement came just as agreement was reached in Geneva on the composition of the committee to write a new constitution for Syria, which is a defining moment in the UN-brokered peace process."


7. An agreement was reached in Geneva:

One of the innumerable news items I simply didn’t have time to get to, so better late then not at all. The UN tried and tried to interfere and intervene and interrupt on behalf of the Usreal team, judging by the news reports. Is it any wonder I detest the UN as much as I do? 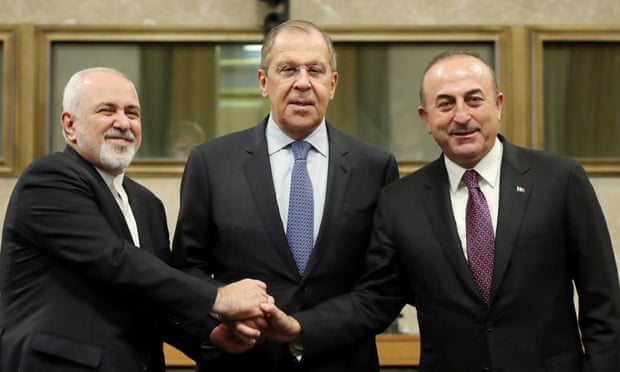 "The three self-appointed guarantors of the Syrian peace process – Russia, Turkey and Iran – have spurned efforts by the UN to change the composition of a committee due to write a new constitution for the country.

The 150-strong committee, due to start work next year, could pave the way for UN-supervised elections and a possible peace process that would encourage millions of refugees to return to their homeland.

The agreement on the committee’s formation was formally reached by the three countries on Tuesday in Geneva and the proposals passed to the UN special envoy for Syria, Staffan de Mistura, for his endorsement and for consideration by the UN security council on Thursday.

The Geneva agreement was signed off by the Turkish foreign minister, Mevlüt Çavusoglu, his Russian counterpart, Sergei Lavrov, and Iran’s Javad Zarif, underlining how the west has lost control of the Syrian crisis to the trio of countries in the so-called Astana Group.

Without taking questions, Lavrov read out a brief statement saying the three countries believed the committee could start to meet in Geneva early next year and would lead to “a viable and lasting Syrian-owned, Syrian-led, UN-facilitated political process”.

The UN said Russia rejected five names that De Mistura wanted to add to the list, and the envoy’s absence from the brief press conference did not bode well.

De Mistura is said to be under heavy pressure from the trio of countries to accept the makeup of the constitutional body, but he may leave the decision to UN security council in New York on Thursday.

He said at the weekend: “The last word is with us, with the UN, not with any country, as good and as powerful as they may be.”


Despite regional cooperation, which should be lauded, DeMistura attempted to interfere in the process and then states that the last word is with the UN.

While Russian news organisation presumed this was a reference to one of the S-300P-series systems that were officially transferred to the Syrian military in September–October, Borisov specifically referred to a different type that is only in service with the Russian military.

“After only one battalion of the S-300V4 air-defence system entered combat duty, the intensity of the flights made by the coalition’s air forces in northeastern Syria has significantly decreased,” Sputnik quoted him as saying.

A much better version of Hotel California from the Gipsy Kings