NOTICE: January 26/2019 I see this post has gotten a lot of notice- I'm following up with a second part which will be linked below;

I've written about and mentioned the Adana agreement on more then one occasion here at the blog- One extensive post on the topic, from 2016, will be re-linked at the bottom of this report.

Cavusoglu is suggesting the 1998 Adana Agreement was discussed at the Erdogan(Turkey) - Putin (Russia) talks. 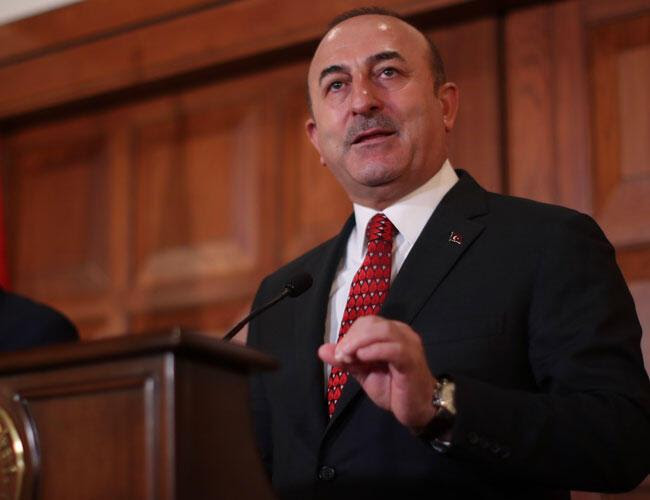 “We think he referred to this [protocol] implying that Turkey can intervene in [Syria]. And this is positive for us,” Çavuşoğlu told private broadcaster AHaber in an interview on Jan. 24.

At a joint press conference in Moscow, when asked how Russia evaluates the proposed safe zone, Putin said: “The treaty between Syria and Turkey of the year 1998 is still valid. And it deals, in particular, with the fight against terrorism. I think that this is the base that closes many issues in terms of ensuring Turkey’s security on its southern borders. Today we have been discussing this issue quite thoroughly, fully and actively.”

The treaty Putin referred to is the Adana Protocol signed between Ankara and Damascus late 1998 after the former threatened to intervene militarily if the Syrian government did not quell its support for the PKK and halt sheltering PKK leader Abdullah Öcalan on its territories.


Cavusoglu also suggested in an Al Jazeera report that contact between Turkey and Syria is occurring. That doesn't surprise me in the least. I've stated here for quite some time now that had to be happening. For the simple reason that it makes sense.

Why is this so interesting?

If Russia/Putin has acknowledged the Adana agreement still stands. The language certainly suggests this.  Then we should consider the possibility that Russia has/is going to green light yet another Turkish entry into Syria. Can't say for certain, of course. Just saying the language of recognizing the agreement appears to suggest this possibility.

Turkey, Syria, Iran and the Adana Agreement: The End of Pax Adana

"This was a good agreement for all parties. It kept the peace between Turkey, Syria and Iran regarding the PKK. It had them all on the same page. Iran signed on in 2003 because after the US invasion of Iraq the writing was on the wall..   Iraq's disintegration was a foregone conclusion and a Greater Kurdistan aka Israel 2.0 was bound to appear. Turkey, Iran and Syria needed to keep their peace and work together to prevent their disintegration."


"Bashar al Assad would have known that Turkey would undertake these actions.  In fact, one should entertain the possibility that Syria did not focus on the northern border with the idea that Turkey would intervene. Allowing Syria to focus attention elsewhere. With the benefit of Russia's watchful eye and guidance"


We see the Adana agreement playing out in the Astana partnership.... As mentioned previously. I'm greatly pleased that my readership was long in the know regarding this agreement.