We’re doing a blast from the past... The Great Man Made River Project in Libya. How many Canadians are aware of the SNC Lavalin’s role in getting this massive project built?
One that greatly enriched the lives of ordinary Libyans" This life enriching project  led to the  SNC corruption charges. Charges that appear to have been politically expedient.
Considering... SNC decades long involvement in Libya. One wonders if the US was behind the original SNC charges? Just asking.


"It is difficult to imagine that the Sahara Desert was once a fertile landscape with enough natural abundance to nourish the Roman Empire. Today it is more horizon than landscape, but Libyan officials have known for over 30 years that their portion of the Sahara hides the largest ancient subterranean aquifers ever discovered, containing nearly 35,000 cubic kilometres of fresh water.

The Great Man Made River (GMMR) project, launched in 1983, aims to drill for, pump and convey water through a network of pipes to get it from the desert in the south to where it is most needed: the heavily populated coastal belt in northern Libya.

The project has been called everything from the greatest feat of engineering ever attempted, to the eighth wonder of the world. When it is finished, its underground pipeline network will cover a distance equivalent to that between Montreal and Vancouver — nearly 4,000 kilometres.

SNC-Lavalin has won several key contracts for the Great Man Made River project.

The first, 15 years ago, was a mandate to drill and construct 117 water wells, 36 piezometer wells and 23 exploratory wells in the Tazerbo area in east-central Libya. Some of the wells had to be drilled to a depth of 1,200 metres, the length of 11 regulation football fields. To do this, SNC-Lavalin procured a fleet of heavy drilling and production equipment, 17,000 tonnes of cement and 8,500 tonnes of bentonite.

“We completed 117 wells with a total capacity of one million cubic metres of water per day,” says Riadh Ben Assa, Executive Vice-President of SNC-Lavalin. “We drilled over 61,000 metres in loose sand and sandstone, installed and cemented casings, gravel-packed screens and worked over four million person-hours with no accidents.”

After this, in 2001 SNC-Lavalin was awarded a contract for the restoration of 3,500 pre-stressed concrete cylinder pipes (PCCP) in the Sarir-Sirt/Tazerbo-Benghazi conveyance system. After 15 years underground, diurnal and seasonal temperature variations had caused water condensate to form around the conveyance pipeline. The condensate reacted with salts in the soils to form an acid solution which penetrated the thin layer of concrete covering the tensiled wires that served to strengthen the pipes. The acid corroded the wires to such an extent that they broke, weakening the pipes in some areas. The repairs covered a stretch of over 400 kilometres, and SNC-Lavalin’s construction crews used 450-tonne cranes to handle pipes weighing more than 70 tonnes.

The Great Man Made River is made up of over half a million of these PCCP pipes, each of which is 7.5 m long, 4 m in diameter, and 25 cm thick. Many more of these pipes will be required before the project is complete. In 2002, SNC-Lavalin was awarded a contract to design and manufacture PCCP using existing facilities in Sarir in east-central Libya. The project required a restart of a number of facilities such as batching, oxygen, acetylene, ice and power generation plants. SNC-Lavalin completed the revamp and start-up of the Sarir facility in 2003 and has been producing the massive water conveyance pipes ever since.

As well, SNC-Lavalin continues its drilling work, with contracts under way for 298 wells in the Sarir well field, and for well fields in Ghandames and Kufra.
“You have to admire the long-term vision of the Libyan government for launching this project over 25 years ago,” says Ben Assa. “Agricultural development in Libya has been hindered by the lack of adequate and reliable water resources. Once it is completed, the Great Man Made River will provide close to six million cubic metres of water per day for residential, commercial and agricultural use.”
The system will eventually irrigate about 74,870 hectares of land, and help Libya attain its goal of becoming agriculturally self sufficient. The rest of the water will continue to supply Libya’s urban centres.

“You have to admire the long-term vision of the Libyan government for launching this project over 25 years ago,” says Ben Assa. “Agricultural development in Libya has been hindered by the lack of adequate and reliable water resources. Once it is completed, the Great Man Made River will provide close to six million cubic metres of water per day for residential, commercial and agricultural use.”

The system will eventually irrigate about 74,870 hectares of land, and help Libya attain its goal of becoming agriculturally self sufficient. The rest of the water will continue to supply Libya’s urban centres"

One really did have to admire the long term vision of the Libyan government for launching such a massive and life altering project for the nation and it’s people. All was fine for SNC Lavalin.. Until the politics of the region changed.

At the same time, the company announced that Charles Chebl is now appointed as executive vice president of the company’s infrastructure and construction sector. Mr. Chebl has been involved in some of the company’s largest projects in Quebec and around the world, including the Canada Pavilion at Expo 2010 in Shanghai and the Maison Symphonique orchestral hall in Montreal.

SNC-Lavalin’s heavy involvement in Libya has been coming under scrutiny since the country broke into a revolution that eventually saw the overthrew of Colonel Moammar Gadhafi and the death of the dictator in October 2011.

When the revolution broke out early in 2011, the company evacuated most of its workers. The projects it was involved in included an airport, a jail and contracts that were part of a massive water diversion project, known as the Great Man Made River Project.

Mr. Riadh Ben Aissa helped direct the company’s projects for the Great Man Made River project. The project is to transport water from an aquifer under the Sahara Desert through 4,000 kilometres of pipe to Libya’s coastal strip

In an “Update on the Situation in Libya” issued March 2, 2011 after evacuating their employees, SNC-Lavalin wrote:

“Finally, for the people of Libya, we send you our sincerest thanks for all your help, for being our neighbours for so long, for keeping our food and water supplies replenished, and for helping our people out of the country, by whatever means. Every employee has a story to tell of Libyan kindness in the face of adversity. Your generosity of spirit inspires us all and we hope that you will soon have stability in this country to whose development of infrastructure we have been glad to contribute for the past 40 years.
“As to the next steps for our projects in this country, we are waiting to see how the sanctions and other initiatives currently underway may have an impact on our projects. We remain optimistic about the future since these projects are intended for the betterment of Libyan society as a whole, but we will await official rulings in this regard and then react accordingly.”


MONTREAL – Once a jewel of the Quebec business establishment, SNC-Lavalin Group Inc. now stands criminally accused of fraud and corruption after the RCMP announced charges against the engineering giant Thursday.

The case against SNC and two of its subsidiaries stems from the company’s dealings in Libya between 2001 and 2011, when a senior executive established close ties with Saadi Gaddafi, son of dictator Muammar Gaddafi.

Court documents allege the company offered bribes worth $47.7 million “to one or several public officials of the ‘Great Socialist People’s Libyan Arab Jamahiriya,’” as Gaddafi called the nation he ruled until he was overthrown and killed in 2011.

SNC Lavalin had worked in Libya since 1983. The US overthrew the government in 2011.
SNC Lavalin was charged shortly there after.
What’s really going on here in Canada? With this entire situation?

Rayboud and Phillpot removed from Caucus 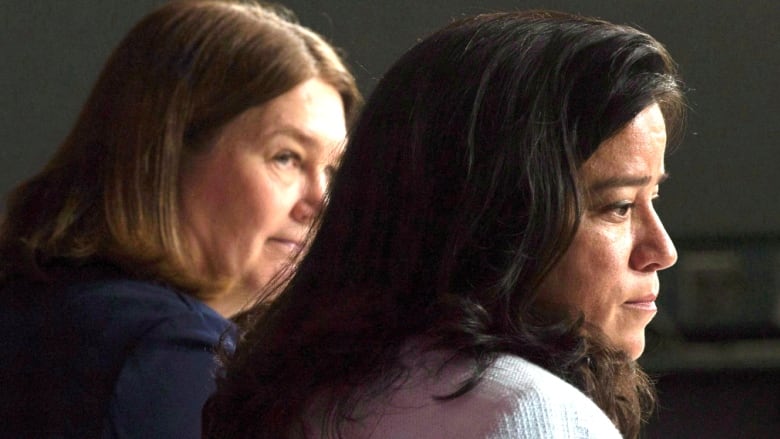 "The trust that previously existed between these two individuals and our team has been broken, whether it's taping conversations without consent, or repeatedly expressing a lack of confidence in our government or me personally as leader," he said.
"It's become clear that Ms. Wilson-Raybould and Dr. Philpott can no longer remain part of our Liberal team."


This isn’t an identity politics issue. This is straight up party politics.
Raybould and Philpott did not go along. They are gone.
This has occurred previously. It will occur again.


Toast: Slang : to be doomed, ruined, or in trouble: A goner. To be served up on toast. Done

Lots of speculation suggesting Trudeau is toast.- But, he's not going to crumble that easily.
Punched down, but, ready to rise to ever greater heights. Trudeau's appeal has not soured.
In fact it's ready to ripen.. The oven's warm.  It sure smells as if  the PR is being baked to perfection.

If you simply can't get enough of this drama GreenCrow has been covering it as well.