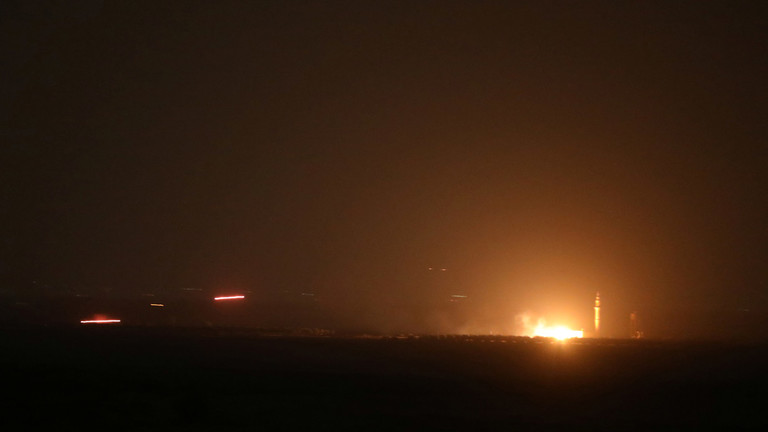 Syrian air defenses have responded to apparent missiles attacks in the vicinity of Damascus and Homs, Sana reports, with its military source claiming that a number of ‘hostile targets’ have been intercepted.
The missiles were launched from the Lebanese airspace, where Israeli aircraft were spotted making low-altitude flights around the time of the incident, according to TV-channel Al-Mayadeen and Al-Masdar News and other regional sources.

Syrian state news agency said that Syrian air defences have shot down several missiles over Damascus amid multiple reports of loud explosions in the area.

Israeli Media is reporting the strikes and Syria's response.


"Syrian state television reported on Sunday night that the country's air defense systems intercepted several missiles south of Damascus.
A Syrian military source said the anti-aircraft systems were activated in response to Israeli air strikes originating from Lebanese airspace.
According to the Syrian official news agency SANA, the missiles targeted the outskirts of the Syrian capital and the city of Homs.
Earlier, SANA reported that explosions were heard in the skies of the Syrian capital"

The airbase is home to the headquarters of the notorious air force intelligence service and its prison. It has been hit by several alleged Israeli airstrikes in the past.
Other reports of explosions in Homs and the Jamraya scientific research institute, west of Damascus."