"Sometimes referred to as nature's calendar, phenology looks at the seasonal life cycle of plants and animals."

Phenology : "It's the observance of natural occurrences like the first formation of buds and flowers in the spring and the changing colors of leaves in the fall. According to researchers at the University of New Hampshire, when the rate of the Earth's air temperature slows down for a significant amount of time, so can phenology."


In my world this is called “no shit sherlock” Sorry to be crude, but, I’ve witnessed this process as it unfolds- When it’s colder the leaves don’t unfurl, the flowers don’t open as soon as when it’s warm. I can recall springs when the trees were in full leaf in February. When it was warmer. And springs, such as this one, when it takes till late May early June for the trees to be in full leaf. Observable. By anyone.

Pay attention to what is being reported in this study-

"This finding was a big surprise to us because the Earth's climate is changing and affecting the length of the seasons," says Jingfeng Xiao, a research associate professor at the UNH Earth Systems Research Center. "Over the past decades we have experienced longer growing seasons, with spring coming earlier and fall coming later, but this wasn't the situation from 1998 to 2012 in the northern hemisphere."

We had experienced longer growing seasons, but that wasn't the case from '98 to 2012. And it’s not the case now either. Fall is coming earlier and spring is coming later. That has continued since 2012. I’ve been experiencing that reality and writing about it here at the blog.

Penny said...
When it used to be warmer I can recall us having peas and leaf lettuce in the garden in April.. once the peas were done,(they don't like heat so this would be Julyish we'd pull them all out and plant pole beans- and it was warm enough to get that kind of two season harvest- not anymore.

Lettuce and radishes would have been replaced with beets which can stand the frost.

But that kind of gardening is long gone for us.

"Phenology plays a major role in helping to regulate plant photosynthesis, transpiration, and energy exchange. When phenology stabilizes, it's easier to estimate when to start a garden, when fall foliage will peak and helps life cycles like pollination, migration and mating.

Researchers examined the carbon dioxide exchange between plants and the atmosphere from 56 sites located in forests, croplands, savannas, shrublands and grasslands in the northern hemisphere. They were the first to compare those findings with satellite imagery that indicated the dates of leaf-out (when leaves emerge in the spring) and senescence (when leaves fall and plants die off or enter dormancy in autumn) to estimate the length and timing of the growing season, which stayed about the same for that time period.

Earlier leaf-out and/or later senescence can mean a longer growing season, increase in agriculture production and crop yield, as well as an increase in the amount of carbon dioxide absorbed by plants from the atmosphere. However, it can also mean the need for more water use and could affect stream flow and aggravate water crisis issues."

The "elevated" carbon levels of the past few years are quite likely intimately tied to the late emergence of spring we've been experiencing in the northern hemisphere for nearly two decades....  I use 'elevated' loosely because carbon has likely been way higher previously on the planet. It's all relative and not related to AGW. And yes I'm suggesting the elevated spring carbon levels may be due to the cooling/later leaf out, that's been going on.

"It's not just about plants, many people are also physically affected by phenological trends," said Xiao. "Anyone suffering from seasonal allergies knows, an earlier spring, or growing season, can mean an earlier allergy season."

Phenological variations also make it more difficult for scientists to estimate the Earth's carbon, water and energy exchange between the atmosphere and the Earth's surface, which can then affect climate change projections.

Apparently the 'science' is not settled? Though the agenda clearly is.


The scientists admit that the time period they studied, where the Earth's air temperature rate slowed down, may seem to contrast with other research on global warming but they emphasize that even during this period the Earth's temperatures continued to rise. (of course they emphasized the agenda- gotta get paid) They point out that temporary trends like this one require very long datasets -- at least a decade or longer -- to properly assess big-picture phenological trends.


And finally, despite my turning the thermostat down on the furnace- The past two mornings the furnace has been running because it's so darn cold for June. The 5/6C or low '40's F overnight =  17C or lower 60's 'sF in the house. Chillin' in the house at 5:30 am that's for sure!

Just one more thing- It's been snowing in Australia- 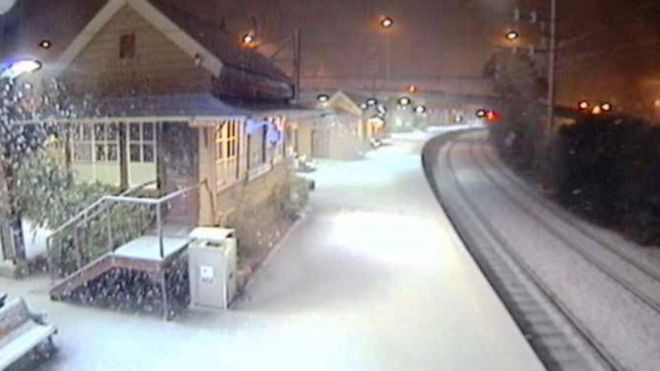 "Icy conditions have swept across eastern Australia, bringing snow to areas as far north as subtropical Queensland.
Australia's Bureau of Meteorology described it as a "rare" sight, noting the state had not experienced significant snowfall since 2015.

Meteorologist Lachlan Stone said the snowfall in Queensland, driven by colder air from the south, was an unusual occurrence in a state with a sub-tropical to tropical climate."