Started on this post last week. But, couldn't get it done. Such is life.

In a nutshell, it's been pretty obvious to me that this "pandemic" was merely the excuse to bail out banksters and big business yet again. The only difference this time 'round is the state is going to throw a bone or two to the mindless masses

This is where the "novel" virus really helped muddy the waters

Yes, there is more still. Targeting China is definitely part of this psyop. But, for this report, let's focus on the big business/banker, desired all along, bailout.
Pretty much anyone who's been paying attention knew the market was out of whack. The economy was teetering. All of it skewed by the bailouts in '08. The payouts in 2001. And probably further back still. Just recalling the past 20 years of previous bailouts should help with the basic understanding. We'll have a brief refresher on the previous bailouts a bit later in this report,

I just read this post to my husband, and he explained what his speculation is regarding these moves. Since you asked what it's about, I asked him to summarize it for me, and I'm putting it here:

There is no desperation. This is the safest, face-saving way to do this. They needed a "deflated" market (the markets have been way over inflated), so why not use this "crisis"? Between the QE and the circuit breakers on the Exchange, they can get it down to where they feel comfortable and then pull all this away. Et voila! End of crisis!

Gwen and Hubby- thanks :)

"There is no desperation. This is the safest, face-saving way to do this. They needed a "deflated" market (the markets have been way over inflated), so why not use this "crisis"? Between the QE and the circuit breakers on the Exchange, they can get it down to where they feel comfortable and then pull all this away. Et voila! End of crisis!"

So this kind of "face saving" makes sense to me
And they created the pandemic panic to cover up for their manipulations-
I'm good with that explanation and thank you both again!

That said the initial offering wasn't good enough!
What to do? What to do?
Turn up the panic. On two fronts.
The stock market and the "novel" virus.

Notice panic and pandemic are words with slightly different but related qualities? Think about this latest incident as double dose of fear presented via the two words being employed.


Panic: Early 17th century: from French panique, from modern Latin panicus, from Greek panikos, from the name of the god Pan, noted for causing terror, to whom woodland noises were attributed.
Pandemic means fear or terror spread across a wide region or many people 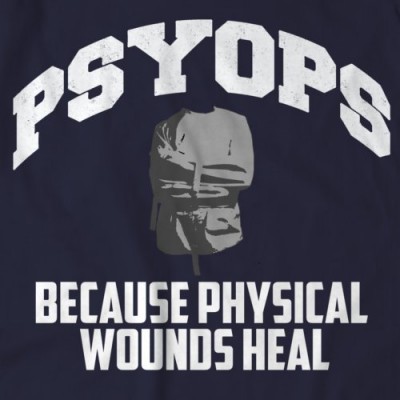 : occurring over a wide geographic area and affecting an exceptionally high proportion of the population

Though not generally used in such a manner- Stock market turmoil and economic collapse can cause a pandemic or viral panic. You know when something "goes viral"(spreads quickly and widely)  Stock market turmoil spreads terror/fear over a wide region and/ or many people.
A "novel virus" sure helps to spread still more  panic!  Always keeping in mind that language creates the reality!


As stated, I'd been as certain as was possible. that the market fundamentals were further disconnected from reality. Any sort of reality that you and I live in.

We’ve all been here before..... let's recollect briefly

The airlines got a big bailout then and they will because of the pandemic.
Of course they weren't the only ones in '01, but, you're getting the idea right?


"Over the course of just two days, introduced, passed, and got presidential approval for a $15 billion bailout. Of that sum, $5 billion was earmarked for direct payments to stabilize the nation's air transportation system."

"financial institutions acquired thousands of these risky mortgages in bulk (typically in the form of mortgage-backed securities) as an investment, in hopes of a quick profit.
These decisions, however, would soon prove catastrophic."


The Great Recession was a global economic downturn that devastated world financial markets as well as the banking and real estate industries. The crisis led to increases in home mortgage foreclosures worldwide and caused millions of people to lose their life savings, their jobs and their homes. It’s generally considered to be the longest period of economic decline since the Great Depression of the 1930s. Although its effects were definitely global in nature, the Great Recession was most pronounced in the United States—where it originated as a result of the subprime mortgage crisis—and in Western Europe.


Hindsight : we've seen this before
Foresight: should have seen it coming again. Based on past experiences.

When 700 Billion and QE didn't suffice, maximum pressure was applied.
And now.... The US is offering up a bail out package of at least 2 Trillion dollars.

The Stock Market flew today! The Dow was up more then 11%