Germany (?) Using Novichok As Leverage With Kremlin Over Pipeline (Nordstream 2)

Yup, that's the headline from Bloomberg sans the bracketed wording

Do you all recall which nation state was deeply opposed to the Nordstream deal?

If not, lets refresh our memories... US greenlights sanctions on mega Russia-EU gas pipeline, but it’s probably too late. It's never too late for sanctions

Navalny’s “Poisoning” and Realpolitk in action.

Realpolitik:  Politics or diplomacy based primarily on considerations of given circumstances and factors.  Realpolitik is sometimes used pejoratively to imply politics that are perceived as coercive, amoral, or Machiavellian.

Not certain that the Merkel government is behind this ploy. Germany needs this pipeline. The people need the energy supply.

The US would most probably prefer the Eastern Mediterranean be the source of Europe's energy.

“We want them to buy from us, not the Russians,” said Robert McNally, president of Rapidan Energy Group, a market research firm, describing Washington’s policy.

Quote above from a NYT's article that is linked below:

(Bloomberg) -- Chancellor Angela Merkel’s top diplomat warned Russia that Germany’s support for the Nord Stream 2 gas pipeline was at risk if the Kremlin doesn’t assist in clarifying the poisoning of dissident Alexey Navalny.

It was the first time a cabinet minister in Merkel’s government explicitly linked the fate of the Baltic Sea pipeline to Russia’s cooperation in an inquiry.

“More than 100 companies from 12 European countries are part of Nord Stream 2, about half of those from Germany,” Foreign Minister Heiko Maas told Germany’s Bild am Sonntag newspaper. “I certainly hope that the Russians don’t force us to change our stance.”

The German military’s finding (German military finding?) this week that Navalny was attacked with a novichok nerve agent has put pressure on Merkel’s controversial backing of Nord Stream 2, which will ship Russian gas directly to Europe’s largest economy. Maas said Germany and its partners would need to coordinate a response unless Russia clarifies the circumstances of Navalny’s poisoning in the “next few days.”

Has Merkel been told? Germany remains an occupied nation. To this day.

NYT's :A Russian Gas Pipeline Increases Tension Between the U.S. and Europ 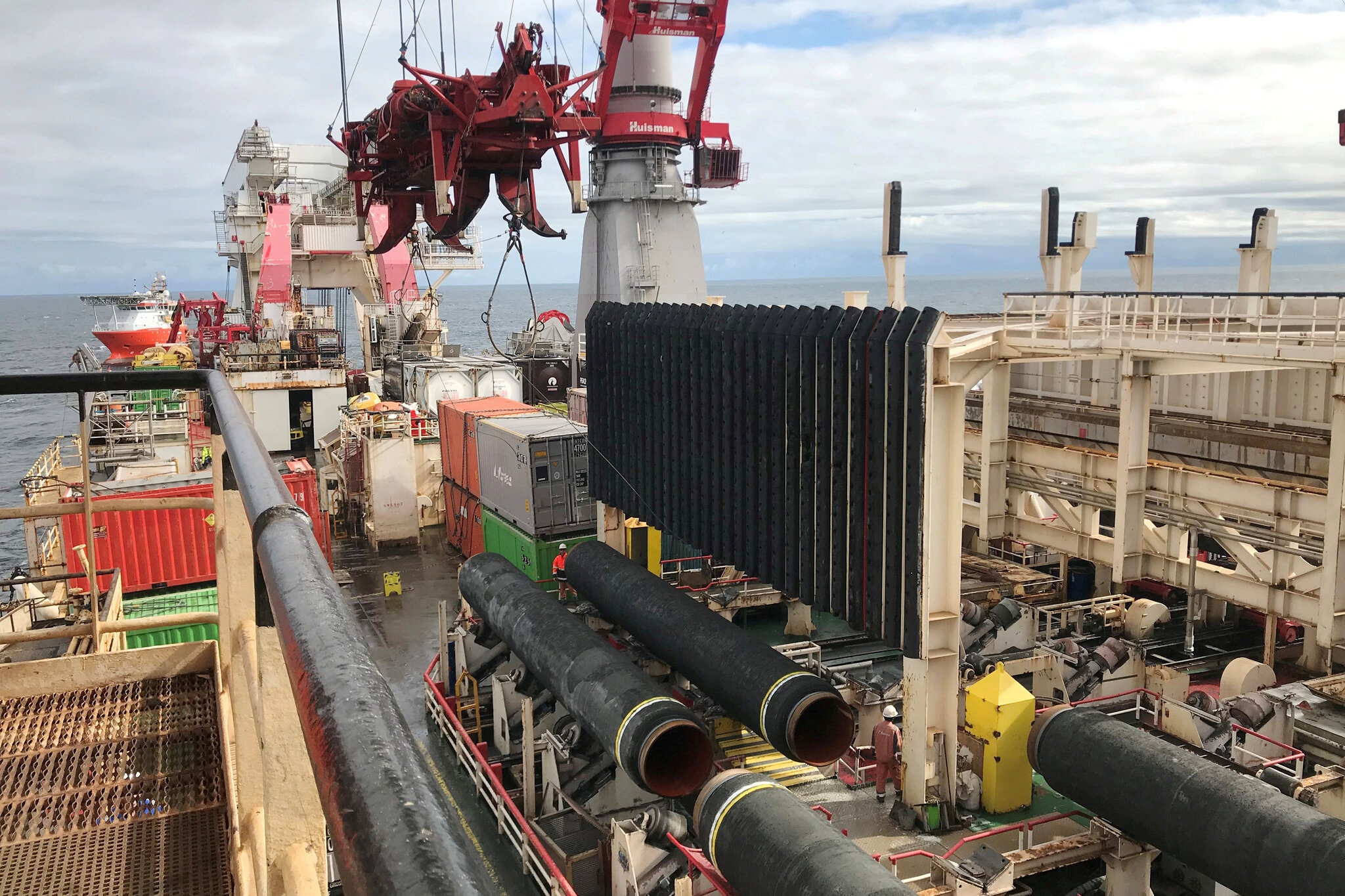 The Allseas ship before it was withdrawn from Nord Stream 2 work under the threat of U.S. sanctions

“The U.S. administration is disrespecting Europe’s right and sovereignty to decide itself where and how we source our energy,” said Heiko Maas, Germany’s foreign minister.

The European Union’s foreign policy chief, Josep Borrell, said he was “deeply concerned at the growing use of sanctions, or the threat of sanctions, by the United States against European companies and interests.”

German business representatives also say the dispute threatens to further sour trans-Atlantic economic ties that have already been strained during the Trump administration.

“It will be a very dangerous precedent that a third country can impose its rules on European sovereignty and rule of law,” said Michael Harms, managing director of the German Eastern Business Association, an industry group that promotes trade with Russia.

And Navalny's poisoning changed everything. Realpolitik.

From yesterday. And yes this is important news!