I can agree with the above headline. France’s Macron has lips that just keep flappin’ in the wind. He never shuts up. And the key paragraph below? France has, indeed, fanned the flames of conflict. And why are so few mentioning motor mouth Macron's role in a number of situations?

“The resumption of deadly fighting between Azerbaijan and Armenia has turned the international community's attention to the Organization for Security and Co-operation in Europe (OSCE) Minsk Group, which is tasked with solving the crisis and on which the international community relies to steer both countries toward a path to peace. Yet, while Russia's silence has been deafening and the U.S. has been widely absent, France has fanned the flames of conflict through statements of support for Yerevan and accusations toward third parties instead of providing a solution.”

France working to set Turkey and Russia at odds? It sure looks that way to this distant observer.

“Since then, Macron has been highly critical of President Erdoğan and Turkey, whether it be in Syria, Libya or the Eastern Mediterranean and now Azerbaijan. His full tilt toward Armenia makes it very difficult if not impossible for France to remain an impartial mediator as a co-chair of the Minsk Group. So, the Minsk Group is in big trouble,” Bryza said.

Speaking to Daily Sabah, journalist Sevil Nuriyeva Ismayılov said that there is a plan by France to pull Turkey into the events through Armenian Prime Minister Nikol Pashinian.

“In such a plan, Armenia will occupy new territory, and this violation will be met with anger by Turkey and lead to Turkey’s response, which would be opposed by Russia and result in a clash between Moscow and Ankara despite consensus on Libya and the Eastern Mediterranean,” Ismayılov pointed out, describing this as France’s strategy.

She suggested that France believed Turkey and Russia would confront each other, yet has been met with Azerbaijan’s statements insisting on Ankara’s presence at the negotiating table as a principle condition. “As Ilham Aliyev underlined on Monday, there is no way that Azerbaijan will sit down with anyone without Turkey,” she said.

One of the very first issues that was pointed out here, concerning NK, is the endless screeching about Turkey and Russia being at odds.

As conditions are repeatedly created to push that button and yet to the credit of both Turkey and Russia they've continued on resolving situation after situation with a savvy diplomacy that is apparent and yet flies under the radar.  Even the so called "alternative media" vomits up the same bile.

Macron has been pushing war buttons everywhere. Syria. Libya. Lebanon. The eastern Mediterranean. Alongside Greece. And now with NK.

The article that opens this report leads in nicely to the oped I’d saved yesterday from Ramzy Baroud. That’s a name anyone who has been following politics in the ME region should recall? While I’ve included a fairly large excerpt there is more to be read at the link below

Overwhelmed by uncontrollable circumstances, the Greek government is bracing for another financial crisis that promises to be as terrible as the last one in 2015.

While the Greek government is presenting the move as a show of force in case of a future military conflict with neighboring Turkey, the French arms will intensify Greece’s vulnerability to French political diktats, now and in the future.

This is part of a larger pattern for France. French President, Emmanuel Macron, is, again, assuming the role of savior. Lately, he has taken on the role of rebuilding devastated Beirut following the massive explosion in August. In return, he expects – in fact, demands – political acquiescence from all of Lebanon’s political forces.

Nevertheless, the news emerging from the region is clearly contrary, in that Turkey and Russia, which staked their claims over Libya only recently, are the ones who are now controlling the fate of this country. Not only are Ankara and Moscow the main power brokers in Libya – Russia supporting Haftar, while Istanbul backing the GNA – it is likely that they will shape Libya’s future, as well.  In their second rounds of negotiations in Ankara on September 16, the two countries have endorsed a ceasefire in Libya  (covered here) as part of a political process that should eventually stabilize the warring country.

The irony is that, until fairly recent, there was discord between Turkey and Russia. The conflict in Syria had reached a point where war in 2015 seemed imminent. This has changed as both countries saw an unprecedented opportunity arising from the relative absence of Washington as a direct player in the region’s conflicts, coupled with European/NATO disunity and internal conflict.

With time, more opportunities arose in Libya and, eventually, in the Eastern Mediterranean. When France and Italy showed enthusiasm in an emerging alliance between Israel, Greece and Cyprus around the EastMed gas pipeline project, Turkey swooped in to counter-balance this with an alliance of its own. In November 2019, Turkey and Libya’s GNA signed a Memorandum of Understanding that expanded Turkey’s areas of influence in the Mediterranean and forced France to contend with yet another challenge to its leadership in the region.

Moreover, emboldened Turkey widened its search for natural gas in the Mediterranean to cover a massive area that extends from the Turkish southern coast to Libya’s north-east coast. With NATO being unable to present a unified front, France advanced alone, hoping to sustain a geopolitical status quo that has governed the Mediterranean for decades.

That status quo is no longer sustainable as a new political contract is sure to be written, especially as the nature of the Turkish-Russian alliance is becoming clearer and promises to be a lasting one.

The mutual interests between Turkey and Russia are likely to culminate into an actual alliance should their ongoing negotiations pay lasting dividends. On the other side of that possible coalition, there are reluctant and fractious European powers, led by self-serving France, whose strategic vision has suffered a major blow in Libya as it did in Syria, years earlier.

Keeping in mind that Turkey did not participate in the NATO led attack on Libya. Russia was a no show as well.

Russian Foreign Minister, Sergey Lavrov, is now leading Russian diplomacy to find a non-military resolution to the Turkish-Greek conflict. This, in itself, is an indication of Russia’s growing prowess in a region that, until very recently, was dominated solely by NATO.

Who wants Russia and Turkey to fight? And why is there no alternative coverage of all these developments? Could it be because the alternative news is just an illusion? 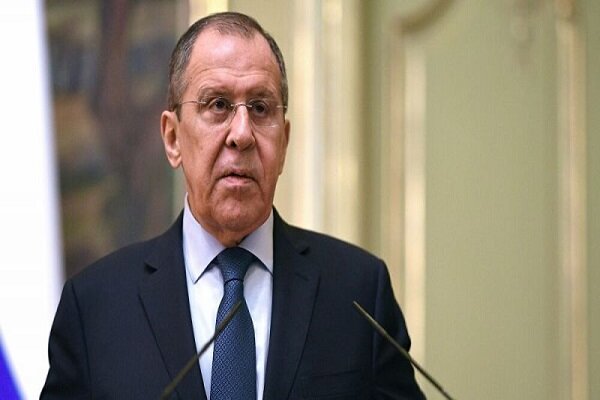 3- Moscow in contact with Iran, Turkey, Azerbaijan and Armenia

"We are in contact with Iran, the Republic of Azerbaijan, Turkey and Armenia as neighbors on the Nagorno-Karabakh issue," Russian Foreign Minister Sergei Lavrov said at a meeting with representatives of the European Trade Union on Monday.

"A peace process will surely be started. Clashes cannot go on forever, so the sooner the better," Aliyev said on TRT Haber, the Turkish broadcaster.

And finally from Abdullah (Thanks for the link!)

I think your right to disagree with M.K. on the point of Russia censuring Turkey. Russia's approach has been measured thus far. M.K. was a little premature making that assertion, considering the remarks below by Russian ambassador (Vasily) to UN were made before he wrote his piece.

5- Russian envoy to UN: We don’t support Armenia against Azerbaijan

“Yes, Turkey unequivocally supports Azerbaijan. We know that. But this does not mean that we are on the other side, supporting Armenia against Azerbaijan. This is not true. We support a fair settlement and cessation of hostilities,” TASS quoted Nebenzya as saying.