Russia and Turkey Should Find Compromises For Disagreement on Nagarno Karabakh......Updated

Keeping a watch on this situation, came across a couple of interesting articles. And yes, I'll be looking for some additional info as well. 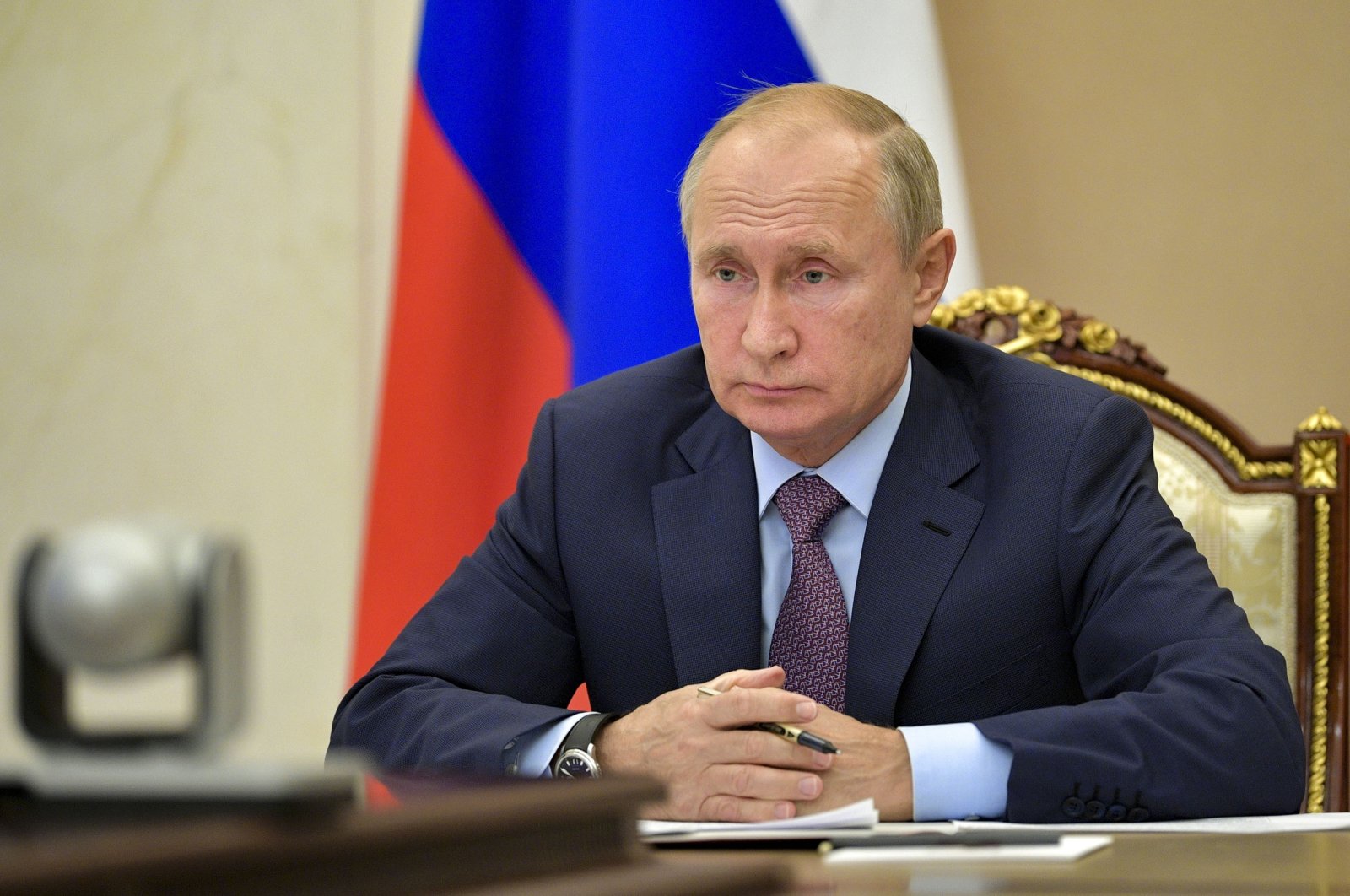 Russia and Turkey disagree on the Nagorno-Karabakh conflict and they need to find compromises where they disagree, Russian President Vladimir Putin said on Thursday.

"Erdoğan may seem tough but he is a flexible politician and a reliable partner for Russia," he added.

Putin also stated that he hopes the United States will help Russia try to broker a solution for the tensions in the Caucasus.

The president also said that Moscow believed that nearly 5,000 people had been killed in fighting between Azerbaijan and Armenian separatists over the illegally occupied Nagorno-Karabakh region.

"There are a lot of casualties from both sides, more than 2,000 from each side," Putin told a meeting of the Valdai Discussion Club.

Here's hoping Russia and Turkey can engage diplomatically. Broached more then once, but, most recently in the post below.

I'm in agreement a regional solution is the only way to go. So sayonara France and the US

He also stated that Russia has always had special ties with both Armenia and Azerbaijan.

“There are over 2,000,000 Armenians and nearly 2,000,000 Azerbaijanis living in Russia who have come to the Russian Federation to not only work temporarily, but also to settle. This is why both Armenia and Azerbaijan are equal partners for Russia, and the deaths of people are a great tragedy for us,” he said.

Should we take that to suggest that Russia is not solely in Armenia's court?

Putin on Turkey and France's Discrepancies..

Talking about the discrepancies between Turkey and France in regard to the Nagorno-Karabakh conflict, President of the Russian Federation Vladimir Putin said Russia has never abused the tension between states.

“As far as the internal disputes of NATO and the disputes between Turkey and France are concerned, Russia has never abused the tension between other states. Russia still has sustainable relations with good prospects and a good history of relations with France. The cooperation with Turkey is growing, and in general, Turkey is Russia’s neighbor,” Putin said at Valdai Discussion Club.

“I don’t know what President Erdogan is planning and how he treats Ottoman heritage,”..... Putin said in response to the moderator who hinted the view of experts (the view of spin doctors is much more like it) that Erdogan is actually leading a policy of expanding his zone of influence to the borders of the former Ottoman Empire.

Since the Putin quote was cut off, my question is did Putin suggest said experts ask Erdogan?

UPDATE October 23/20: Being an individual who has read lots of Putin speeches over the years, I was certain the cut off quote included Putin stating that Erdogan should be asked.. Sure enough.

I do not know about President Erdogan’s plans or his attitude towards the Ottoman legacy. You should ask him about it.

All participants of the Nagorno-Karabakh negotiations genuinely strive for regulation, but Russia is interested in it more than anyone else, Russian President Vladimir Putin said on Thursday during a session of the Valdai Discussion Club.

"All participants of the negotiation process genuinely want the situation to be regulated, but no one is interested in this more than Russia," the Russian leader stressed during a session of the Valdai Discussion Club on Thursday.

"I would very much like for a compromise to be found. As you know, I’m in close contact with President [of Azerbaijan Ilham] Aliyev and [Armenian] Prime Minister [Nikol] Pashinyan. I speak to them over the phone several times a day. Our foreign minister, defense minister, heads of special services are in constant contact," Putin said.

“Unfortunately, I don’t have the answer to your question [is it necessary to change the format of the group for settlement of the Nagorno-Karabakh conflict?], and it’s not because I want to emphasize Russia’s role. Everyone understands that these are our neighbors and we have special relations with these countries and peoples. Russia has a special sense of responsibility for the settlement in Nagorno-Karabakh, but it needs support, including the support of the US and France and other members of the Minsk Group, including Turkey, as a matter of fact.

I repeat that we have sought and proposed mutual concessions for years. Unfortunately, we failed to find a solution, and this led to today’s tragedy. I hope everything ends, the battles end. I agree that the first thing to do is to cease fire. We agreed on this in Moscow, but unfortunately, the situation didn’t stay the same. We will aspire for this,” he stated.