Yah, France. The leadership of that nation has no desire for peace in NK.  None. Nadda, Zéro  Zéro . Still awaiting the answer to the question - Why has France been getting a free pass in the media, alt and msm, for it's heavy handed and obvious involvement in Nagarno Karabakh?

YEREVAN, NOVEMBER 28, ARMENPRESS. The French government has studied the Nagorno Karabakh armistice signed between Armenia, Russia and Azerbaijan and it believes that some of the points of the agreements require further discussion, French Minister of State attached to the Minister for Europe and Foreign Affairs Jean-Baptiste Lemoyne told a news conference in Yerevan. 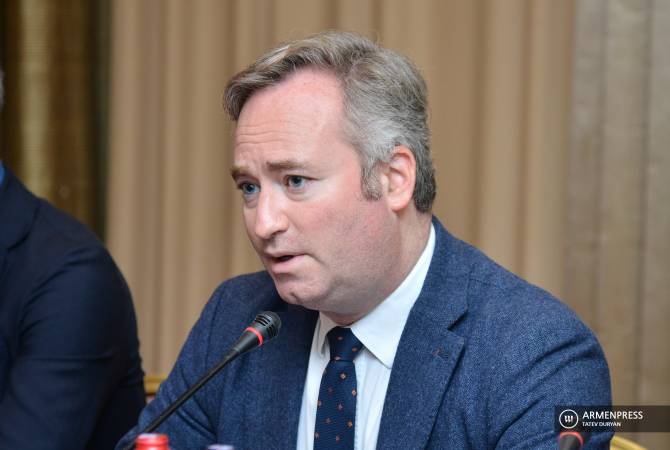 “We have studied the [armistice] agreement and naturally there are points which aren’t considered, which should be addressed. That’s already the political side. This should probably be done within the framework of the OSCE Minsk Group Co-Chairmanship. Yesterday I met with the Armenian Minister of Foreign Affairs Ara Ayvazyan, and today I met with the Armenian Prime Minister Nikol Pashinyan and I discussed all these issues,” Lemoyne said.

The agreement's already been made. So France clearly wants the agreement broken.

the French Senate has passed a resolution containing a call on the government to officially recognize the Nagorno-Karabakh Republic...

To be sure, France coordinated with the US (both are co-chairs of the Minsk Group). Within hours of the French FM’s statement, the US State Department waded into the topic. While welcoming the cessation of hostilities, the US statement ignored Moscow’s mediatory role.