If you want simplistic black vs white themes? Go elsewhere. Nagarno Kharabak is complex.  As is real life So, we'll pick up where we finished in these two previous reports: 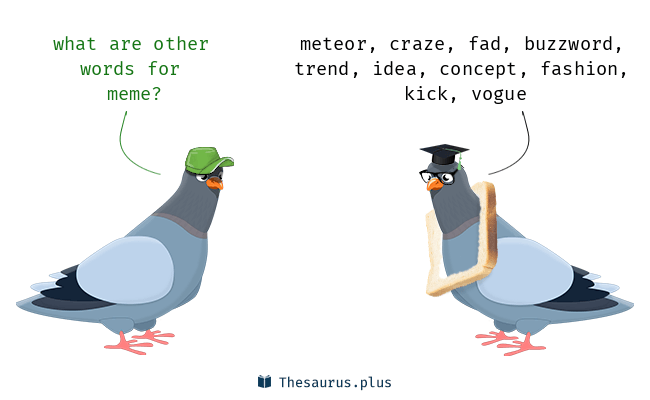 It’s been more then 12 years of slogging through the disinfo muck and mire here at PFYT's. (Started in March 08) Nagarno Karabakh, particularly as covered via the pro Armenian media has been spreading some of the muckiest mess one would ever have to wade through. On par with American/Israeli spin. Including the "terrorism" buzzword Armenia's been pushing. One would think that would be an easily recognized albeit tired and worn meme ?  Apparently, it's not. Oddly enough the "alt media" has failed to notice that big lie, yet again, in circulation.

So much for alternative media!

Part 1 of this latest begins below:
1- Putin, Erdogan ready to join efforts to solve Karabakh conflict

A negotiated settlement is definitely desired by all parties, except, it seems Armenia’s leader Pashinian

Russian President Vladimir Putin informed Turkish President Recep Tayyip Erdogan in a phone call about phone talks with the leaders of Azerbaijan and Armenia aimed at looking for a solution to the Nagorno-Karabakh conflict, the Kremlin said on Saturday.

According to the Kremlin press office, both presidents confirmed readiness to seek peace for Nagorno-Karabakh.

"[The two presidents] focused on the situation in the zone of Nagorno-Karabakh conflict. The Russian president informed his Turkish counterpart about a series of his telephone contacts with the leaders of Azerbaijan and Armenia. Those contacts sought options for the cessation of hostilities at the soonest possible time and for finding a political and diplomatic solution. Mutual readiness to cooperate so as to achieve a peaceful solution to the conflict was confirmed," the statement said.

On Saturday, the Turkish presidential office said that Erdogan insisted that Yerevan should be persuaded to sit at the negotiation table. He pointed out that a permanent solution to that conflict was a key factor for stability in the region, according to the press release.

The Kremlin said earlier that on November 1 and 2 Putin held meaningful talks over the phone with Armenian Prime Minister Nikol Pashinyan and Azerbaijan’s President Ilham Aliyev, discussing solutions to the Nagorno-Karabakh conflict with them.

2- Armenia  has intentionally targeted civilians far from the front lines, with scud missiles that have resulted in widespread destruction and death that can only be characterized as attacks undertaken with the intention of spreading terror among the general population. The reality of what has occurred is unlike the spin. Armenia is far from the saintly victim state so often portrayed in the msm and alt media alike

Over 2,480 houses, 97 multi-apartment residential buildings, and 461 civilian infrastructure facilities have been damaged or completely destroyed in the wake of Armenian army's attacks on densely populated civilian areas in the cities and districts of Azerbaijan, including Ganja, Barda, Tartar, Agjabadi, Goranboy, Mingachevir, Kurdamir, Gabala, Aghdam, and Fuzuli.

The deadliest attack carried out by Armenia's forces took place in two consecutive missile fires on the Barda city of Azerbaijan on October 27 and 28. As a result of the attack, 27 civilians died and 107 wounded in the city that is home to 40,000 people and located at least 30 kilometers far from the battlefield in the Nagorno-Karabakh region, which is the internationally recognized territory of Azerbaijan but occupied by Armenia.

"Armenian forces either fired or supplied internationally banned cluster munitions and at least one other type of long-range rocket used in an attack on Barda city, 230 kilometers west of Azerbaijan’s capital, Baku on October 28, 2020," Human Rights Watch (HRW) said on October 30.

HRW analyzed the photos of cluster munition remnants found at and near the attack scene to conclude that the missile was a Smerch cluster munition rocket and a Smerch parachute-retarded high-explosive fragmentation rocket. A mix of large explosions and “pops” of smaller explosions that were heard following the attack was consistent with the detonations of the 9N235 submunitions, according to HRW. The 9N235 is a high explosive fragmentation submunition compatible with the Russia-made RSZO 9K58 "Smerch" multiple rocket launcher.

Prior to the attacks on Barda, Armenia's forces launched four separate rocket fire on Ganja, the second-largest city of Azerbaijan situated as far as 60 kilometers from the frontline, which has a population of over 500,000.

Targeting civilian centers, 30 and 60 kms away from the battle field demonstrates an intent to terrorize. There are reports that Azerbaijan has also used cluster munitions. Despicable.

3- Will the Armenian’s toss this Pashinian to the curb?  I’d guess anything is possible?
Yes, it’s wild speculation, but.. it’s a valid question. Do the Armenian’s really need a neo liberal colour revolution man servant of the elites in charge? Do we need Trudeau?  Ooops, I mean Chyrstia Freeland! Same/same except for the man servant part. Or not? ;)

"The military actions in Nagorno-Karabakh show that the actions of Armenian Prime Minister Nikol Pashinyan from the very beginning of the conflict were rash and were committed for the sake of glory, Trend reports via the article published on yugsn.ru.
The article said Pashinyan's strategy led to colossal losses of personnel and volunteers, equipment, as well as the failure of the actions of the Armenian Armed Forces along the entire front, including intelligence.

"Pashinyan does not agree to a truce. He is looking for a meeting with Russian Presidents Vladimir Putin and asks for help, referring to some allied commitments within the CSTO. But the prime minister forgets that Russia can help Armenia only if its territory is attacked, which is not happening today," said the article.

Experts note that Pashinyan is trying to drag Moscow into a military conflict with Ankara. Also, Pashinyan does not notice the internal problems that contribute to failures at the front.

Also, the Armenian prime minister is criticized by representatives of the elite and businessmen, who note that with the coming to power of a pro-Western politician, their ties with Russia and the CIS countries have become not so strong, the previously reached agreements are lost. This, according to experts, also affects the internal situation, in the unwillingness to support Nikol Pashinyan's policy by many respected people.

Meanwhile, an expert on international conflicts Yevgeny Mikhailov notes that if a coup is brewing in Armenia, then Prime Minister Pashinyan has nowhere to run, the Armenian people will get him everywhere."