Question: Why Have Only The Most Extreme Experimental Vaccines Been Authorized For Emergency Use? Moderna EUA'd

Answer: Because the authorized for emergency use, RNA vaccine, completely unproven (limited, manipulated pharma trials don't constitute proof in my world) IS the green light for human experimentation on a mass scale. That’s what appears obvious to me. That’s my opinion on the matter.
Human = beings, living, sentient, flesh and blood (that’s us) Experimentation = the action or process of trying out new ideas, methods, or activities. RNA vaccines authorized for emergency use = Human experimentation.

The Oxford- Astra Zeneca vaccine is a more traditional type of vaccine. Of the kind that’s been used for many, many, many years. And it was not authorized for use. Emergency or otherwise.    Instead the two most experimental of vaccines, neither granted approval in normal or usual processes, were the ones authorized for emergency use. For experimentation on a wide scale.
It seems rather obvious. 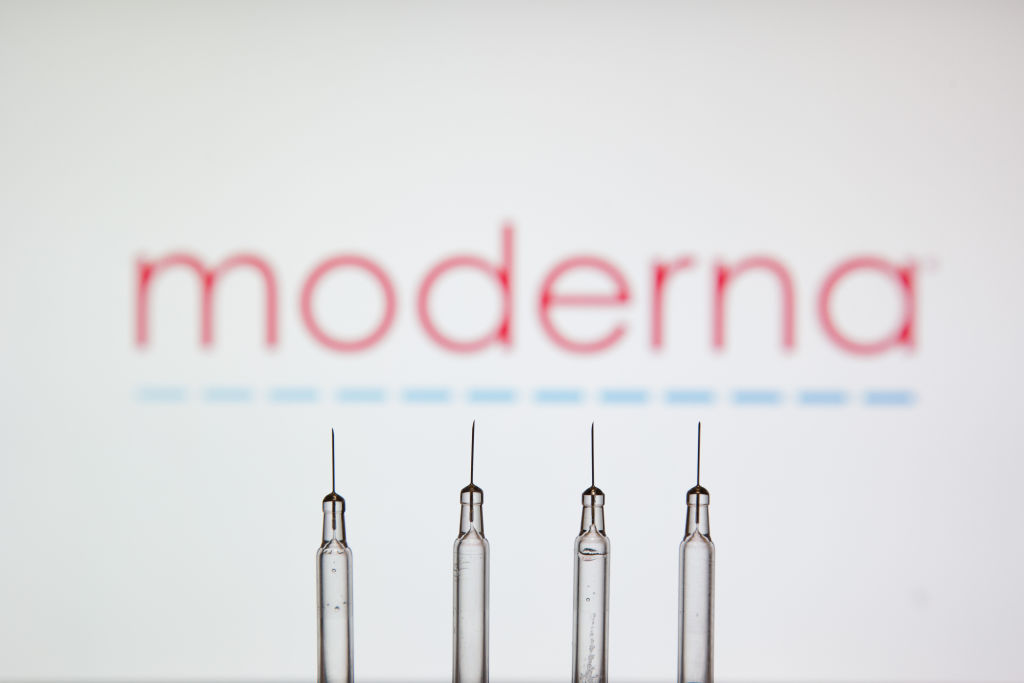 The U.S. Food and Drug Administration (FDA) has issued an Emergency Use Authorization (EUA) for Moderna’s COVID-19 vaccine, as expected after an independent panel commissioned by the administration recommended its approval earlier this week. This is the second vaccine now authorized for use in the U.S. under EUA, after the Pfizer -BioNTech vaccine was approved last week.

Moderna’s vaccine could begin being administered to Americans by “Monday or Tuesday” next week, according to Dr. Anthony Fauci speaking to NBC’s Today show in a new interview. That’s in keeping with the timelines between the Pfizer EUA and the first patients actually receiving the vaccine last week.

Like Pfizer’s vaccine, Moderna’s is an mRNA therapy. That means that it contains no actual virus — just genetic instructions that tell a person’s body to create a specific protein. That protein is more or less identical to the one that SARS-CoV-2, the virus which causes COVID-19, uses to attach to a host’s cells and replicate. Moderna’s vaccine causes a person to create just the protein, which on its own is harmless, and then their natural defenses via their immune system react to that and develop a method for fighting it off. That defense system is “remembered” by the body, while the vaccine itself naturally dissolves after a brief time, leaving a person with immunity but nothing else.

That defense system is "remembered" by the body? How do they know that? And how do they know it's remembered in the correct way? Or that this 'remembering' will not have other outcomes. Unforeseen outcomes. Such as severe anaphylactic reactions. Neurological disorders.  What else might the body "remember" to launch an attack against? How about a pregnant woman? Might the mRNA remember to launch an attack against an unborn child.

There is already something called the RH factor that creates a protein..

"Well. .. aside from the major blood group, there are minor factors and proteins as well as the major ones, A and B. One of them is the Rh factor (called “Rh” because the first researchers were using “Rhesus” monkeys when they were trying to find out why some babies were being damaged in their mother’s wombs). A baby in the womb can have the same or a different blood type from his mom, and there won’t be problems — but some of the “minor factors” like “Rh” MIGHT cause problems.

If she gets pregnant with a baby who also doesn’t have the Rh-factor (an Rh-negative baby) then there is no problem. But if she gets pregnant with a baby who DOES have a blood type with Rh (an Rh-positive baby) then there might be problems. If there is any mixing of the mom’s and baby’s blood — as often happens during birth or sometimes in late pregnancy — then the mother’s body may make antibodies to destroy the “foreign invaders” – the Rh-positive blood cells. This process is similar (though much slower) to what might happen if someone were given the wrong type of blood during a blood transfusion.

This baby is usually born before the mom’s body can make this response, so there is no harm to this baby. But the NEXT time she becomes pregnant with an Rh-positive baby, the mom’s body may attack the new baby by sending these antibodies’ through the placenta and destroying the baby’s red blood cells. This can cause serious anemia — and if it goes on long enough can even cause the baby’s death.

What if the vaccine, this experimental vaccine, caused some type of unforeseen alteration in the the immune system? One that perhaps makes this Rh response worse? Or untreatable? I don't know, but, it seems to me, it's pretty serious to alter the immune response with an experimental vaccine, distributed, forcefully, through fear and manipulation of the masses. Without regard for potential long term consequences. You only have one body. One mind. It's all part of one system. It intermingles with the planet.

The Oxford-AstraZeneca vaccine, which has yet to be approved for use in the U.S., uses a weakened and modified common cold virus that doesn’t spread in humans to create the spike protein in recipients, resulting in the body generating its own immune response. That’s a much more tried-and-tested method for creating a vaccine, but both Moderna and Pfizer’s mRNA therapies have shown to be very effective in preliminary data from their large Phase 3 clinical trials.

As has already been reported.

As Insanity Prevails- Yet another ER Doctor Tries to Sanely Explain The Reason More Lockdowns Are Not The Answer!