US Sanctions Turkey. And yes it’s an attack on Turkey’s Sovereignty.

As has been stated here repeatedly. For years. And years. Turkey and the US are not allies.

Turkey was always a sometime ally for the US. As long as they were 'useful'. That's it.

He’s right. 100 percent. The US has been looking for any and every reason to weaken Turkey.

Turkey’s purchase of a Russian missile-defense system was “just a pretext” for the U.S. to impose sanctions, designed to squelch Ankara’s efforts to lessen its dependence on the American defense industry, President Recep Tayyip Erdogan said.

“This decision is a blatant assault on our nation’s sovereign rights,” Erdogan said in Ankara on Wednesday. “This has been imposed for the first time against us, a NATO member. What kind of an alliance is this?”

It’s an alliance of convenience for the 5 eyes (and Israel). Even Greece is expendable.

So the US plunking the PKK at Turkey's south border (in Syria) ensconced in American military barracks was a friendly gesture? Going right back to 2011. Okay, sure.
Or the US backing the coup with their pals in Egypt and Greece? Yup, allies. That’s what friends are for. Knife you in the back. 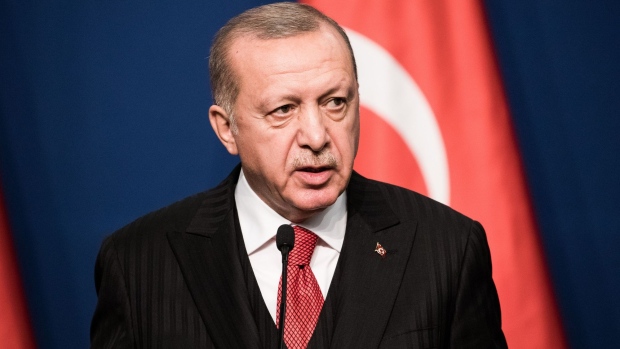 "Because we met our needs somewhere else, they pulled the sanctions trigger."

I could not agree more with what Erdogan stated above- As Turkey pulled itself out of the yoke of the US. The US tried to continue beating that nation state down. We’ve all seen this type of behaviour previously with any nation that attempts some independence from the US led NATO and it’s 5/6 eyes partners. (Canada, Australia, UK, New Zealand and Israel)

There are dozens and dozens of reports covering the years old discord between Turkey and the US going back as far as the attack on Iraq. Libya. The coup. Partnership with the PKK. Refusal to stick to agreements made. I could go on and on. Click on the Turkey label and start reading.

And so many more. So very many. Please- no Southfront crap. IMO that place is pure imperialist disinfo. Pay attention to the words they deploy. It's obvious.