So yesterday’s theatre ... How did protestors get through 4 layers of security? Repeatedly stated. A feat never accomplished previously.

“Trump supporters have breached the Capitol building, tearing down 4 layers of security fencing and are attempting to occupy the building – fighting federal police who are overrun This is the craziest thing I’ve ever seen in my life. Thousands, police can’t stop them.”

Oh really? Wow. That’s a threatening mob. Right?  But have no fear, this adversity will be overcome. Light will shine through the darkness

Joe Biden and his ‘righteous’ caring, humanitarian do gooders have endured such trials and tribulations, at the hands of Trump and his crew of ‘deplorables’. Good vs Evil.

Until finally, after overcoming this, the last ordeal, Joe Biden, hero, has taken his sword, his reward, his exalted position. And is set to become the next President!

And the Hero’s Journey has come to it’s rightful end.

Yup, and then the angels sang. 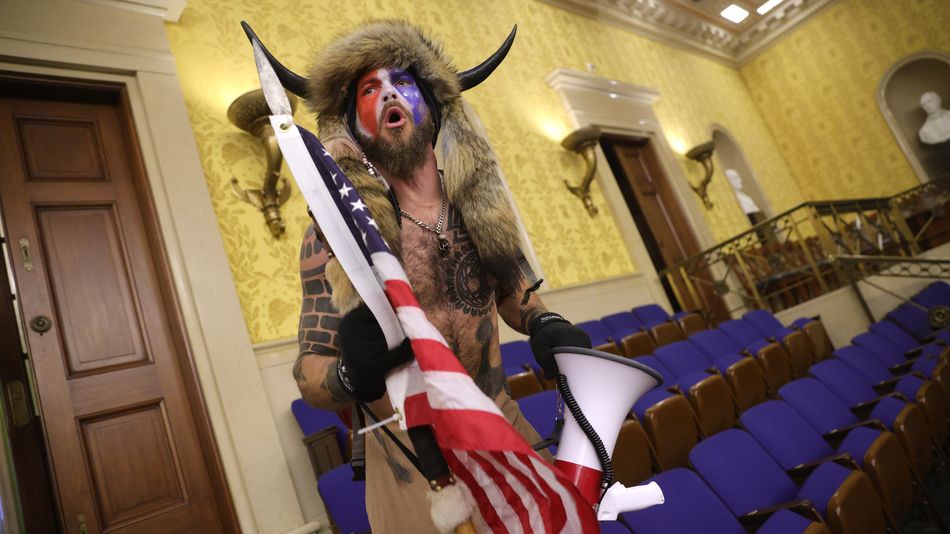 No one but the Biden camp benefited from that dog and pony show yesterday.

Loved the “shaman” in attendance. Nothing says magic ritual like a shaman figure.

Was I the only one who noticed the common trope playing out in real time? There are a myriad of variations within the theme, but, the theme was unmistakable. At least, in my opinion.

From last night: The CDC is admitting but still  downplaying..

Email ThisBlogThis!Share to TwitterShare to FacebookShare to Pinterest
Labels: perception management, US