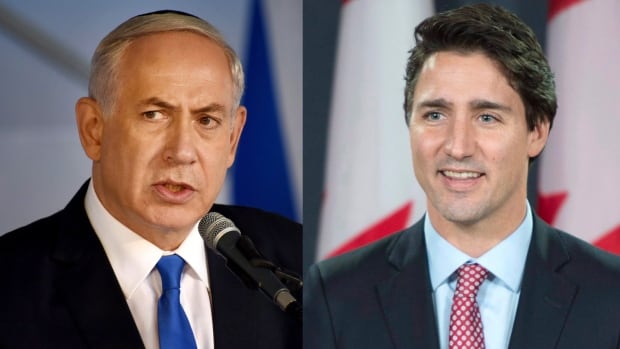 The window dressing changed, but the window is still the same


Israeli Prime Minister Benjamin Netanyahu has offered his congratulations to prime minister designate Justin Trudeau in a telephone call affirming the friendship of the two countries.


Past Liberal governments have always had a pro-Israel foreign policy, but because of the vocal support of the Conservatives since 2006, some Israeli commentators have raised questions about whether the new Liberal majority government will still be as close to Israel.
Barak told The Canadian Press on Thursday that Trudeau also has a record of unwavering support for Israel.

"Mr. Trudeau has been very consistent from the very beginning of his campaign, in expressing his support for Israel," said Barak.

"I'm sure maybe the style will change," the envoy added. "But I don't feel there will be a change on the substance. I'm really reassured."

Trudeau also "explained there would be a shift in tone but Canada would continue to be a friend of Israel's," she added.

In plain talk the Trudeau government will be just as servile to Israel as Harper's government. But will make that servitude less obvious.

No visit in short term

The Middle East was raised briefly during the election campaign's foreign policy debate in Toronto on Sept. 28, which gave Trudeau the opportunity to accuse Harper of using it as a wedge issue domestically.


"The issue of Israel, where we most disagree as Liberals with Mr. Harper, is that he has made support for Israel a domestic political football when all three of us support Israel and any Canadian government will," Trudeau said.


Netanyahu also invited Trudeau to visit Israel.
"We hope that we will see him soon," Barak said. "It was a very warm call."
That isn't likely to happen soon. Trudeau already has a full international schedule, packed with four multilateral summits in the coming weeks.
So far, he has committed to attending the Paris climate change conference in early December with a full delegation that includes the opposition party leaders and several provincial premiers.

Pertinent to Syria and the remake the middle east agenda