ISIS Smuggles Priceless Artifacts to Israel and Into Europe

The video released on Friday by the Arabic section of Sputnik news agency and taken by one of Mosul's residents showed how the ISIL dug the tunnel near the walls of the ancient city of Nineveh to take the antiquities out of the region.

The eyewitness who took the footages of the tunnel said that the ISIL smuggles the ancient artefacts every day, adding that the tunnel is equipped with electrical lamps using a generator.
Also, Amer Abdullah al-Jomaili, a professor at Mosul's university, revealed that 25 pieces of the antiquities have already been smuggled to Israel via Turkey and the rest are being sold in the European auctions.

The city of Nineveh was mentioned in the Bible, dates to the 7th century BC, and was once the largest city in the world.
Earlier reports also said that the ISIL terrorist group has destroyed a 2,000-year-old gate near the Iraqi city of Mosul.
The structure is known as the Gate of God, and used to guard the ancient Assyrian city Nineveh, a British archaeological studies institute in Iraq reported earlier this month.

The destruction of the ancient structure, also called the Mashqi Gate, has been confirmed by the British Institute for the Study of Iraq, and the Antiquities Department in Baghdad hasn’t denied the demolition.
The terrorists demolished the 2,000-year-old gate using military equipment, activists in Mosul said.
Media activist Zuheir Mousilly added that ISIL have destroyed many of Iraqi historic sites and monuments, including the Assyrian city of Nimrud, the Winged Bulls, and the Mosul National Museum.
As for the gate, other reports suggested that the ISIL terrorists were dismantling it and selling separate blocks.

Personally speaking, smart money is on these ancient pieces of history being dismantled and smuggled out to Israel- Foolish money and  foolish people, believe foolish narratives of ISIS destroying these priceless treasures

"The Turkish city of Gaziantep is the trade hub used by Islamic State to sell objects of cultural heritage, stolen from Syria and Iraq. In an official letter to UN Russian envoy Vitaly Churkin outlined how the valuables are being transported and sold.
“Antiquities from Syria and Iraq are exported by the extremists mostly through the territory of Turkey. The main center for the smuggling of cultural heritage items is the Turkish city of Gaziantep, where the stolen goods are sold at illegal auctions and then through a network of antique shops and at the local market" 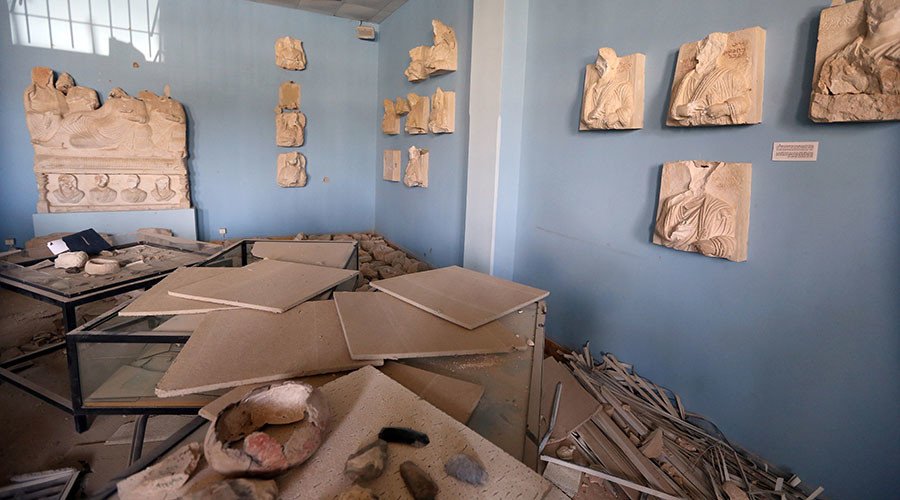 So, "ISIS" is smuggling stolen antiquities "through the territory of Turkey" That's specific language folks- Churkin is not saying the Turkish government is involved, or is aware, or is participating or is profiting he is stating these stolen goods are being smuggled through Turkish territory. Who is doing the smuggling???


Smuggled artifacts (jewelry, coins, etc.) then arrive in the Turkish cities of Izmir, Mersin and Antalya, where representatives of international criminal groups produce fake documents on the origin of the antiquities.”

Well the Kurds are extraordinary smugglers. Oil. People. Drugs. They have the ability. The networks and the contacts.  Three Cheers for the PKK? And the Kurds are beloved by Israel!

Of course YPG is providing the "evidence" to frame ISIS- That makes me laugh and laugh!  I'm going to roll around on the floor and laugh that's how absurd it is to think of YPG presenting evidence against ISIS. Talk about your narrative creation!! Your perception managed- Always!

Anywhoo... this smuggling of priceless antiquities of Assyrian history brought to mind the post from earlier this week.....

*"Arch of Triumph" Destroyed by ISIS, Recreated (in Under 6 months) And On Tour

And reminded me of two older posts concerning Kurdish/ Israeli overlapping interest in erasing the Assyrians from the history books:

The above post specifically talks about the fall of Palmyra- We recently witnessed the unveiling of the Arch of Triumph, just days in ago, in London. The same Arch that was allegedly destroyed by ISIS in Palmyra.