Panama Papers & Mossack Fonseca: Expendable "Problem Child" for the "To Big To Fail"

I know, I know... what happened to my refusal to write about the Panama Papers and Mossack Fonseca ?? It just so happens I came upon a couple of interesting articles that made me realize the way the Panama Papers news was presented was the means to obfuscate some pretty interesting facts- Not absurdity. Facts. Facts like Mossack Fonseca was a little fish swimming in a sea of sharks.
A very small player compared to the too big to fail/jail bank/bankers.
Mossack Fonseca it turns out was a bad weed needing eradication. And as the big boys took it down, the opportunity to make lemonade out of this lemon, was too juicy to pass up-
So the Panama Papers leak presented an opportunity to kill many birds with one stone.

There was that oh so convenient distraction from Nagarno Karabakh,( Nagorno Karabakh or Why I'm ignoring the Panama Papers)  and the US moving B-52's back to the middle east. (U.S. Deploys B-52 Bombers to Middle East. First Time in 25 Years)

Despite all the demonization of Putin and Assad,(The not completely crazy theory that Russia leaked the Panama Papers???) you all just know there is more to this episode then meets the eye????? - And, of course, there is. Read on.


PANAMA’S most notorious moment as a haven for tainted cash came with the nationalisation of money-laundering in the 1980s under Manuel Noriega, a military strongman. It has since clamped down on egregious financial criminality, but remains home to thousands of secretive firms and famous for the discretion of its bankers and lawyers

It is also holding out against global tax-transparency plans known as the Common Reporting Standard (CRS) being championed by the OECD club of rich nations. It says it will develop its own standard, which will probably mean less information, exchanged with fewer countries. Small financial centres, it huffs, are being bullied into accepting competitiveness-sapping rules shunned by some bigger countries, in particular America. “We’ll move at the same speed as the slowest,” says one of its leading lawyers. “Otherwise our financial centre faces a death sentence.”

Panama, it seems, didn’t want to play by the rules made by the big boys, because the big boys don’t play by their own rules! This compliance was going to put Panama out of business- No doubt, intentionally so.

Panama Papers: Mossack Fonseca Was a Tax Shelter Nobody

“There is something very simple that people are missing about the Panama Papers leak,” says James Henry, managing director at Sag Harbor Group, a consultancy that specializes in economic, legal and tax strategies in Sag Harbor, New York. “And that is that Mossack Fonseca was a gritty little law firm in Panama doing grunt work, with dingy little storefronts all over the world. The wealthiest clients are going to the world’s top investment banks, all the names you’ve heard of—all the banks that got bailed out in 2008.”


While it has been well-known for years which countries and territories house upward of $20 trillion in financial assets for the world’s crème de la crème in tax shelters (psst, Switzerland, Hong Kong and the U.S. are at the very top of the list, in that order), there is scant information about the players that make up the inner circle catering to the planet’s wealthiest. 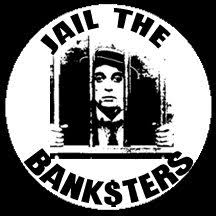 One of the only places that have attempted to pull back the veil is the Tax Justice Network (TJN), a U.K.-based nonprofit that investigates global tax shelters (and where Henry, formerly the chief economist at New York financial consultancy McKinsey & Company, is also is an adviser).

TJN estimated that nearly 75 percent of all offshore private wealth is either directly or indirectly concentrated in the hands of the world’s top 50 private banks, particularly around 20 banks that each have private cross-border assets under management of $100 billion each, based on reports from the banks themselves and interviews with industry analysts and private bankers 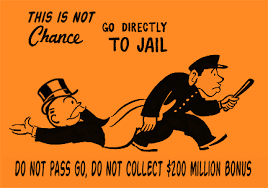 From 2005 to 2010, these banks included, according to the report, UBS, Credit Suisse, Citigroup, Morgan Stanley, Deutsche Bank, Bank of America, Merrill Lynch, JPMorgan Chase, BNP Paribas, HSBC, Goldman Sachs, ABN Amro, Societe General and Barclays. Their total private assets under management came to $12.2 trillion, Henry says, and have likely gone up since then.

“In many ways, Mossack Fonseca is the least interesting part of the tax shelter industry,” he says. “These are just the lawyers, the order takers, the shipping clerks. They are doing the grimy work of the much bigger players—mainly the big banks, who have private wealth divisions that advise the top-level clients.” Mossack Fonseca has vehemently denied any wrongdoing.

Mossack Fonseca is the least interesting, hence the most expendable, part of the tax shelter industry!

Police with an organised crime unit carried out the raid at Mossack Fonseca "with no incident or interference", prosecutors said in a statement, adding that searches would take place at the firm's Panama City headquarters and its branches


Now, who do you think really provided the handpicked journalists with these 'papers' ?
Looks to me as if the global banking cartel, with the help of their friends in the intelligence agencies, had the most to gain by taking out this problem child.