Mercury in Vaccines harmful or harmless-the debate rages on

We are repeatedly told this is safe. Is it really?
I think about all the things in this world we are told, yes, that is perfectly safe.
Saccharine, Nutrasweet, at one time even cigarette smoking was a wonderful option for people.
Thalidomide, that was safe too. Until the damage done was so obvious denial could only be met with disgust and anger. 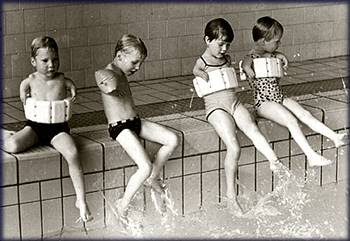 Back to mercury in vaccines. Hotly debated to this day. But, mercury is poisonous. So I am not sure why it should be considered safe when injected repeatedly into the human body.

A memo from Merck & Co. shows that, nearly a decade before the first public disclosure, senior executives were concerned that infants were getting an elevated dose of mercury in vaccinations containing a widely used sterilizing agent.

The March 1991 memo, obtained by The Times, said that 6-month-old children who received their shots on schedule would get a mercury dose up to 87 times higher than guidelines for the maximum daily consumption of mercury from fish.


And then another one: Possible Mercury, Autism Connection Found in Study

Texas researchers have found a possible link between autism and mercury in the air and water.

Studying individual school districts in Texas, the epidemiologists found that those districts with the highest levels of mercury in the environment also had the highest rates of special education students and autism diagnoses

Most recently this bit of news Vaccine Researcher Flees with $2M

This wasn't just any vaccine researcher. This was the lead researcher, the man who lead the research that allegedly demonstrated mercury in vaccines was not harmful.

A Danish scientist who was a lead researcher in two studies that purport to show that mercury used in vaccines do not cause autism is believed to have used forged documents to steal $2 million from Aarhus University in Denmark.

The Centers for Disease Control and Prevention funded research conducted by Thorsen and his colleagues at Aarhus University.

The CDC asked the researchers to conduct studies to determine whether thimerosal, a mercury-based preservative and adjuvant used in vaccines, played any role in causing autism.

The results of the studies, that there was no link between vaccines containing mercury and autism, formed the foundation for the conclusions of several Institute of Medicine reports.

In a statement Aarhus University officials said Thorsen forged documents supposedly from the CDC to obtain the release of $2 million from the university.

Autism advocacy groups are demanding his studies be given a closer look. Those same groups have long claimed that the results of the studies were suspect.

CDC officials released a statement this afternoon saying, "CDC is aware of the allegations by Aarhus University against Poul Thorsen, a Danish doctor who participated in CDC funded research. For the past 10 years, CDC has had a cooperative agreement with the Danish Agency for Science, Technology and Innovation (DASTI) and Aarhus University in Denmark to conduct research studies on issues such as cerebral palsy, autism, alcohol use in pregnancy and Down syndrome. Dr. Thorsen was one of many co-authors on these research projects. All of these were subject to extensive peer review and we have no reason to suspect that there are any issues related to the integrity of the science. The allegations that are fiscal in nature against Dr. Thorsen are being looked into by appropriate authorities."

His research contradicted the older studies I mentioned. While the CDC may claim his work was peer reviewed, there is no way for us to actually know that it was. Only that the CDC claims it was. I'll be honest, I don't hold them in such high esteem. Particularly after the swine flu hype.

This scientist, doesn't seem to be a very ethical person does he? It does make one wonder, what else he would be capable of, for the right payment?