A key components of the meddling in both nations? The Ambassadors.
I have previously covered Ambassador Robert Ford and his role in the destabilization of Syria, also noting his previous death squad connections.

And wasn't it curious.... that right after Ambassador Ford's return to Syria there was an oil pipeline explosion in Homs! 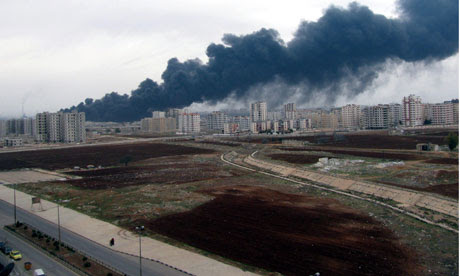 In July there were two similar blasts on Syrian pipelines

If you read this post, you may recall this?

Not forgetting that Ambassador Ford has been a previous visitor to Homs!


Ford even visited Homs and Hama, the hotbeds of protest in the country, and held a meeting with the leaders of the opposition after Friday prayers. The violence in these towns, where the opposition has a following, usually peaks on Fridays after the afternoon prayers.


Wow, Ambassador Ford back in Syria and kaboom!

So what of the Ambassador to Russia?
McFaul confirmed as Russia ambassador


The Senate’s Foreign Relations Committee has confirmed Michael McFaul as the US Ambassador to Russia.
Reports that McFaul would succeed John Beyrle as Russia ambassador were published in May.
President Obama made an official statement to this effect in September.
Prior to his appointment, McFaul worked for the US National Security Council as Special Assistant to the President and Senior Director of Russian and Eurasian Affairs.
More on Michael McFaul

Michael McFaul is the former director of CDDRL and deputy director of FSI at Stanford University. He also is the Peter and Helen Bing Senior Fellow at the Hoover Institution, where he co-directs the Iran Democracy Project, as well as Professor of Political Science at Stanford University.
He is also a non-resident Senior Associate at the Carnegie Endowment for International Peace. He serves on the Board of Directors of the Eurasia Foundation, the Firebird Fund, Freedom House, the International Forum for Democratic Studies of the National Endowment for Democracy, and the International Research and Exchange Board (IREX).
Well connected? It appears that way.

The Firebird Fund really caught my eye. You see the Firebird is a component of a Russian Folk/Fairy Tale. 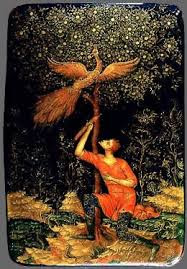 Always associated with a quest or a hero's journey.

In Michael McFaul's world the Firebird Fund is an equity investment firm, specializing in the Russian emerging market.
Talk about having a vested interest in the destabilization of Russia, for profits. As if there is any other real reason for that to happen. It's always about the money.
Tony Cartalucci had done a piece in October, noting, Michael McFaul's propensity for agitation
A very worthy read and I am unsurprised to notice that Ambassador Ford garners a special mention.
In this piece again by Tony Cartalucci a very familiar name is mentioned and another equity/investment house.
US Caught Meddling in Russian Elections!

UK financier operative Sergei Magnitsky of Hermitage Capital Mangement, an enterprise that while operating primarily in Russian markets, maintained its headquarters in the Cayman Islands.

Magnitsky was arrested and imprisoned over tax evasion and tax fraud, and would die of illness while in prison. The US and UK would predictably trump up the circumstances surrounding the death of Magnitsky, with corporate foundation-funded Redress (page 28) of the UK submitting a “report” to the UN in yet another classic example of leveraging issues of “human rights” against a target nation to serve Western interests. This is but a taste of what is to come with McFaul presiding over the next leg of Anglo-American global destabilization.

You may want to give that one a refresher read!

Twisted, sordid and twisted!
Posted by Penny at 10:11 AM