Syria- The beat goes on: Part 3

We are going to take a look at the Syrian situation from a number of different angles today.

Let me first open with a report from DEBKA- I am aware this is a source that is replete with spin, and disinfo. Just like the main stream media.

That said, this bit of news is quite plausible- The US is shifting troops from Iraq to the Jordanian border with Syria.

The spin from DEBKA ,which is ridiculous, is this is being done in preparation of Syria's attacking Jordan.
Syria will not attack Jordan.

The scenario that will play out will be that Syria will defend itself from an attack launched via Jordan. Not the other way around.
Jordan and the NATO war criminal crowd will spin this the way DEBKA is spinning, but, that won't be the reality. It will be newspeak. Or doubletalk.

Keeping in mind that Jordan has been covertly attacking Syria for some months now. Since March of this year, Jordan has supplied destabilizers, both persons and weapons.

In July 2011 it was reported US Special Ops were in Jordan ostensibly participating in a "warrior" competition.

This first time ever competition to place May 8-12/2011. Just two months after destabilization via Jordan began in March.
When did US Special Forces arrive there? Were they there prior to this date? Did they leave after this competition? Inquiring minds want to know?

This past paragraph makes me think there is much more to this special op warrior competition then meets the eye.

Clearly there have been US Special forces on the ground in Jordan, for many months now.
How many of these US Special forces, along with Jordanian Forces have been infiltrating the Syrian border, killing civilians and Syrian soldiers for how long now???

All question that beg for answers.

Back to the DEBKA story- The gist of the story being that the US is shifting troops out of Iraq and into Jordan is quite possible. Likely being done to bolster the contingency of special ops already in place and laying the groundwork for further assaults on Syria.

You can check back to previous posts where I have mentioned that as a distinct and real possibility.

Let's skip round to Turkey. And their Alawite population.

In Antakya, a cosmopolitan Turkish city on the border with Syria, the Alawite minority has taken sides against Ankara in staunch defense of Bashar al-Assad – dreading their fate if he is toppled.

“Everything is calm in the (Syrian) cities. There is nothing in (the northwestern town of) Latakia; the people who come here say that they are living normally,” claimed Suheyla Kocak, an actress in the Antakya municipal theatre which has staged numerous plays in Syria.

“Where are the incidents happening? In remote areas, where people are ignorant and where they can easily lose their heads. It is in these types of places where they are fighting and killing each other.”(correct)

“Millions of people are on the street to support (Assad’s) reforms,” added Ali Yeral. (correct)

“If Assad is overthrown, it is clear that there will be a massacre of Alawites,” said Yeral. (correct)

There will be a massacre of Alawites and other religious minorites, such as Christians, who have also expressed great fear at what is going on in Syria. Not fear of Assad. Fear of the Islamists that the West is arming. This slaughter via civil war is exactly what NATO is working for.

“The Muslim Brotherhood are the ones who are creating all of these incidents,” he claimed.

Not alone, they have had help.

Meanwhile the Israeli press is crying for the aid of the US. And of course American blood to be spilled for the benefit of Israel

Jerusalem Post- No Substitute for US Leadership on Syria

Tony Badran – a fellow at the Foundation for Defense of Democracies, (another stink tank) the Washington think tank that organized the event – said neither the Arab League nor Turkey wield the necessary military or diplomatic clout to end a nearly nine-month government crackdown said to have killed at least 4,000 people.

Only the US can do this – it can’t be outsourced,” Badran said. “The US acting like a human-rights NGO just won’t cut it.”

Andrew Tabler, a Syria expert at the Washington Institute for Near East Policy, said military operations in the country would present difficulties not encountered in this year’s NATO intervention in Libya.

“Unlike Libya, Syria has a massive air defense system. The US could handle it, but not the Turks,” he said

Indeed, send the American kids and maybe the Canadian kids to die for Israel. 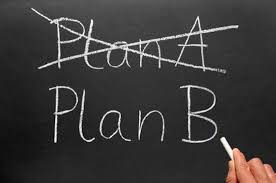 One more stop back in Turkey- Scenarios for Turkey's involvement

Unilateral military intervention is unlikely. A core dimension of Turkey’s policy towards Syria is the formation of an anti-Assad chorus. The implication is that Turkey is trying to avoid taking unilateral action against Syria, preferring instead to coordinate with the Arab League, NATO, and other concerned actors.

Let's look at the second scenario-

Turkey could intervene to set up a secure buffer zone inside Syria, or participate in the implementation of “humanitarian corridors,” to help civilians affected by the unrest in Syria. If such a zone is created, the Turkish military would guard it. While the border between Turkey’s Hatay province and Syria offers a probable site for this initiative the area, is, in fact, highly sensitive because the border is patrolled by the Syrian military. While the proposal falls short of military intervention, humanitarian convoys might need armed protection supported, ideally, by a UN resolution, should Damascus refuse to accept such a proposal.

Turning these plans into actions is tightly linked to certain developments in Syria, one of which is inter-sectarian violence. (fomenting civil war)

Recall the killing of the Kurdish leader? Done to foment inter-sectarion violence.

Not done by Assad or the military.

Think of the Alawite concerns mentioned above?

The third scenario for Turkey's involvement revolves around sanctions-

The latest sanctions recommended by the Arab League could possibly pave the way for the emergence of a resolution to the humanitarian issue in Syria. Advocates of the decision say these sanctions are specifically targeted at the regime.(Bullshit, sanctions are always done to target the populace) They hope the population will be able to cope. However, the economic package of sanctions will certainly affect Syria’s citizens and could develop into a humanitarian problem that will force a call for international intervention. In this regard, countries like Russia and China that currently threaten to veto resolutions against the Syrian regime may come under pressure to comply with international obligations. Should that happen other foreign powers will have the authority to implement “humanitarian corridors,” or create buffer zones.