Look at this post at Part 2 of a series. You should very minimally listen to the interview in the previous post
for some background. Syria- Lavrov Interview "Our priority is to stop violence" Corbett interviews...
Unless you are on of the many who have been hanging around for a while now?
And yeah, we are going long. Then there will be a part 3. Breaking news and it is despicable.

Below is the post I began working on early this morning

While searching around for news regarding the US decision to arm the NATO mercs aka msm rebels some interesting news pieces came to my attention that caused a rethink of the agenda in Syria.

First of all..... I believe the decision by the US will be against arming the mercs.
Strictly for perception management reasons.  It is simply not a big deal if the US doesn’t overtly send arms. All here are very well aware the US has been supplying weapons for a dam long time now. Also, this article makes clear that if the US does not, the EU will.

If US does not arm Syria's rebels, Arabs, Europeans may.

Therefore, for simple propagandist reasoning, to continue on with the control of your mind, that to continue promoting that fallacious lie that the US is taking a ‘hands off’ or ‘lead from behind’ approach, the US will not openly acknowledge arming the mercs.

Though no decision, was made either way regarding  US weapons to NATO’s mercs, the US has taken another course of action


The lifting of sanctions includes the export of commodities in various domains such as technology, agricultural production, power generation, oil and gas production, construction and transportation.

U.S. Secretary of State John F. Kerry has signed a limited waiver of the Syria Accountability and Lebanese Sovereignty Restoration Act of 2003 that allows the export of U.S. origin commodities to the opposition-controlled areas of Syria.

We all have to consider that the plan for destabilization of Syria was not written in stone.
Unlike the alleged 10 commandments...
If there was a plan A and that fell through there was surely a plan B, C, D and so forth and so on.
Recall  in the early days of the Syrian take down western intelligence outfits had it all figured out that Syria would fall and Assad would be gone in a very short time. And that failed.
The western intelligence apparatchiks underestimated the loyalty of the Syrian people and Army to the nation. That was their miscalculation.
So, of course the psycho empowered ‘leaders’ would have to shift gears.
What if the shift, after the hoped for quick collapse failed to materialize, moved to a grinding down of not just Syria, but Lebanon and perhaps taking in Iraq? With an eye to Iran, eventually.

And what of the role of Israel in this destructive campaign?
As readers here know I have written numerous posts on Israel backing/supporting/enabling the hired killers. And the hired killers responding in kind. It is that aspect we will take a brief look at after a quick digression to Turkey? I still think, at this time, Erdogan is safe. The protests may be playing into that perception of the whole area being unstable or in chaos. Erdogan looks to me to be in business still.Fez left a comment in the previous post regarding the potential partition of Turkey.. worth keeping an eye on.
Mossad director meets Turkish Intelligence Chief : Good thing Obama brokered their 'kiss and make up' 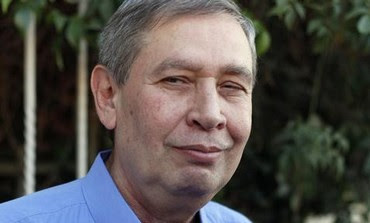 Came across this article in Le Figaro,

These two approaches are now joined by a third way: those who expect a continued Bashar al-Assad to power in Syria weakened

For proponents of this reading, the prolonged confrontation between Assad and pro-Iranian Shiite with Salafi jihadist allies (of Israel, allies of Israel, this is clear) is the best imaginable scenario.

"As long as the war continues," writes Yossi Melman in the Jerusalem Post, "Syria will weaken, thousands of Hezbollah fighters fall to defend Assad and his regime, and Iran's policy is found in disturbed. Events play for Israel and the strategic situation will continue to improve. But no Israeli official to publicly admit ... we have the right to think, not to say. "


This may help to explain Israel’s position in the Syrian situation.   If they ,NATO/Israel can’t get Assad out and their compliant Muslim Brotherhood lackies in.. then why not keep the war going. Inciting Lebanon constantly with a goal of dragging in Hezbollah fighters. Hoping the fighters take many casualties and Israel can swoop into Lebanon for an easy vengeful kill.  Unlike the last time when Hezbollah fighters kicked IDF to the curb So that is an interesting focus on Israeli involvement


The dangers for Hezbollah are obvious – that it may be drawn ever deeper into a bottomless pit of conflict in Syria that could leave it severely depleted and prey to a hoped for death-blow from Israel.

Hezbollah Secretary-General Hassan Nasrallah and other party officials have dismissed that possibility.

The next few weeks may tell.


Indeed the next few weeks may tell.

Contrary to the shock and anger expressed by Senator Paul, American policy in Syria is to de facto  assist allies of al Qaeda including the US  “Terrorist-listed”  Al-Nusra Front as well as anti-Iran, anti-Shia, and anti-Hezbollah groups gathering near al-Qusayr. These groups currently include, but are not limited to:  Ahl al-Athr Brigade, Ahrar al-Sham,  Basha’ir al-Nasr Brigades, Commandos Brigades, Fajr al-Islam Brigades, Independent Farouq Brigades, Khalid bin al-Waleed Brigade, Liwa al-Haq, Liwa al-Sadiq, Al-Nour Brigade, Al-Qusayr Brigade, Suqur al-Fatah, Al-Wadi Brigades, Al-Waleed Brigades and the 77th Brigade among the scores  of other Jihadist cells currently operating in, near, or rushing to, al-Qusayr.


I am including the above paragraph just because it is worth saying openly and plainly.
Yes, boys and girls the US and Israel are openly supporting, aiding, comforting, arming terrorists.
Not like it isn’t obvious anyway?

I hope you took in the interview with Lavrov and with James Corbett /MC from Global Research? Both Lavrov and MC make it abundantly clear, if you still maintain a sliver of doubt and how anyone could at this point in time???..... That Syria has been brought to this state of ruin by NATO/Israel using bought and paid for extremist killers.

While watching this video at WP. One obvious glaring omission from our whining terrorists..
Did you catch it?
Here is what I said to james  @ wp’s. Yes, you can read my comment over there. I did repent my foul language use ;)

So can we use foul language?
Ok, I won't. Even though I feel like it
The scum named all of his collaborators. and he didn't mention the Syrian people?
Notice that?
SA, Qatar. The other name that won't come to me. The traitors to the Lebanese in Lebanon. Those who are more loyal to their Israeli masters
Scummy General Idriss, who the US claims is a moderate..
Sure
But he did not mention the syrian people or freedom

To the mercs.. take a hint and go home
The syrians don't want you in their country
Go back and bring your justice to your own tyrannts
sick f'n bastards


The hired killer never once appealed to the Syrian people. The very people, that western media and governments ,while speaking from both sides of their talking heads, while lying through their rotten teeth tell us these murderous bastards are fighting for. For their freedom?! The takfiri did not once speak of the Syrian people.  Likely because he participated on the mass killing of many, many of them.
I feel as if I have been on the same message for too long now. It is time for mass awareness. It is time to stop the madness, the lies, the deprivation that NATO nations are engaging in with the quiet acquiescence of their lethargic populations.