Glenn Close raised in a cult?! The Moral re-armament cult?In her own words...

Glenn Close- Raised in a Cult. Celebrity news is not my norm, however, this caught my eye!
Perhaps this cult upbringing explains why she has a male name?
Glenn's father, a doctor? A CIA doctor? Entirely possible. In fact I would say, definitely!
She claims she was able to "break free" from cult indoctrination at 22, but, doesn't say how she managed what must have been a difficult process. She just "calmly walked away" Doubtful.
The scoop-

She spent a major part of her childhood with the Moral Re-Armament, a religious group her father joined when she was 7 years old. She also said she wasn't able to fully cut ties with the cult until she was age 22.

The Oscar nominee revealed she spent several years in a religious cult called the Moral Re-Armament during a recent interview.

Close, 67, said that she was 7 years old when her father, Dr. William Taliaferro Close, joined the group, which was led by Rev. Frank Buchman, described as a “a violently anti-intellectual and possibly homophobic evangelical fundamentalist from Pennsylvania.” 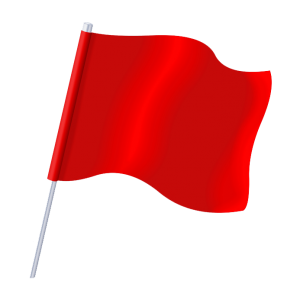 "When her father traveled to the Congo to work as a surgeon, which included a stint as the personal doctor to Congolese dictator Mobutu Sese Seko, she and her siblings were taken to the MRA’s palatial headquarters in Switzerland, where they stayed for several years. Her father’s work meant that they were separated from him for long periods of time."


See that red flag? It's there for a reason. A very important reason. Digression, brief but important and highly relevant- Mobutu Sese Seko was a CIA installed dictator after the assassination of Lumumba. Patrice Lumumba.

Being a vicious Anti-communist authoritarian, President Mobutu Sese Seko in Zaire received CIA dollars of appreciation during several decades of the Cold War. He rose to power in the early 1960s with the help of a lot of foreign-supplied guns and cash, much of which was provided to him by you know who


In the midst of all this is a young Glenn Close. Her father William, CIA cult adherent, participant and personal physicians to a CIA installed dictator put in place after a particularly brutal CIA overthrow.

Regarding the "moral re-armament cult" ?

Former CIA officer Miles Copeland claims that his CIA colleague Bob Mandelstam made "arrangements" with Scientology and Moral Re-Armament about this time.[24] (Moral Re-Armament is another cult-like organization; Copeland's information on MRA is confirmed by the late Jim Wilcott, an accountant with the CIA in Japan in the early 1960s, who wrote that MRA "was covertly supported and used by the CIA."[25])

Now, back to Glenn-

Glenn is very clearly talking about some heavy duty personality management and external control via cult indoctrination, influence and drugs, perhaps?  What roll did her Father play in this?  Did he administer drugs to her? He must have drugged Seko assisting the CIA in the coup and government management afterwards. Very, very curious stuff.

Glenn Close  and father William Close attend a film premiere in 1989. The actress has revealed that she grew up in a cult after her father joined the group when she was age 7.

"I wouldn't trust any of my instincts because (my beliefs) had all been dictated to me," she added. Close moved back to the United States at age 15 to study at a Connecticut boarding school, but wasn’t able to completely cut ties with the MRA until a few years later. She said that she would have dreams about the experience while enrolled at the College of William and Mary at age 22.
“I would have dreams because I didn't go to any psychiatrist or anything," the actress said. "I had these dreams and they started with betrayal ... and then they developed into me being able to look at these people and say, 'You're wrong. You're wrong.'

“And then the final incarnation of those dreams was my being able to calmly get up and walk away. And then I didn't have them anymore."

One thing Close did not reveal was her reasons for how she was able to break free from the group.
"I'm not going to go into all of that," she says. "You can't in an interview."

But she did discuss how she came to find closure with her father, who left the cult in 1977 and passed away in 2009.
"I wrote him everything, everything I felt about our relationship, and it was extremely honest," she said about a letter she wrote him when she was in her 40s.
"I always thought, the way life works, the burden of forgiveness is on the child," she added. "That's the way it goes. Forgiveness is probably the most revolutionary concept there is right now in our world.
“Because without forgiveness, you just perpetuate what has been before. You (have to) say, 'It's going to stop with me.'"

You just perpetuate what has been done before- You have to say it's going to stop with me
Of course, Glenn Close gives no clue as to what has been perpetuated.
Posted by Penny at 9:18 AM