I stumbled across a rather large and interesting article posted at, new to me, site called FoxTrot Alpha    The excerpted information seems to be a compliment to my previous post Russia building an A2/AD Bubble over Syria/Levant

Looking for some input from the more military minded persons...


“On a larger scale, Russia’s overall strategy in the region is becoming clearer. With an reinvigorated relationship with Iran and a strengthening one with Iran’s good friend Iraq, Russia could soon wield some form of control over the northern Middle East, ranging from the Mediterranean to the edge of Afghanistan. The upside to such a strategy can be seen by recent agreements between Iran, Iraq and Russia to share intelligence on ISIS, with Russia being cleared by Iraq to perform intelligence flights over Iraq"
Overall, this strategy could be seen as a counter-balance against Sunni-led Arabian Peninsula states that mostly all have tight relationships with the United States”(And Israel)

Brief digression: Is this the reason the Saudi/Iran discord meme is playing big time- Mentioned by anonymous and quite frankly cannot be missed by anyone!

AnonymousOctober 1, 2015 at 9:44 AM
Begs your question: Who benefits?
The Saudi vs. Iran clash meme is in overdrive. Who benefits?

FoxTrot Alpha “As far as Putin’s ability to control the airspace over Syria, he can do that right now by simply calling it his and launching limited fighter patrols. The U.S. would have to challenge it, or flat out destroy Russia’s capabilities in Syria in order to neuter it. The U.S. could easily do this at this point in time, but it is highly doubtful the Obama Administration would be even willing to float the idea of doing so. Such a standoff, or especially an attack, could lead to a game of potentially World War III inducing brinkmanship"

We are all aware that Russia spent a second day undertaking strikes cooperating with Syria and friends? Or at least I hope so?  Interestingly Jisr al-Shughur was struck. Whoa! That rings a bell. Early on in the destabilization of Syria- CIA backed mercs crossed the Turkish border and killed many- It sticks in my mind

"As time goes on, removing Russia from Syria or even challenging whatever airspace it wants to declare off limits — most likely that over western Syria to begin with — will become much harder. Russia has the ability to deploy advanced long-range surface-to-air missile (SAM) systems, some of which are the most advanced in the world. When paired with advanced short-ranged point-air defense systems already deployed to Syria, Russia’s S-400 SAM system could deny access to airspace within a 250 mile radius surrounding Latakia Air Base. Using the less advanced but still capable S-300 SAM system, the same one Russia is selling to Iran, they can defend airspace out to about 90 miles surrounding the SAM site’s location"


"If counter-air multiple systems are deployed in a “layered” manner, accessing Russian-controlled airspace over and around Syria will become more problematic and dangerous, it is as simple as that. Even deploying the S-300 system would give Russia persistent anti-air capability deep into Syria and far out into the Mediterranean Sea, and even over Lebanon and southwestern Turkey.

In addition to its aerial arsenal in Syria, shore-based anti-ship missiles, land-based land attack cruise missiles and rocket artillery can also provide a defense against ships approaching Syria’s coast or potentially hostile land formations approaching from any vector. Additionally, if Russia were to eventually deploy conventional short or intermediate range Ballistic missiles to Syria, they could put U.S. and allied air bases and infrastructure at risk within many hundreds of miles of Russia’s outpost in Syria"

The big picture is that Putin will likely setup an invisible anti-access fortress over his bases in Syria, one that can keep NATO and allied capabilities at bay should Moscow decide it is necessary to keep them away. A similar anti-access scenario has been set up in Crimea, with the potential to put any ship in the Black Sea and any aircraft in the northern part of the Black Sea at risk.

The thing is, these are all options, none of them have to happen, but they are readily possible under the current circumstances. Putin knows that options are worth their weight in gold to any military commander, and his current force posture in Syria gives him just that, a lot of options.

Above all else, Russia’s military moves in Syria and its geopolitical moves around the globe are aimed to embarrass and to weaken America’s image as the world’s only super power and as a reliable and brave player when it comes geopolitics and fighting terror" 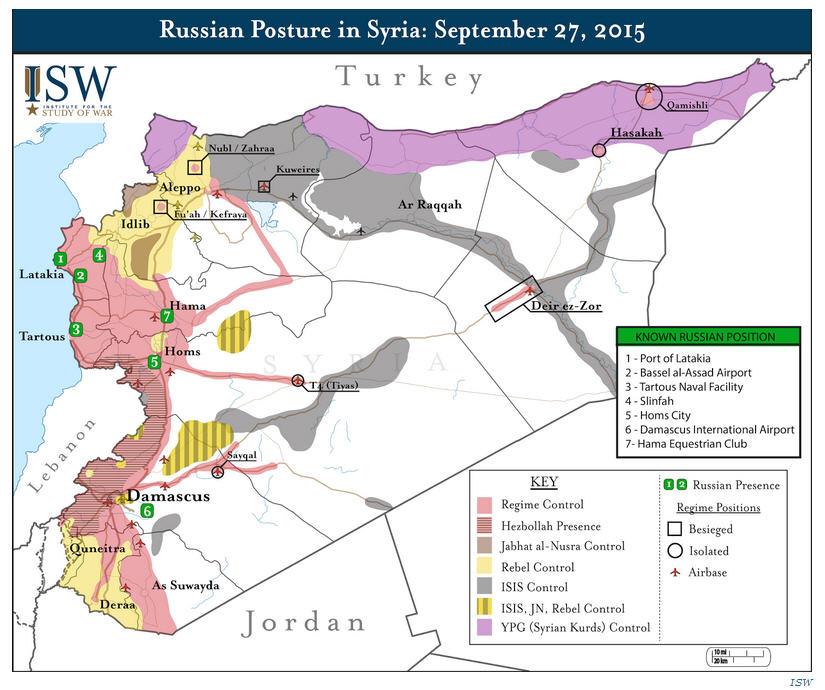 Jay Dyer speaks has recently addressed the topic of state craft and the projection of power in some very interesting ways- I’ll save that for another day. However as I read through this article and in particular the last paragraph “embarrass and weaken America’s image and the world’s only superpower” it occured to me that Putin had indeed projected/promoted Russia’s statecraft in a far reaching a rather remarkable fashion.

There is more to read at Fox Trot Alpha & to the more military minded some input would be greatly appreciated :)
Posted by Penny at 8:05 PM