Ok, one quick post- Just too good to pass up- The identity politics battle plays it out on the means streets of Toronto- "Black Lives Matter" VS Pride Paraders

Classic divide to Conquer! And all this occuring while Justin Trudeau was marching with an aids infected Syrian refugee- How many hot button memes in this news alone! (It's the theatre of the absurd and I can't resist)

Pride Toronto’s director said the document of demands he signed after Black Lives Matter Toronto stopped the annual parade on Sunday is not a binding agreement, but is instead only a promise to have a conversation with the activist group.

Not binding eh? Bet that'll be decided in the courts


The BLM protestors, who led the parade, stopped the celebration about two thirds of the way along the route to make their demands. The list included more funding for black queer groups, and removing all police floats from future parades.
Refusing to move until Pride agreed, executive director Mathieu Chantelois signed the document and the parade continued.

Chantelois told CP24 on Monday that the decision to no longer include police floats in Pride is a decision that needs to be made by the community, not BLM.

“Yesterday, we agreed to have a conversation about this. We agreed that we will bring this to the community and to the membership, but at the end of the day, if my membership says no way, we want to have police floats, they decide.”

BLM said they did not tell organizers about their plan to hijack the parade, an act that has since been called a “win” by the group, but widely criticized by many others.
Janaya Khan, a co-founder of the Toronto chapter, said the 30-minute planned protest that blocked the celebration at Yonge and College for its “anti-black practises” was kept “on a communal level.”

“Pride organizers were not made aware at the time because we did not feel that would be the most impactful action,” Khan said.


Pride is being accused of racism- "being anti-black"

Justin & the Syrian 'refugee' with Aids

Is aids the worst problem of the so called refugees, brought into Canada, who are mostly not Syrian! 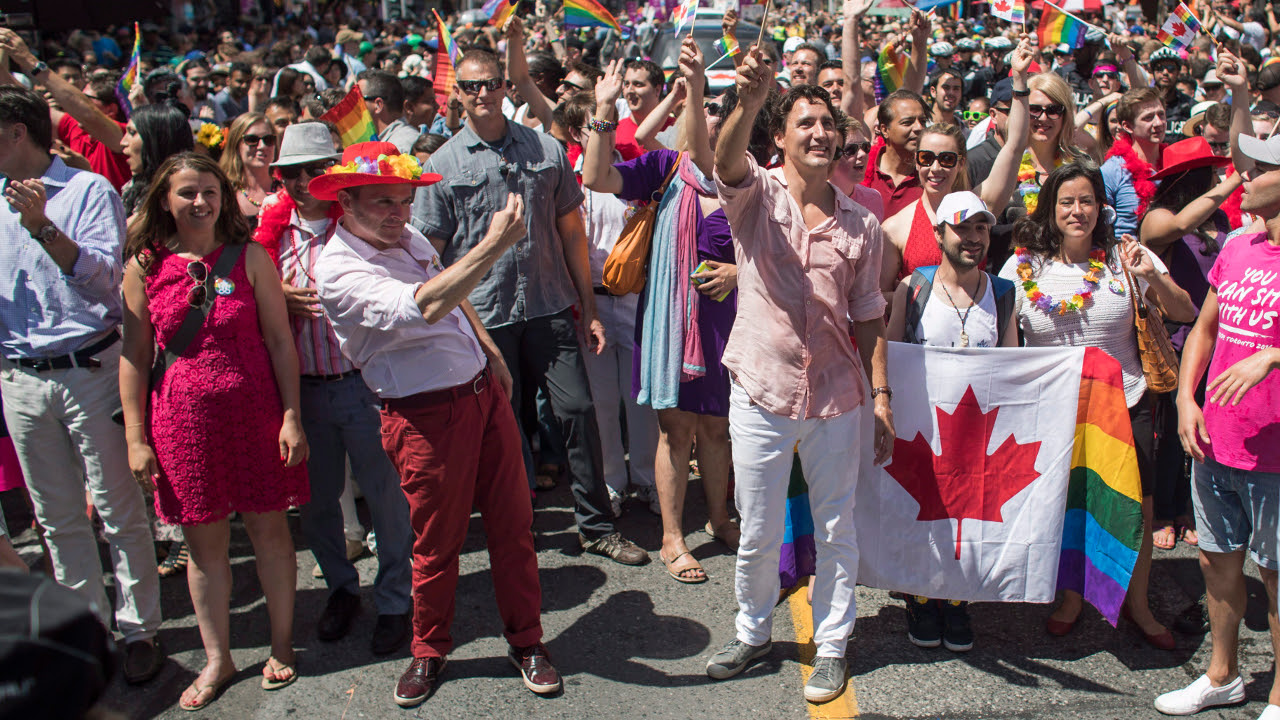 The migrant, Bassel Mcleash, was indeed born in Syria. But he hasn’t lived there in four years. He’s been living and working in Egypt.
I also see in the CBC story that Mcleash is HIV-positive. As in, the precursor to AIDS.
The Canadian AIDS Society estimates that the lifetime cost of treating someone with AIDS is $1.3 million dollars.


As Canadians, born and raised, paying a life time of taxes watch their healthcare and everything else going away...

No name calling though. I guess that's just for us heterosexual persons. Everyone else is to be taken very seriously except us powerful people- wink, wink.

My husband commented to me about the smirk on my face as I post this- He says you're enjoying this one and I said, yah, it's quite humorous!