As news broke approximately 11:45 am est and continued...

MOSCOW, December 19. /TASS/. The man who assassinated the Russian Ambassador to Turkey, Andrei Karlov, on Monday night is identified as Mevlut Mert Altintas, a former office of the Turkish police who was fired from the forces of law and order in the course of investigation of the July 15 abortive putsch, Haberturk news portal said.
Altintas, 22, was involved in FETO terrorist organization.

The assassin was killed by security guards on the spot and a police ID was found on him.

Which security killed him?
He should have been quite easy to identify- since he went in front of all the cameras present and made a political rant/chant.
Turkey is infiltrated in many ways-

Turkey will not allow Monday's shooting of Russia's ambassador to Ankara to "cast a shadow" over Turkish-Russian friendship, the foreign ministry said on Monday, expressing deep sadness and condemning the "lowly terrorist attack".
The statement, paying tribute to the ambassador as being a well respected diplomat, said the attacker had been "neutralised" and that those responsible for the attack would be brought to justice"

There will be no fresh cooling in relations between Moscow and Ankara, no matter how strongly our strategic opponents in Ankara and the West want this," said Leonid Slutsky, chairman of the State Duma or lower house of parliament's international affairs committee.
"It's a horrendous tragedy, but relations between our states will not suffer" he added.

Foreign Minister Mevlüt Çavuşoğlu was informed about the fatal shooting of Russian ambassador to Russia, Andrev Karlov while he was on the planet to Moscow, a Turkish official said.

A crisis management team was formed in the foreign ministry immediately after the attack and the necessary information was delivered to Russia through diplomatic channels, the officials said.

Çavuşoğlu was reported to be in direct coordination with the team while he was on the plane and also after he landed in Moscow.


The attack comes a day before FM Çavuşoğlu, Russian counterpart Sergei Lavrov, and Foreign Minister Mohammad Javad Zarif of Iran were to hold unprecedented tripartite talks on the Syria conflict in Moscow.

I want my readers to pay attention  to who is spinning this episode in order to demonize Turkey. Because Putin isn't going there! Turkey and Russia are making clear statements that this was a provocation because of their cooperation wrt Syria And the normalization of the two nations relations- I've written at length about this cooperation while many in the so called alt media have continued on with their disinfo/misinfo ways- Here's your chance to discern readers...

The fatal attack on Russia's ambassador to Turkey, who was killed by a gunman on Monday, is "clearly a provocation" aimed at undermining both Russian-Turkish relations and the settling of the Syrian crisis, Russian President Vladimir Putin said.
"This murder is clearly a provocation aimed at undermining the improvement and normalization of Russian-Turkish relations, as well as undermining the peace process in Syria promoted by Russia, Turkey, Iran and other countries interested in settling the conflict in Syria," Putin said in a statement on Monday evening.

The "only response" to the attack that Moscow "should offer" is "stepping up the fight against terrorism," the president added.

"The killers will feel it," Putin said.

Saying that ambassador Andrey Karlov "was a brilliant diplomat, widely respected in the country where he was posted," the president added the Russian diplomat "was in good standing with both the government of Turkey and other political groups in that country."
Russia's Investigative Committee has already launched an investigation into the murder, Putin said in his statement, adding that he had held a phone conversation with his Turkish counterpart, President Recep Tayyip Erdogan, on the matter. Russian and Turkish officials will cooperate, Putin added.
"We have to know who organized this killing and gave orders to the assassin," the Russian leader said.

Putin also ordered security to be strengthened at Russia's diplomatic missions abroad, as well as Turkish missions in Russia.
Saying that he knew Karlov personally, and calling him a "kind man," the president tasked officials with awarding the assassinated ambassador posthumously and initiating a memorial for him.

"He was killed while performing his duties," Putin said.


Turkish, Russian and Iranian FMs to meet on humanitarian crisis in Syria 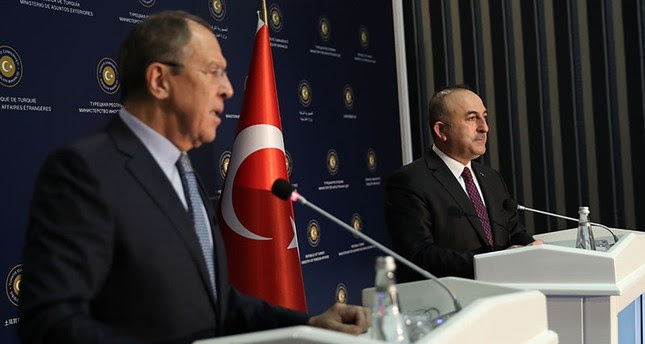 Turkish, Russian and Iranian foreign ministers are expected to meet in Moscow on December 20 to discuss the Syrian crisis amid recent diplomatic traffic between Turkey, Russia and Iran over the humanitarian crisis and the evacuation operation in Aleppo.

The defense ministers of the three countries will also hold a meeting on the same day, Russian military said.

The head of the Russian Duma later confirmed that scheduled talks between the foreign ministers of Russia, Turkey and Iran will take place despite the assassination of Russian ambassador to Ankara Andrey Karlov on Monday evening.