And the Oscar goes to..... The Greatest Unconscious Carrier of Propaganda!

Propaganda won the night. In every way imaginable. Sweeping not just the awarded (e)motion pictures but the very ceremony itself. Typical

As the father of modern propaganda, Edward Bernays wrote: 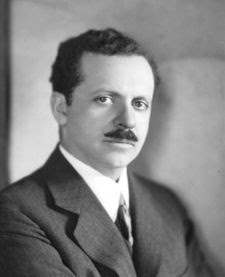 “The American motion picture is the greatest unconscious carrier of propaganda in the world to-day. It is a great distributor for ideas and opinions.  The motion picture can standardize the ideas and habits of a nation.” (Bernays 1928)

Judging by the news today the Asche Experiment was being fully employed also!  If you didn't read this previous post: Asch Conformity Experiment & How the Trump Effect Will be Good For Muslims

" While Hollywood vented its anger against Donald Trump Sunday, it gave La La Land a lot of Oscars — but as it turned out, not the biggest prize, after the biggest mistake in Academy Awards history"


All of Hollywood against Trump? The "shocking end" of show "mistake"- OH MY!

The jokes on you if you don't see the entire presentation and awards as perception management or propaganda.  The ritualistic Oscar ceremony is itself theatre (play or other activity or presentation considered in terms of its dramatic quality) equal to the movies they purport to recognize with such prestige (conjuring trick : illusion)
What should come as no surprise to readers here is that the White Helmet terrorist documentary won an Oscar as did a movie from an Iranian fellow. I've written about the White Helmet terrorists on multiple occasions. Those prior posts will be relinked at the bottom- Let's read what was said about the Foreign Language film winner


"The most pointedly political award of the night was Best Foreign Language Film Oscar to Iran’s Asghar Farhadi, for his moral drama The Salesman. There had been speculation Academy voters would use this category to hit back at Trump’s travel ban, and it appears they did just that"

A foreign language film that no one is going to see.  Was it a good film? Who cares! The award was purely political. Purely manipulative. Iran is now in your subconscious and that is not a coincidence since Hollywood is part and parcel of the military industrial complex and Iran is a target.

Syria and Iran
Iran and Syria

Two US Military targets placed into your mind by the (e)motion picture/military industrial complex.

Falling into War with Iran: