Where to begin? How about a quick overview? 5 points.

1st-  Armenia is the party least interested in a ceasefire. Azerbaijan has international law in it's corner.  NK being recognized at their territory. Yes, Azerbaijan will fight should it be required, but, they have less incentive to do so when they can negotiate to settle the issue

3rd- Armenia has definitely been using foreigners to fight. Besides early reports which had PKK kurds on the ground, which are vastly more credible then reports of Turkey sending Sunni Muslims mercenaries to fight alongside the  Shia Muslims of Azerbaijan  (It’s not believable for more reasons then the obvious Sunni versus Shia dynamic) The PKK and the Armenians have forged relations in Syria that have been discussed more then once at the blog. Their friendly relations boggle my mind, since the Kurds killed many Armenians during the reign of the Ottomans. Apparently all forgotten?

A number of foreign passports/identification has been retrieved from Armenians (using that term loosely) killed in battle. One was a Canadian citizen.  I’d seen news of his passing in the media here in Canada. So naturally this required some additional digging. Let’s connect the dots 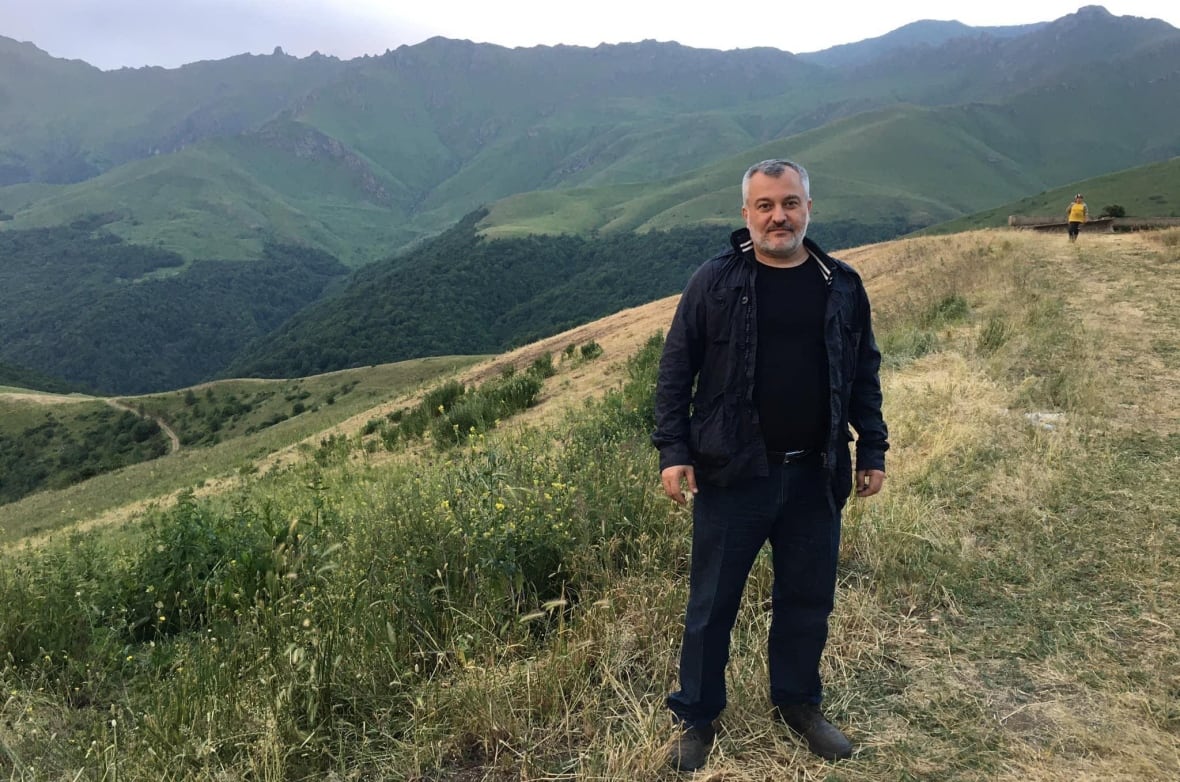 Kristapor Artin, a former Toronto resident who moved to Armenia in 2011, was killed while fighting against Azerbaijani forces in the breakaway Armenian-populated region, the Armenian National Committee of Canada (ANCC) said on Wednesday.

"It is with great sorrow that the Canadian-Armenian community mourns the passing of one of its repatriated members, Kristapor Artin," the ANCC said in a Facebook post, adding that he was "an active member of the Toronto Armenian community, before repatriating with his family to his homeland, Armenia.

Born in Beirut, Lebanon. Immigrated to Canada. Became a citizen. Then went to Armenia. Then came back to Canada. Maybe? Because his bio has some missing years. Where was he from 95 to 2001? Clearly he fought in 93/94 when Armenia ethnically cleansed the region of it’s Azerbaijan citizens. In 2001, he returned to Armenia and got married.

The FB page that features Kristapor Artin is tied to the organization called-  The International Center For Migration Policy Development (This NGO appears to be a front group for the movement of persons, globally)
Dig a little more And we get to the MIBMA(affilliated with aforementioned NGO) but dealing specifically with Armenia’s “border management”

The project is funded by the European Neighborhood Partnership Instrument (ENPI).  The project runs from January 2016 until December 2019.

The overall objective of the project is to enhance approximation of the migration and border management in Armenia to European standards of governance, in order to increase security, facilitate trade, and support the possible visa liberalization dialogue between the European Union and Armenia.

This NGO's work/purpose  appears to be a project to direct the Armenian diaspora into disputed territory in order to change the dynamics on the ground.  To fight/terrorize if need be. Like the early beginnings of Israel.

4th - Pashinian, as has been repeatedly mentioned is a colour revolution flunkie. He has Macron fully on board.  The so called alt media has been dancing around this reality. But, it can’t be danced around unless the intent is to deceive. Pashinian is a servant to the global oligarchy that is determined to break up nations. That means Russia, Iran and Turkey as well as Azerbaijan. In order to create the remade ME/NA and Asia that is happening as I type this report.

5th- Some parties want Turkey and Russia at odds, for sure. So far it looks to me as if Russia is leaving Armenia to it’s own devices. Numerous reasons for this have already been mentioned. Such as Armenia’s refusal to settle the NK issue and Pashinian’s colour revolution leadership

1- Western Imperial Powers will Recognize “Artsakh” Talked about this here previously. This move will certainly set the region alight!

2- Turkey and Russia will send peace keepers in. The issue of territory will be settled once and for all. The same type of cooperation as we see in Syria. Iran may participate as well.

As always, share some thoughts. Relevant to the situation of course.