Frankly speaking I'm not here to win any popularity contests. I'm here to write about reality as best as can be discerned, supported by factual information. (Read my disclaimer in sidebar) Since I’m dealing with what is accepted under international norms and laws- Nagorno Karabakh is, in fact, Azerbaijani territory. (Realizing multiple arguments can be made for or against)

What Armenia Won't Tell You About It's Occupation of Azerbaijani Land

This oped is written by:  Dr. Farid Shafiyev is Chairman of the Baku-based Center of Analysis of International Relations and Adjunct Lecturer at ADA University, Azerbaijan. He holds a Ph.D. from Carleton University and an MPA from the Harvard Kennedy School of Government, as well as a Bachelor of Law and a Diploma in History from Baku State University. He is the author of Resettling the Borderlands: State Relocations and Ethnic Conflict in the South Caucasus (McGill-Queen’s University Press, 2018) as well as numerous articles and op-eds.

“The events were reported in the world press, generally with a tone of partiality toward the Armenians.” I cite not recent opinions, but a quote from American scholar Tadeusz Swietochowski about the first violent clashes between Armenians and Azerbaijanis in 1905-1906 in Tsarist Russia. This long-established pro-Armenian trend continues today in much of the Western media in present circumstances as well.”

The slant was noticeable, immediately so, when the fighting broke out. This bias was mentioned straight away, here,  repeating "I've been reading through lots of material on the Nagarno Karabakh  situation. There is tons of disinfo. Lots of unsubstantiated claims. That's to be expected. What's very interesting and unexpected is the 5 eyes based "news" outlets spinning against Azerbaijan and Turkey, while propping up all manner of Armenian claims" It was unusual because we are supposed to believe that Armenia is an ally of Russia- However, that’s part of the perception management and is not entirely correct, because Pashiny(i)an is the product of a colour revolution, known as the Velvet Revolution 2.0,  backed by western NGO’s, such as NED and George Soros.

“A cohort of Western scholars, experts, and journalists writing about the conflict solely focused on geopolitics and history but remained largely silent on the most important element—namely international law—because it did not fit the pro-Armenian narrative.

In 1993, the UN Security Council, through four binding resolutions, reaffirmed Azerbaijan’s sovereignty over Nagorno-Karabakh and the seven adjacent regions under Armenian occupation and demanded the unconditional withdrawal of the Armenian occupying forces. In 2015, the European Court of Human Rights also highlighted that Armenia controls through occupation the sovereign territories of Azerbaijan.”

If we were talking about Israel's occupation of Golan, which is recognized as Syrian territory, the alt media would be delighted with Syria's moves. But they weren't. And they still are not.  With moves made by Azerbiajan to take back it's territory. Double Standard? Hypocrisy? Yup!

"Since 1992, Azerbaijan and Armenia have been working towards a diplomatic solution under the auspices of the OSCE Minsk Group, co-chaired by France, Russia, and the United States. In 2007, this effort produced the so-called Madrid Principles, which were updated in 2009 and accepted by both Armenia and Azerbaijan as the basis for implementing the return of the occupied territories. Since then, Armenia under various pretexts postponed this implementation and opted for maintaining the status-quo of occupation. In March 2020 the new leadership of Armenia under Prime Minister Nikol Pashinyan explicitly denounced the Madrid Principles. This had been preceded by Pashinyan’s August 2019 open declaration that “Nagorno-Karabakh is Armenia,” thus reconfirming the strategic goal of unification, i.e. territorial expansion. This in turn had been preceded by the March 2019 announcement of a new military doctrine by Armenia’s defense minister, David Tonoyan, which had called for a “new war for new territory”.

Clearly Armenia's been fixin' for a fight

"With a dead-end in the negotiation process and the increased military posture, Azerbaijan had no choice but to resort to the use of force, which it is entitled to under chapter 51 of the UN Charter. This is rarely mentioned in biased reports about the status of the conflict."

Recall my reporting on the fact that Russia, specifically Lavrov, had tried to get Pashiny(i)an to settle the issue. Pashiny(i)an rebuffed Lavrov?

Why did Pashiny(i)an refuse? Seems to me there were other plans in the works

Do read the linked article, excerpt below.

“Moreover, Moscow’s plans probably include resolving some of the more immediate issues, including putting the Armenian leader Nikol Pashinyan in his place (his position would be threatened if Armenia suffered a genuine defeat and underwent territorial losses, and because of his country’s deteriorating economic situation)”

Moscow, putting the Armenian leader in his place? We could look at it that way?  I prefer, feeling it is more accurate to suggest that Moscow might let Pashinyan stew in his own juices. Pashinyan is already in a bind (deteriorating economics) And will only have himself to blame if his actions make the situation in Armenia untenable. And Russia's defence pact does not extend to Nagorno Kharbak. Because it's not Armenian territory.

A few days ago, it was written here by your's truly:

NATO lackey Pashinyan refused to follow a peace plan elaborated by Sergey Lavrov? Russia will keep that in mind when dealing with Mr Globalist (a fact, again, that is just not mentioned or downplayed)

Continuing on with the oped from Dr. Farid Shafiyev

“Recent developments on the ground are thus portrayed in parts of the Western media with several clichés and entrenched stereotypes with the help of pro-Armenian writers. Aside from falsely framing the conflict as a religious one, the Pashinyan government also advances the narrative of democracy vs autocracy. It fails to mention that Pashinyan has imprisoned his political opponents; remains silent on the fact that his populist and increasingly ultranationalist rhetoric has been consistently bereft of a vision for how to accommodate Azerbaijani refugees and internally displaced person's (IDPs) who want to return to their homes, and fails to mention that Armenia’s occupation has resulted in the total and complete ethnic cleansing of the pre-war Azerbaijani population. This twisted idea of freedom exclusively for Armenians calls to mind white supremacist ideology that presupposes the physical extermination of non-whites. On the other hand, after another outburst of violence between the two countries in Tovuz in July, the public in Azerbaijan, finally disenchanted with even the slightest prospect of a diplomatic solution, staged a huge demonstration in Baku, demanding that the government overcome the diplomatic stalemate and act against Armenia.

Tens of thousands of Azerbaijanis demanding war with Armenia protested in Baku, challenging the government to take a harder approach to the conflict and breaking into the country’s parliament building.

The unprecedented protest came following three days of fighting on the Armenia-Azerbaijan border and the deaths of at least 11 Azerbaijani soldiers, including Major General Polad Hashimov. The outpouring of rage, partly directed against the government, illustrates how difficult it will be for the authorities to control the patriotic fervor that has arisen as a result of the clashes, the worst violence between the two sides in years.

The protest appeared to be spontaneous and unorganized. It grew out of a funeral on the evening of July 14 for one of the fallen soldiers in the Akhmedli district of Baku. Mourners then began marching toward the center of the city, gathering others as they walked, local independent media reported.

The protesters chanted slogans “Karabakh is ours,” “End the quarantine and start the war,” “Commander-in-Chief, give us weapons,” “Karabakh or death,” “Najmaddin resign,” “We will not leave until Karabakh is liberated.” Najmaddin Sadigov is the chief of staff of Azerbaijan’s Armed Forces.

Some news reports about the ongoing hostilities by outlets such as the BBC and Reuters contain unconfirmed sources about Syrian fighters in Azerbaijan. During the previous major outbreak of violence, in April 2016, Armenia made claims about ISIS recruits in Azerbaijan. Pashinyan himself voiced the information about Muslim radicals walking in the streets of Baku and demanding the closure of stores selling alcohol. The term “fake news” gets thrown about casually these days, but in this case, it is entirely appropriate. Despite being fully debunked, parts of the Western media, in my view, having predisposed Orientalist stereotypes against Azerbaijan, which eases the lobbying efforts of Armenian ultranationalists.

In fact, Azerbaijan, even with its democracy deficit, is a country with strong secular traditions that has prosecuted Islamic radicals to the full extent of the law, imprisoned ISIS fighters, supported U.S. operations in Afghanistan and Iraq, and assisted Western intelligence agencies in eradicating terrorism. Frankly, today’s Azerbaijan is a Muslim country as much as The Netherlands is a Christian one. The Armenian lobby groups in Washington, such as the Armenian National Committee of America and their recruits on the Capitol Hill, including several sitting Congressmen and Senators, do a big disservice to U.S. national interests by advancing the narrow xenophobic and extremist agenda of one ethnic group.

Fewer than two months ago, the wife of Armenia’s prime minister posed with a gun in front of cameras in the occupied territories of Azerbaijan, which is consistent with her husband’s rejection of the diplomatic option to achieve a solution through good-faith negotiations. And thus both sides have found themselves having recourse to arms. Either way, the Armenian occupation of Azerbaijani lands will come to an end.

You want more information on this subject? I got it! 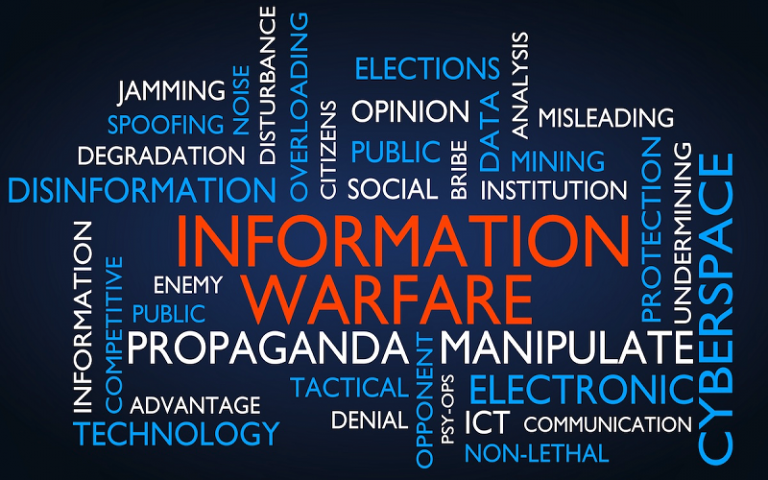 Eduard Aghajanyan, Chief of Staff to the Prime Minister of Armenia, released a statement on October 7, calling on his compatriots not to give in to disinformation presenting Georgia and Georgians as supporters of Azerbaijan in the ongoing conflict over Nagorno-Karabakh.