Covid Vaccine Recipients Develop Rare Blood Disorder. Hematologist: “Having it happen after a vaccine is well-known and has been seen with many other vaccines”

We already have a nearly 80 x THE USUAL RATE OF ANAPHYLAXIS.

Incidents of facial paralysis and other neurological disorders. (Previously covered here)
Now we have Covid vaccine recipients developing rare blood disorders for a virus with a nearly 100 percent survival rate. Too bad people have been so thoroughly media terrorized that they’ve lost all rationality that would enable them to understand, ah... reality.

Because all people are not the same it’s only sensible that vaccines are by their nature an inappropriate one size fits all form of “treatment”. I’m using the word treatment very loosely. Vaccines should not necessarily be considered treatments- given their problematic reality. Including the questions behind the very reasoning for their being. 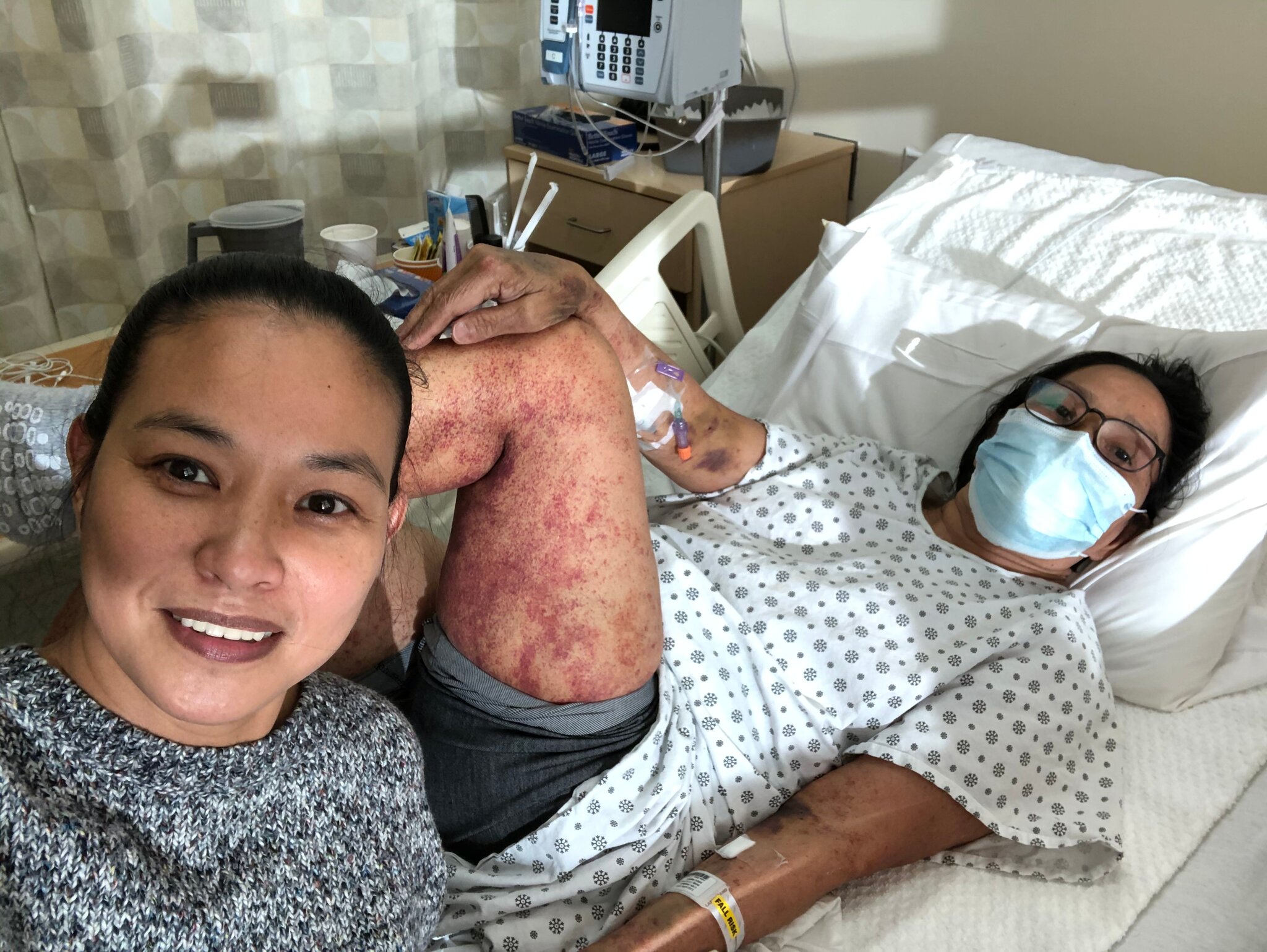 "One day after receiving her first dose of Moderna’s Covid vaccine, Luz Legaspi, 72, woke up with bruises on her arms and legs, and blisters that bled inside her mouth.

She was hospitalized in New York City that day, Jan. 19, with a severe case of immune thrombocytopenia — a lack of platelets, a blood component essential for clotting.


The same condition led to the death in January of Dr. Gregory Michael, 56, an obstetrician in Miami Beach whose symptoms appeared three days after he received the Pfizer-BioNTech vaccine. Treatments failed to restore his platelets, and after two weeks in the hospital he died from a brain hemorrhage.

Dr Gregory Michael's death by vaccine was covered January 8th/2021. Refresh your memory at the link immediately below

It is not known whether this blood disorder is related to the Covid vaccines. (bullshit) More than 31 million people in the United States have received at least one dose, and 36 similar cases had been reported to the government’s Vaccine Adverse Event Reporting System, VAERS, by the end of January. The cases involved either the Pfizer-BioNTech or Moderna vaccine, the only two authorized so far for emergency use in the United States.

Hematologists with expertise in treating immune thrombocytopenia said they suspected that the vaccine did play a role. But they said that cases after vaccination were likely to be exceedingly rare, possibly the result of an unknown predisposition in some people to react to the vaccine by developing an immune response that destroys their platelets. The disorder has occurred, rarely, in people who received other inoculations, particularly the measles-mumps-rubella one.

“I think it is possible that there is an association,” Dr. James Bussel, a hematologist and professor emeritus at Weill Cornell Medicine who has written more than 300 scientific articles on the platelet disorder, said in an interview. “I’m assuming there’s something that made the people who developed thrombocytopenia susceptible, given what a tiny percentage of recipients they are.”

He added: “Having it happen after a vaccine is well-known and has been seen with many other vaccines. Why it happens, we don’t know.

Dr. Bussel said it was important to share information about the cases, because severe thrombocytopenia can be serious, and physicians need to know how to treat it. Sometimes the condition resists standard therapies, and if very low platelet counts persist, the patient faces an increasing risk of severe bleeding and even brain hemorrhage.

He and a colleague, Dr. Eun-Ju Lee, have submitted an article to a medical journal on 15 cases in Covid vaccine recipients they identified by searching the government’s database or by consulting with other physicians treating patients. The report provides information about treatments and urges doctors to report cases. It also notes that it is too soon to tell whether the affected patients will have lasting recoveries, or recurrences of the platelet problem.

Dr. Jerry L. Spivak, an expert on blood disorders at Johns Hopkins University, also said the connection to the vaccine appeared real, but predicted that cases would be exceedingly rare and called them “idiosyncratic,” perhaps related to underlying traits in individual patients.

Related to underlying traits you may not even know you have! And the possibility of permanent damage- If only you were exercising fully informed consent when receiving this vaccine? Without being coerced by all the fear. Sigh...

On Jan. 29, Dr. Bussel sent Ms. Legaspi’s physician, Dr. Niriksha Chandrani, an email labeled “my strong recommendations,” noting that he was “very afraid” Ms. Legaspi would have a brain hemorrhage, and advising a different course of treatment. Dr. Chandrani, the chief of oncology at Elmhurst, realized that Dr. Bussel was a leading authority on the platelet disorder, and she took his advice.

She had spent several sleepless nights worrying about Ms. Legaspi.

“I didn’t want her to die,” Dr. Chandrani said.

Another vaccine recipient, Sarah C., 48, a teacher in Arlington, Tex., received the Moderna vaccine on Jan. 3. She asked that her full name not be used to protect her privacy. 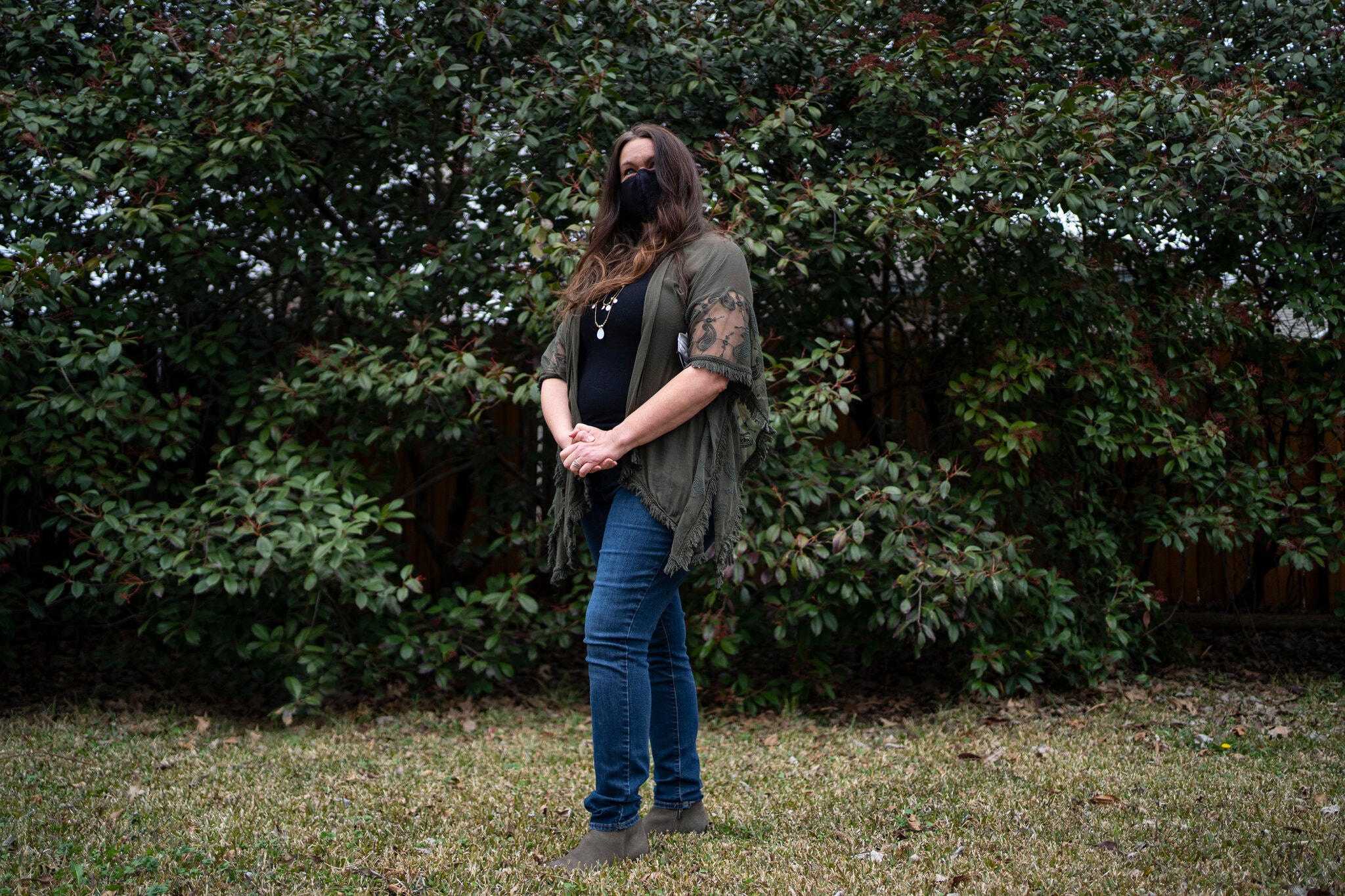 Two weeks later, she began to have heavy vaginal bleeding. After two days she saw her obstetrician, who ordered blood work and scheduled other tests. A few hours later, he called and urged her to go straight to the emergency room. He was stunned and hoped it was a lab error, but her blood count showed zero platelets. She had had a checkup with completely normal blood-test results less than a week before being vaccinated.

The reading of zero platelets was not a lab error. The results were confirmed in the emergency room, and doctors there also noticed red spots on her wrists and ankles, caused by hemorrhages under the skin. Sarah C. had seen the spots, but ignored them.

She spent four days in the hospital, receiving platelet transfusions, immune globulins and steroids to restore her platelet count.

Yet, the perceived authorities insist there are no concerns with this vaccine? But then there never are with any vaccine. They're all just the 'cat's meow' right?