Regional Remake Birth Pangs- Syria, In a Repeat of The Balkanization/Destruction Of Iraq

I've not forgotten about Syria. And the in plain sight ruse  of using KurdIShIS as the catalyst to accomplish the goal of destruction for rebuilding. Creation of chaos to reorder. Death for rebirth.

The YPG/PKK have committed acts of terrorism on many occasion in Turkey. Hence the  terror designation.
In reality the PKK appears to have always functioned as a stay behind army.
A NATO Stay Behind army.  Always at the ready to keep Turkey in check. 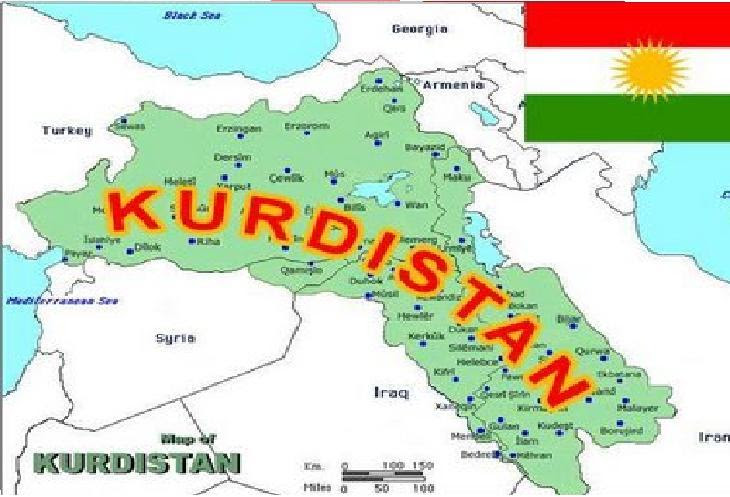 As has been stated, for so long now. The goal is to balkanize Syria, like Iraq, with a push towards the same goals in Turkey and Iran.

Can you see the Armenian factor at play? Look at the map. It provides insight into the most recent dust up in Nagorno Karabakh. Where again we saw the PKK playing a role.  The terrorists sent in from the Middle East were not sent by Turkey.

The Syrian Kurds ,so called, have always been largely PKK terrorists. Most of them with their roots in Turkey. But they've had help from Armenians and Uighurs. Backed by the US and friends. The PKK has always functioned as a proxy for western powers. And kind of stay behind army. Deployed to always keep Turkey in check.

Last month, the Israeli army said it had attacked 50 targets across Syria in 2020.

Turkey continues to block the Kurdish expansion to the Mediterranean. With Russia’s help.

The US has continued to bring in still more supplies to the PKK/YPG via Iraq. Same as has been done for a very, very, long time now. It’s been reported the US has built yet another base in the illegally occupied and annexed north east of Syria.

Kurdish security forces opened fire on pro-Assad government protesters in northeast Syria Sunday, killing one person and wounding several others, a monitor and state media said, as tensions rise between the sides.

Kurdish forces control a large part of the northeast of the war-torn country, but regime forces are also present there, including in the main regional cities of Hasaka and Qamishlo.  ( Al-Qamishli)

State news agency SANA published images of dozens of men in civilian clothing protesting in Hasaka on Sunday against an alleged “siege” by Kurdish forces of a government-held part of the city.

Kurdish security forces shot at the crowd, “killing one civilian and wounding four others”, SANA said.

The Britain-based Syrian Observatory for Human Rights, which relies on sources inside Syria for its information, put the number of wounded at three.

The Asayish released a statement Sunday evening blaming tensions on “Syrian government officials” and saying it had a “legitimate right to self-defence”, without specifically addressing the accusations.

Syria’s Kurdish minority built up their own semi-autonomous authorities in the northeast of the country during the civil war, although some state institutions remain.

The Kurds have been a key partner in the US-backed military campaign against the Islamic State jihadist group.

The not Syrian Kurds, with their US backers, carried out the KurdIShIS ruse enabling them to create an  unlawfully occupied, annexed territory chock full of American military bases in north eastern Syria. Damascus has kept hold of it some of the area complete with military and governmental structures intact. This is a source of tension for the usurping PKK/YPG

Deir Ezzor, SANA- The US occupation forces have carried out an airdrop in al-Baghouz town, east of Deir Ezzor and kidnapped three civilians.

Local sources told SANA that the US occupation forces carried out an airdrop Monday through one of its helicopters on the outskirts of al-Baghouz town in the Deir Ezzor eastern countryside and kidnapped three civilians, and took them to an unknown destination.

Throughout the past years, the US occupation forces have carried out similar airdrops, which were later found to be a cover for transporting their agents from Daesh “ISIS” terrorist organization in the countryside of Hasaka and Deir Ezzor to their bases in the Iraqi territory.

Clearly the goal has not changed. It will not change under the Biden administration. The remake agenda continues to be carried on. It started, Syria specific, under Obama, carried through Trump and will continue with gropin' Joe.

The remake of the region kicked off after 9/11 when the US established themselves as an occupier of Afghanistan- Bombing Iraq- Killing Saddam Hussein. And destroying the nation state of Iraq. Yes, big projects take time and this one has been going on for nearly 20 years..